29 August (Part 1) - Bexley Council. They really do hate you 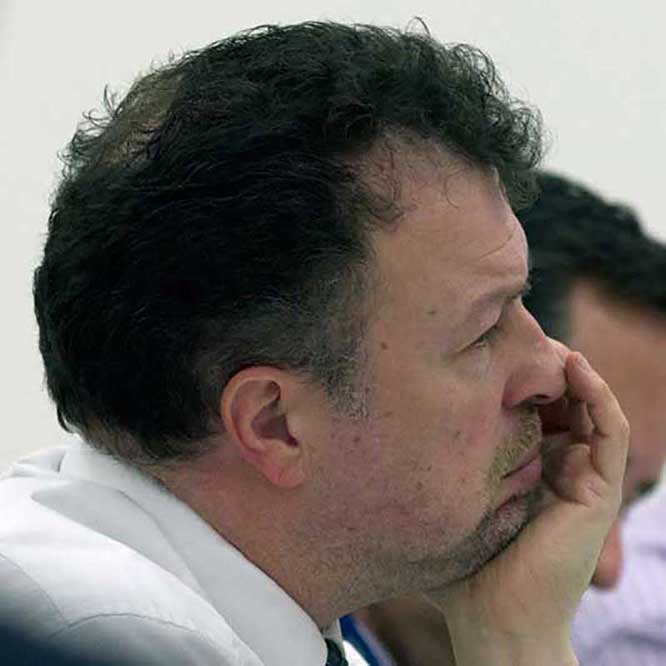 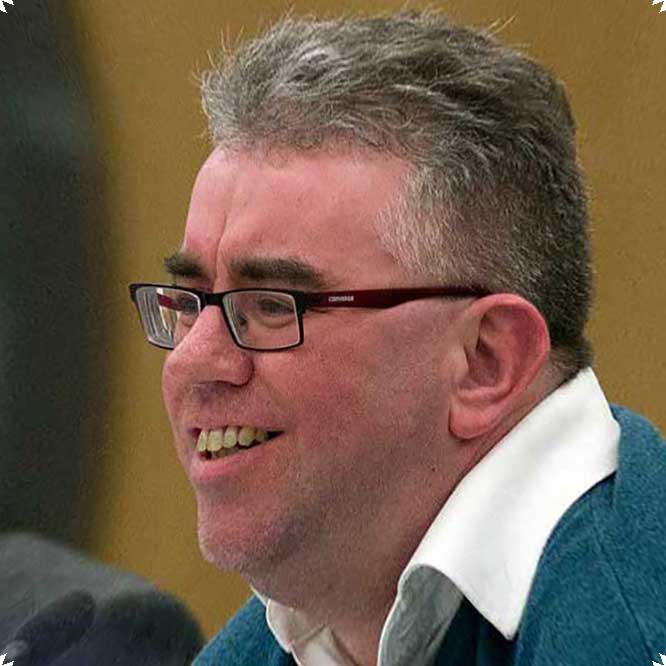 The bin strike has attracted quite a lot of new readers to Bonkers so maybe it is time to remind everyone of how it came into existence.

In 2009 the B213 Abbey Road through Belvedere was narrowed, not because it was accident prone, but to widen the footpath and make it a shared space for cyclists and pedestrians. I contacted both the people you see here but neither could provide an answer to any safety related question.

Eventually Andrew Bashford (left) fobbed me off with a reference to Transport Research Laboratory reports numbered 641 and 661 and an assurance that he had observed the codes of practice. At the time they cost best part of £200 each - that was me shut up wasn’t it?

What Bashford didn’t know was that my son was a Senior Consultant at TRL and whilst he didn’t write the reports he was in charge of the Department that issued them. On his next visit he gave his opinion on Bexley’s road design skills. Obviously they were not flattering. I made Bexley Council’s lies public and the result was Bonkers.

As my son predicted the rearrangements have caused a good number of accidents since, at least one fatal.

Another source of untruths is Cabinet Member Peter Craske; where does one begin? His misinformation over Abbey Road was far from being a one-off.

How about him standing right next to me at Hall Place telling a fellow member of the public that he didn’t know who I was and that the News Shopper’s report of his arrest for posting obscenities about me and others was not just wrong - it wasn’t - but didn’t even exist?

I took a trip to Bowness Road (see below) this morning to follow up a report.

On the way I stopped off at the top of Knee Hill. At half past eight this morning I only had to wait for the second cycle of the lights to see the two clowns (Photo 4). No excuse for it whatsoever although perhaps the white paint needs a refresh.

As reported two days ago, Bexley Council is planning to scam drivers out of more money when there is no need for it. There is the obvious solution to cut back the south eastern corner (Photos 1 and 2 below); but there are others.

Probably the most sensible is to move the traffic light back to the white line; as it is, it acts as an enticement to go forward and potentially block large vehicles turning into Brampton Road.

Another thing that would help is a phase where drivers could go south while those who have ascended Knee Hill were held for a minute so that vehicles do not get stuck in the middle of the road, occasionally causing 200 yard queues.

The bus problem might go away if Bexley Council eased the two bends on Knee Hill which are undoubtedly a pinch point at present. Knee Hill was TFL’s preferred bus route.

So that is three ways of solving the problem but Bashford and Craske are not interested in solving problems, like the rest of Bexley Council they are only interested in robbing residents. 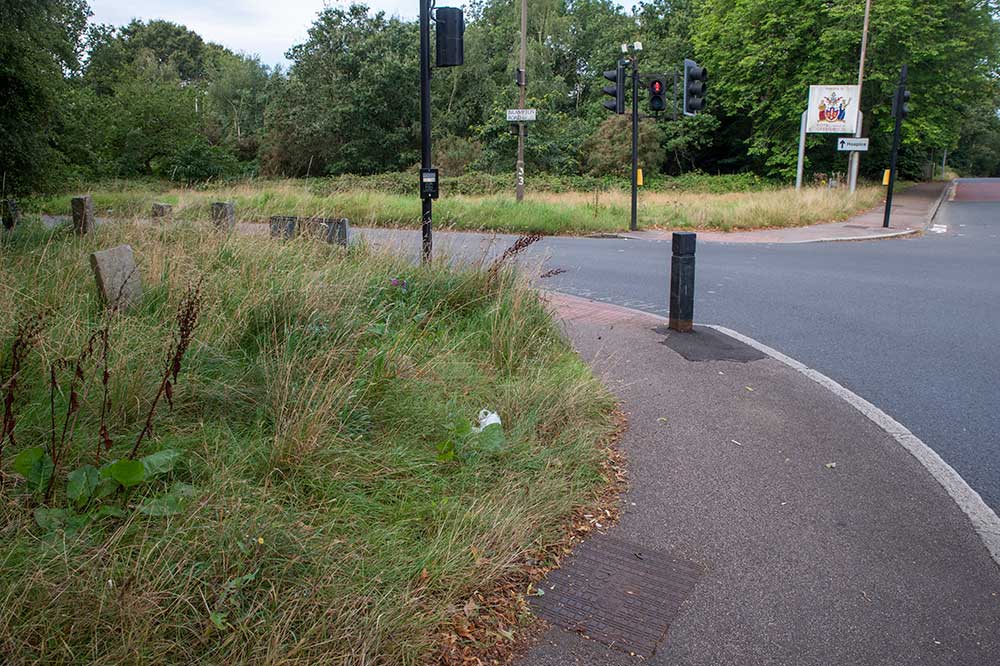 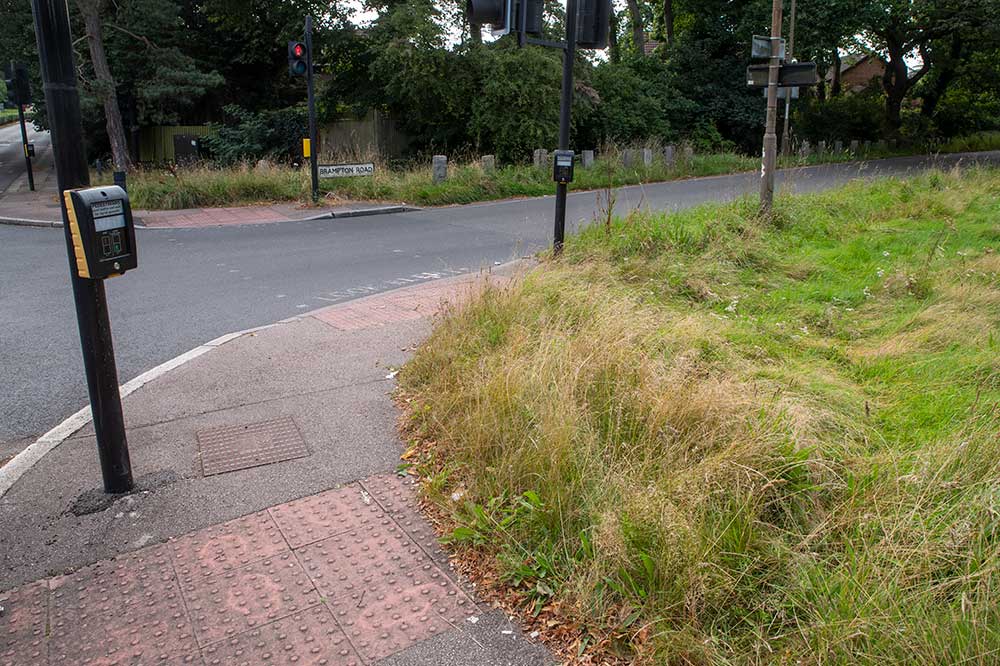 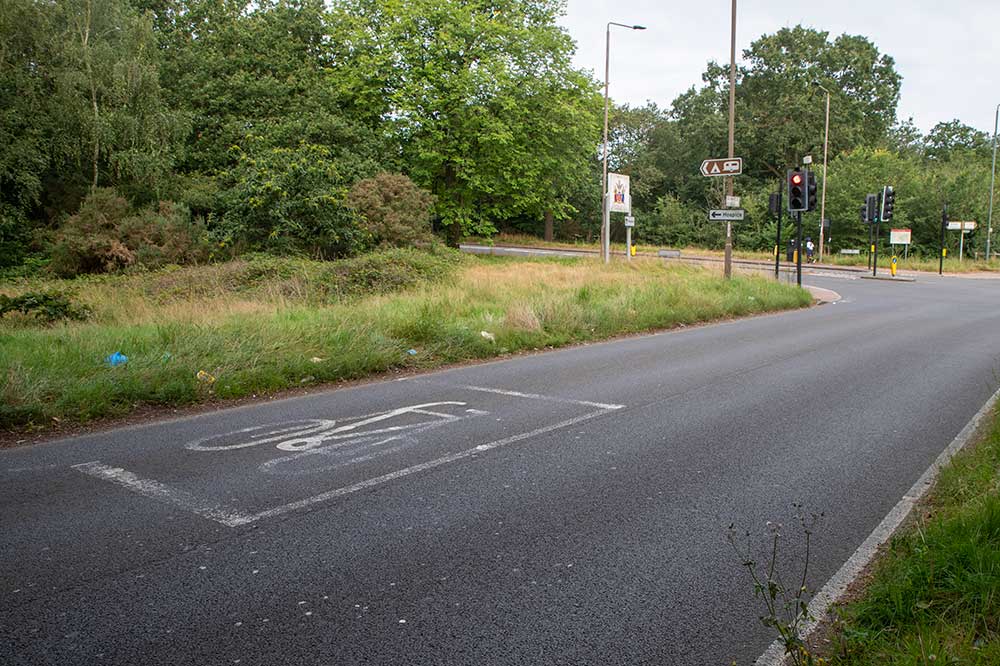 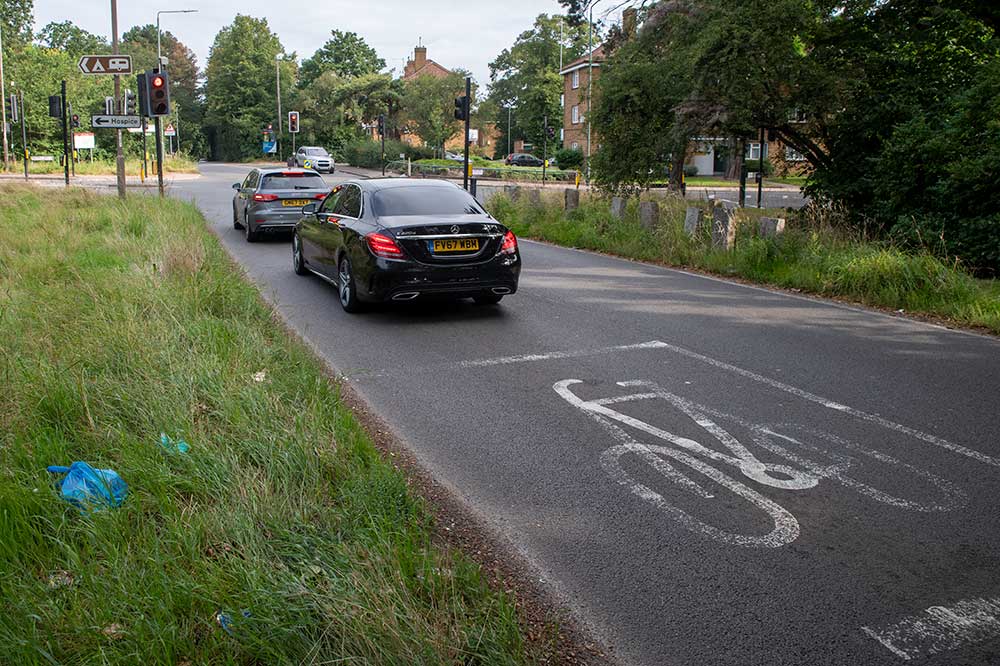 If this yellow money box goes ahead it will allow just one right turning vehicle to get across the junction. If it is first in the queue it will be the only one. The queues might extend back to Longleigh Lane or worse.

And now for Bowness Road.

Hi, you may want to take a look at Bowness Road off of Long Lane. The council have put in place a pointless piece or traffic calming for no reason whatsoever. Heading towards the Long Lane junction you have to give priority to traffic coming the other way, but you can’t see around the bend!! And that poor house has pretty much lost the entrance to their driveway. Do these road planners actually drive?

I think a better question would be “Do these planners ever think?” Here’s some pictures. As my correspondent says you have to get over to the wrong side of the road to see around the bend and there is no obvious justification for causing another danger to drivers. I have not seen anything quite as stupid in Bexley for several years. 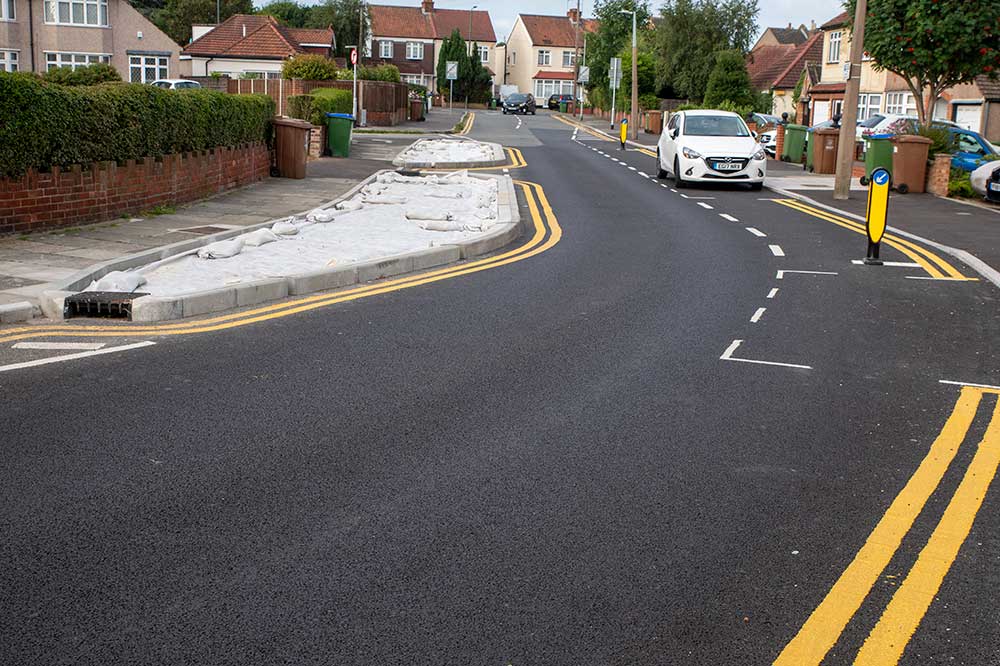 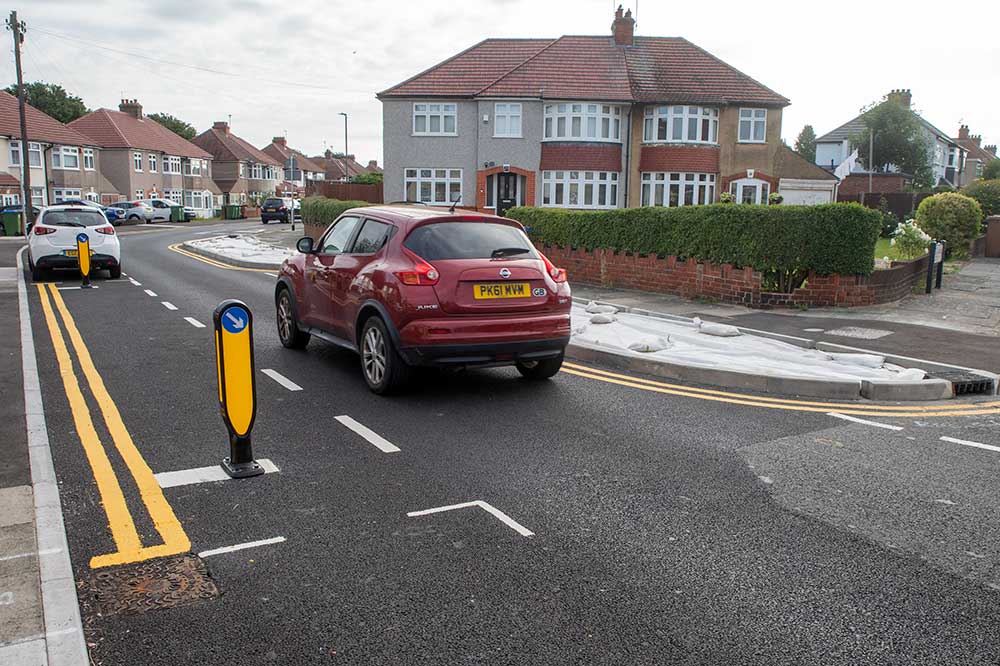 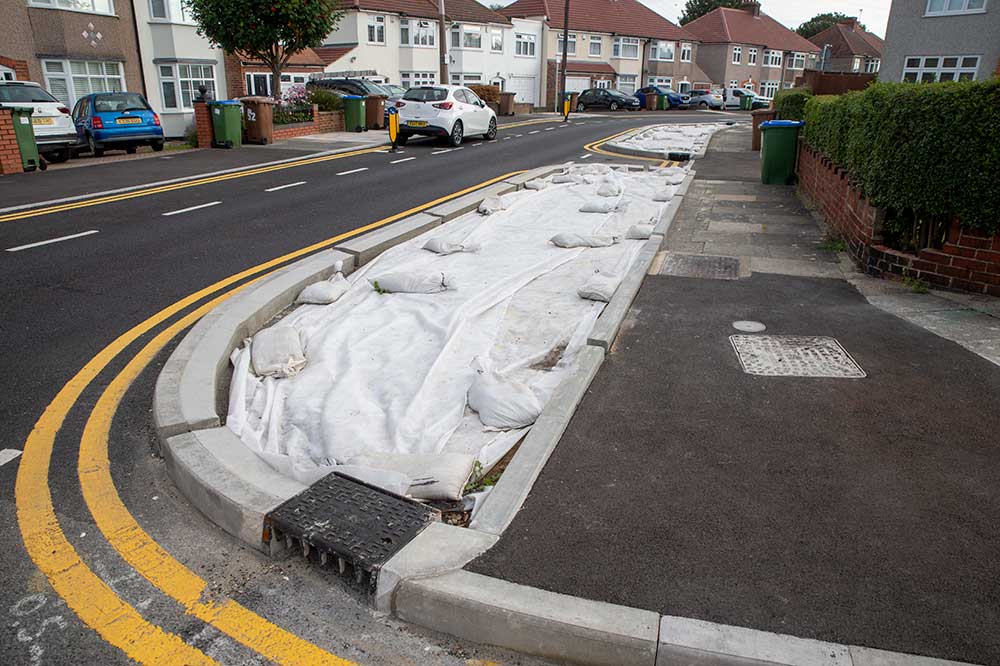 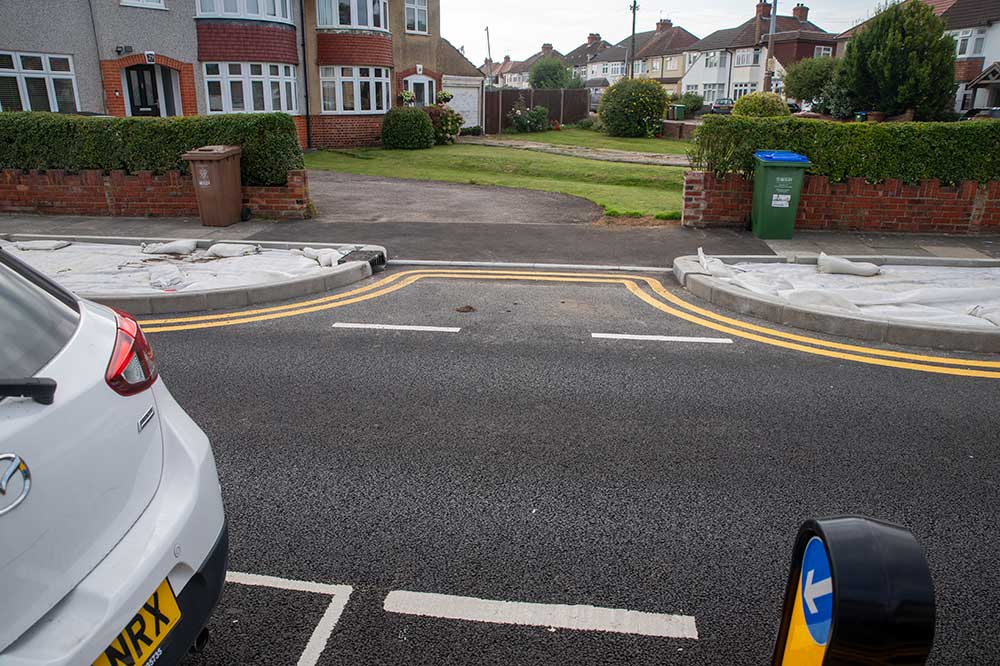 There was a large and long white saloon car parked behind the hedge in Photo 4. Whether it is trapped there or can be got in with care when no one is parked opposite I am not sure. What is certain is that if Bexley Council succeeds in driving the resident away, there is no way they will get a removal van in and it is not the first time Bexley Council has willfully made a resident’s life difficult in this way.

How is it that Bexley Council can waste money on such a project when it cannot afford to install promised zebra crossings?