The letter to residents from Council Leader Teresa O’Neill has appeared here and there on local social media groups over the past day or two but the art of using a scanner appears to be a lost one; a photo taken on a mobile phone is rarely adequate. So here it is filed on Bonkers for posterity.

I still hold the not always popular opinion that Bexley Council did all it legally could during the bin dispute and the big failure was 12 years ago and made by whoever signed off the contract. Maybe it was Teresa herself, if not she will presumably deny it and say who did authorise it. 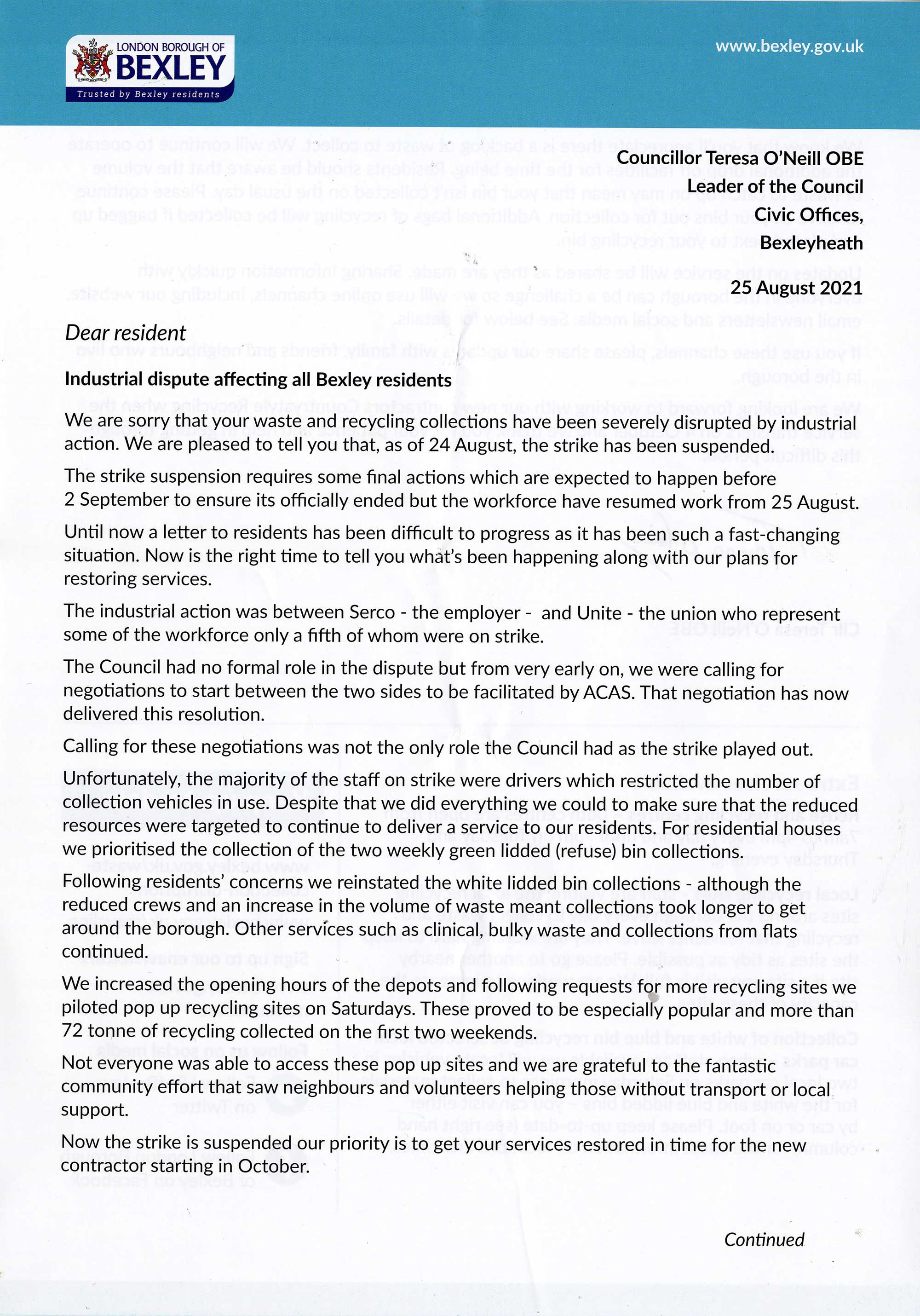 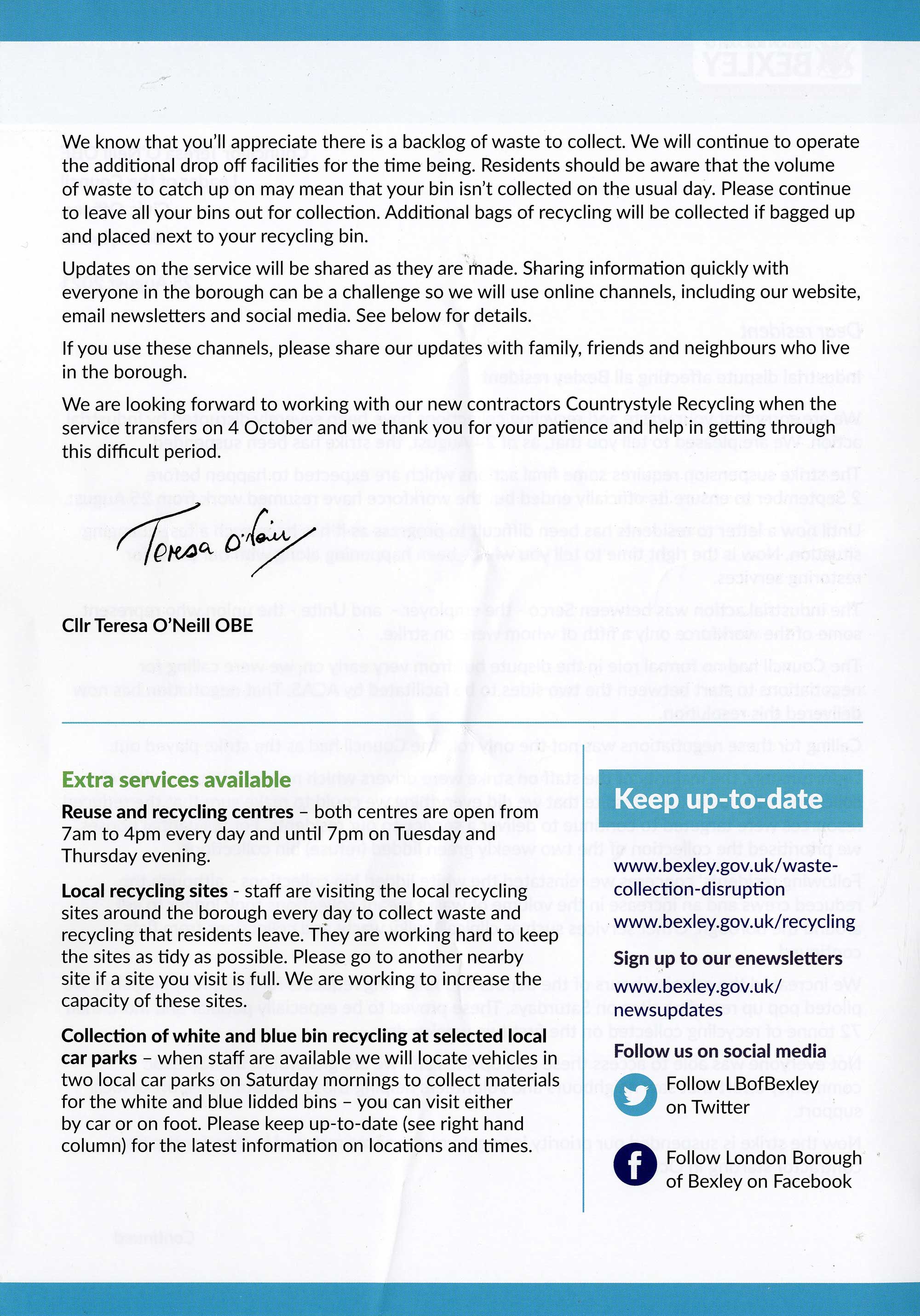 Click either image to expand it or alternatively there is a full size copy here.