Bin collections. Rarely a problem in my road with Serco, never at all for me, but what a shower CountryStyle have proved to be as both Twitter and Facebook occasionally reveal.

No brown bins were collected locally last Friday which doesn’t bother me very much because there is no gardening to be done but a neighbour has been tackling an overgrown hedge. His neighbour to the rear is the most obnoxious individual imaginable who has a 25 foot Leylandii hedge six inches from the boundary line. For my neigbour every bit of bin capacity is essential. When I helped him with the trimming a few months ago we both came under threat. 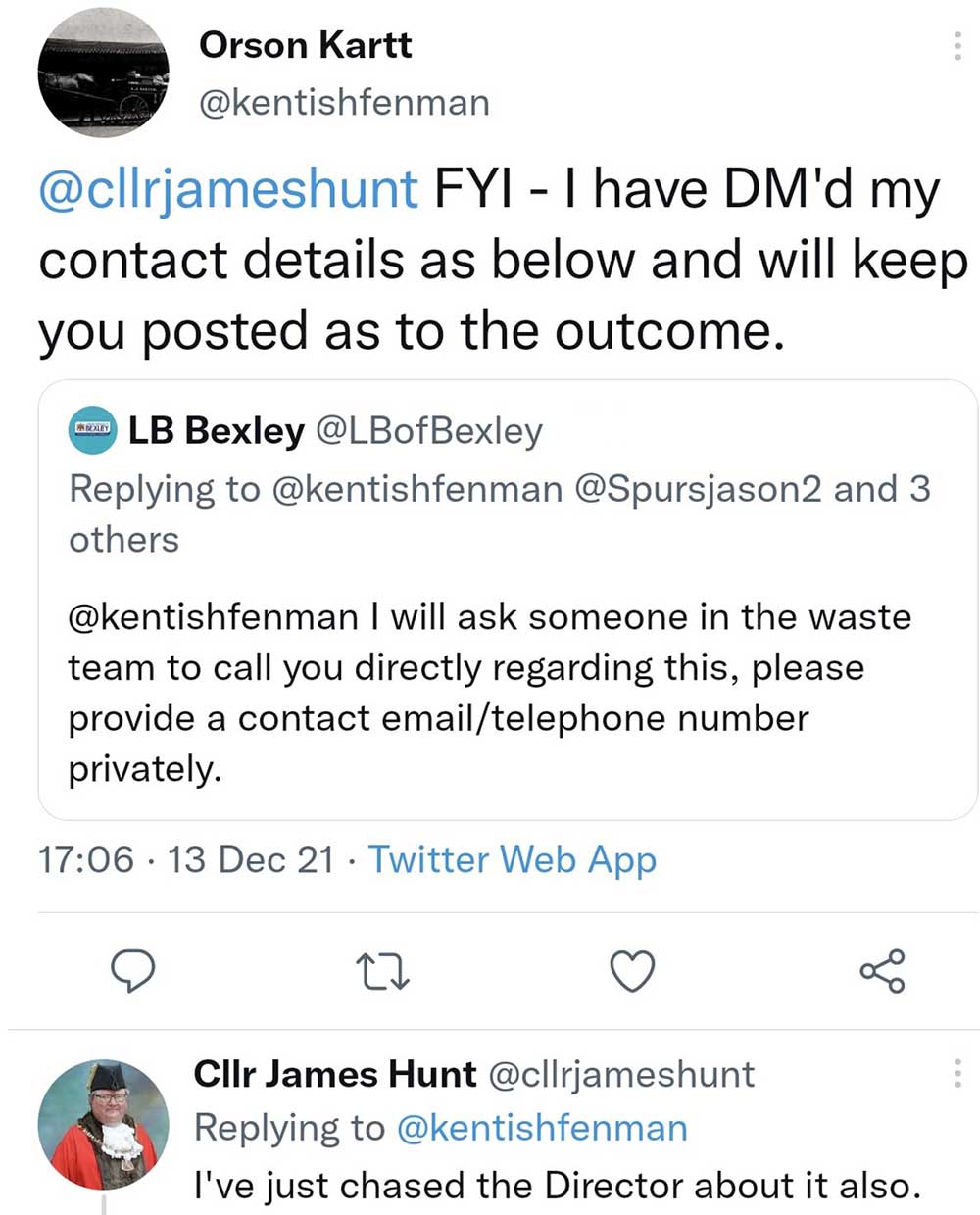 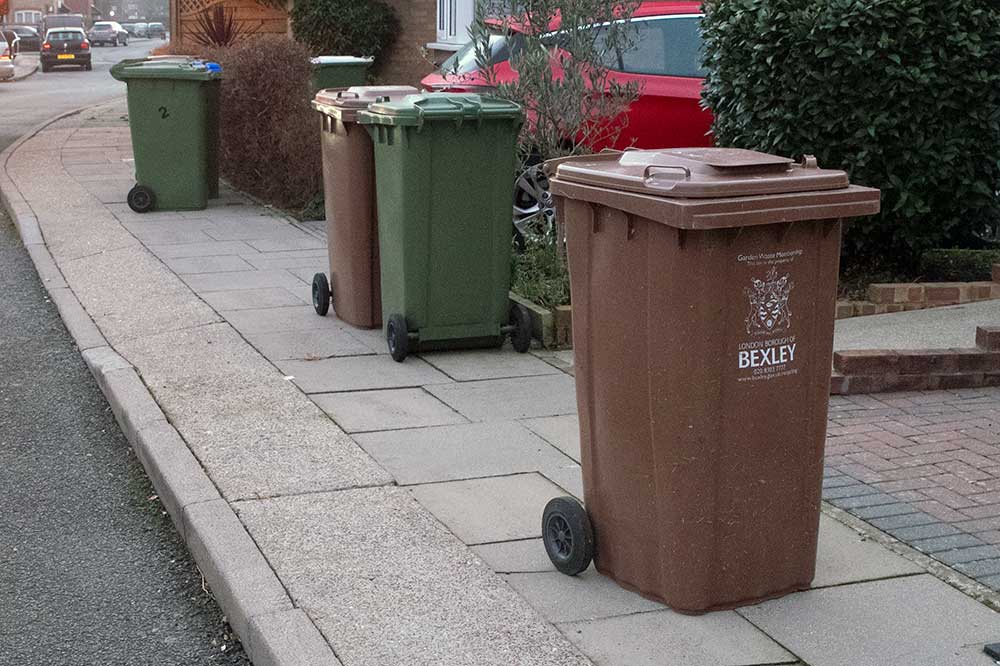 A third brown bin is hidden behind the more distant green one.

Unfortunately my neighbour has not got the Mayor and Blackfen Councillor on side and the Council website missed bin facility has had no effect. A phone call to the Council Contact Centre - two I believe - have been directed to the child care department and whilst the lady there tries to be helpful the two email addresses provided have bounced. It was suggested that is because the staff concerned have been made redundant.

On the sixth day of non-collection I passed my neighbour the email address of the Head of Waste Services but his message bounced back with an Out of Office notice. The alternative addresses led nowhere so I told him where on this website the email address of CountryStyle’s Managing Director may be found.

We wait and see. The next scheduled brown bin collection is on Christmas Eve and two weeks later is the mid-Winter gap in the service and the Leylandii needs a severe chopping.

My own brown bin subscription expired at the end of November but it was extended by ten weeks in recognition of the five lost collections during the strike. Not so good, because of the Winter break in service, I am compensated by only four collections in a period when I don’t really need the service at all. Thanks to last week’s non-collection five strike misses have now become six. I am going to cancel the Direct Debit and buy an incinerator.

The neighbour’s white lidded bin has been missed several times which appears to be a separate issue. The rest of the road’s bins have been collected OK.