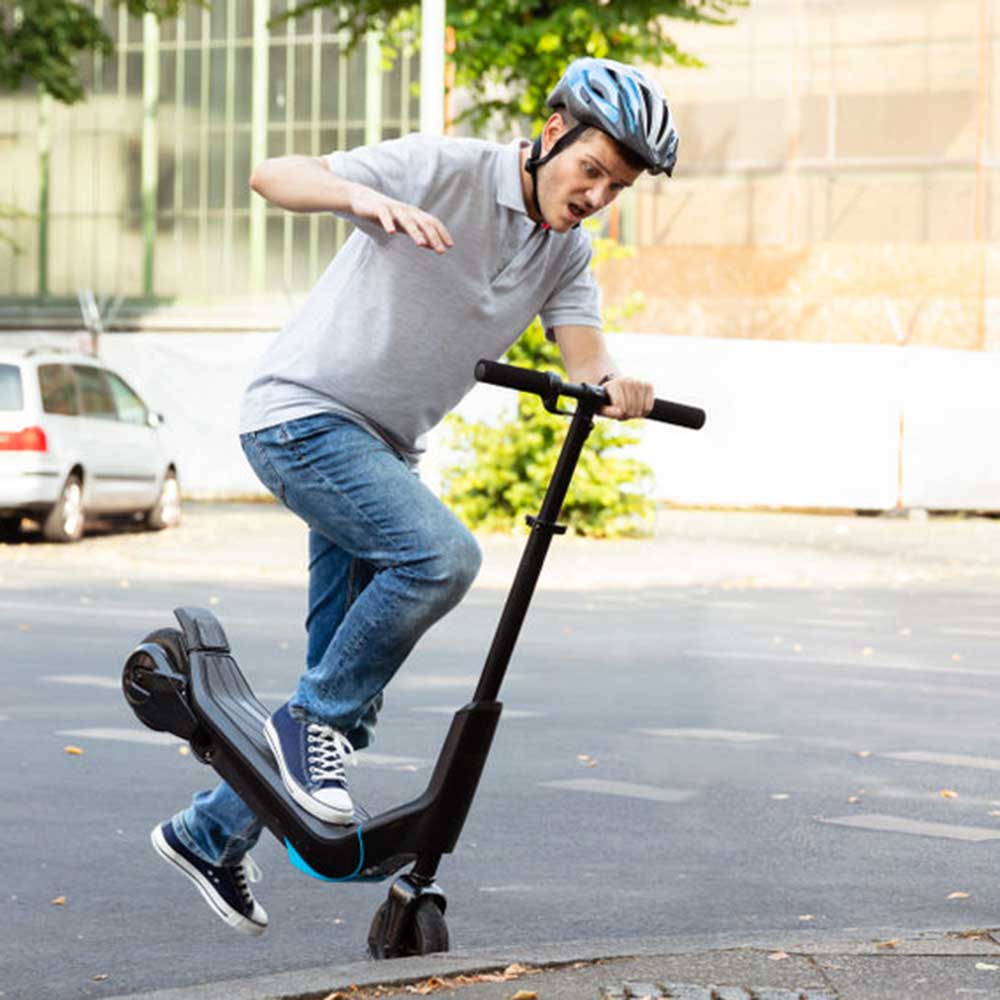 I was nearly knocked down by an e-scooter which whizzed silently past me yesterday while I was emerging from the station steps on to Gayton Road, Abbey Wood. Actually it wasn’t all that close, most of us will have experienced worse, but a miss by couple of feet in the dark by an unexpected illegal vehicle travelling at speed can be a little unnerving.

Nearly all e-scooters you see on the roads and footpaths are illegal but the one that passed me by in Gayton Road did at least have a rear light, although unlike the accident prone rider pictured there was no helmet.

I imagine that thousands more of the things will be unwrapped on Christmas Day and thousands of untrained riders will be putting their lives on the line soon afterwards.

Not very Christmassy but one of my conversations last weekend was about e-scooters. “How many deaths have been caused by e-scooters” l asked the man who is paid to know such things. Apparently there is no easy answer because e-scooters were not a recognised vehicle type until this year so no historical statistics exist. Setting up a software search of last year’s police accident records showed nearly 500 references which were reported on the Government website (below left). 60% of them were in London.

I know of two fatal e-scooter crashes since last March, not intimately but because they managed to displace Covid from the news headlines. According to an Evening Standard report (above right) there have been at least three deaths.

Thanks to my questioning I have a pretty good idea of what the current 2021/22 total is, not that I can spill the beans of course, definitely not my place to do that but the numbers are shocking and presumably many of them will be young people in the prime of life.

Apparently the lessons learned by cyclists over many years are not being heeded by scooter riders. Among many statistics is that most cyclists amble along at a leisurely pace but nearly all e-scooters are driven flat out. Amazon sells models that will do 40 m.p.h. and more.

If this year’s total e-scooter fatalities were Omicron deaths Chris Whitty would be hysterical. Giving e-scooters to children as Christmas presents should be recorded as child-abuse.