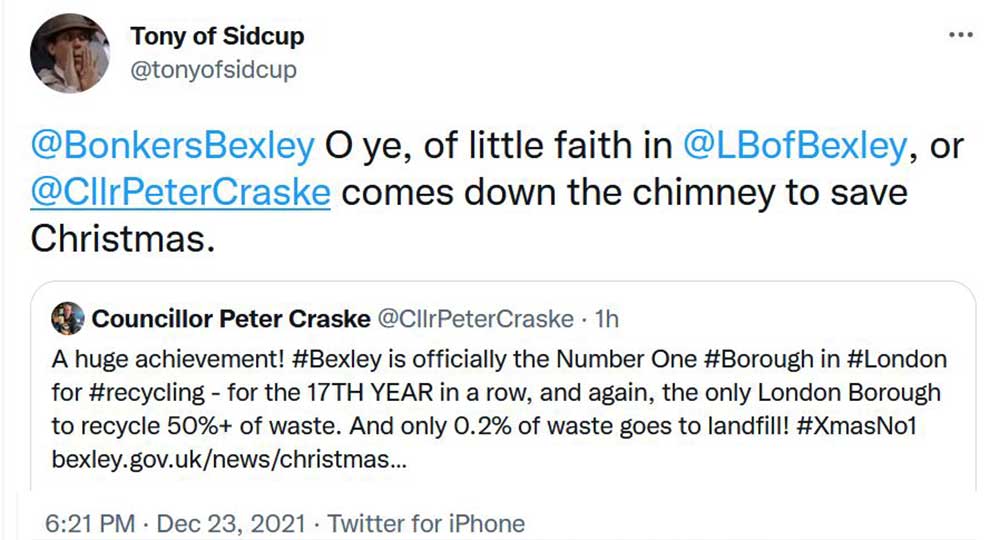 It is Good News that Saint Peter Craske is able to claim that Bexley was the top scoring borough for recycling in 2021, a year in which refuse collection almost stopped for ten weeks.

Strange that awards are made in the middle of December, not the end of the calendar year and a long way from the end of of the last Civic year. It wouldn’t be a recycling of old recycling news would it? Probably; this sort of propaganda usually comes out in the Spring.

It is also Good News for Saint Peter that the borough’s residents have short memories and are too often gullible. Good News that the Leader forgave him for his blogging activities too.

In 2010 Bexley was third best recycler in London and in 2012 Bromley beat Bexley’s recycling rate by 1%.

Best in London for the past nine years sounds pretty good. Why lie?