27 December - What did Bexley Conservatives ever do for you?

In 2014 Bexley Council was at the peak of its thoroughly dishonest period. Lying to newspapers, lying to the police and lying to the BBC. Councillor Craske had been arrested after the police had been persuaded to track and trace the perpetrator of a crime, but then conspired with Bexley Council to get him off the hook. Three Bexley residents decided that he should be taught a lesson and contested his Blackfen and Lamorbey seat in May 2014.

The three were Michael Barnbrook, Elwyn Bryant and Nicholas Dowling. Nicholas had achieved a certain amount of notoriety by attempting to audio record a Council meeting. I say attempting because his ancient recorder didn’t actually work and subsequently admitting that was the case proved to be a big mistake because it meant that Bexley Council could lie with impunity.

They said that I had run around the Council Chamber shouting and waving papers and submitted a report to that effect to the News Shopper. Fortunately two police officers said otherwise as did several Councillors both red and blue but retelling that story is not for today.

Mick Barnbrook was an accomplished political campaigners and knocked on every single door in Blackfen. Unfortunately for him it was the the year of the big UKIP surge and their candidate took enough votes to displace Mick. Enough to displace a Conservative candidate too but not Craske. 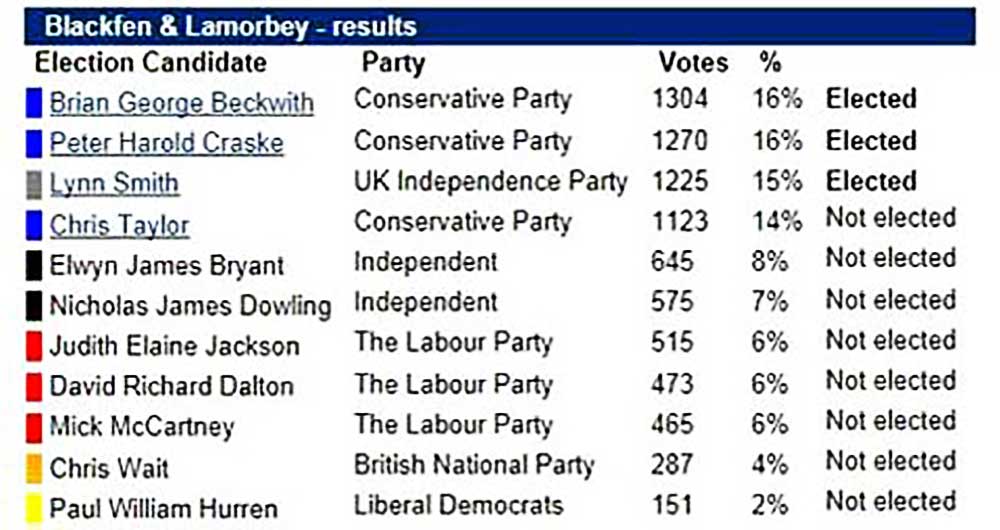 Bexley Council was so embarrassed about it that they omitted Mick from the results summary and even when the correction came it was still wrong.

However what is more historically interesting is the third flyer put out by Mick and his team before the election period got really underway.

Taking the proverbial Michael out of one of the Conservatives’ own slogans Mick and his team poked a leaflet through every Blackfen letterbox listing all the Council services lost between 2006 and 2014.

Shocking isn’t it especially when Band D Council Tax had risen from £1,315·61 to £1,427·59? Probably a similar catalogue of shame should be produced for the intervening eight years. 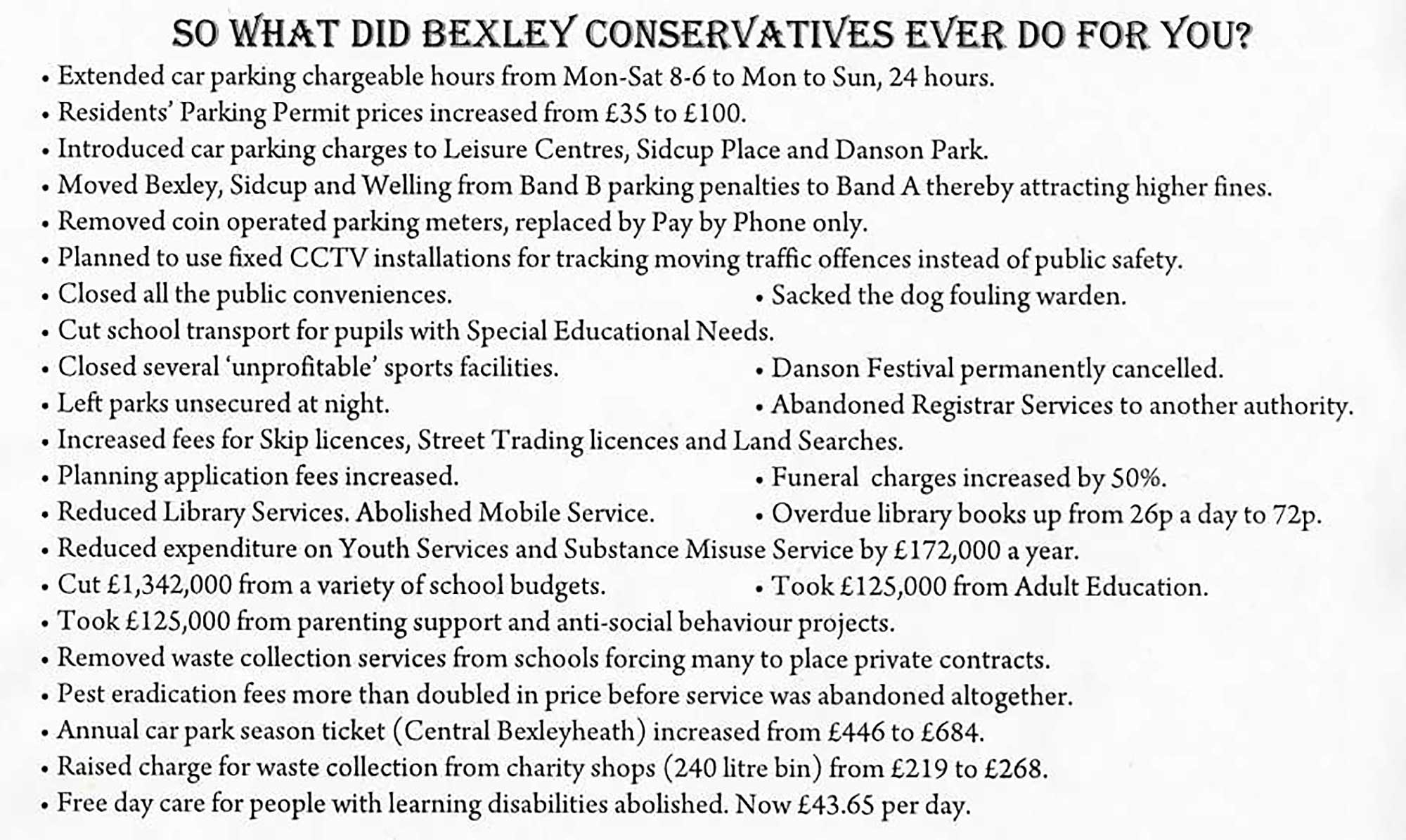