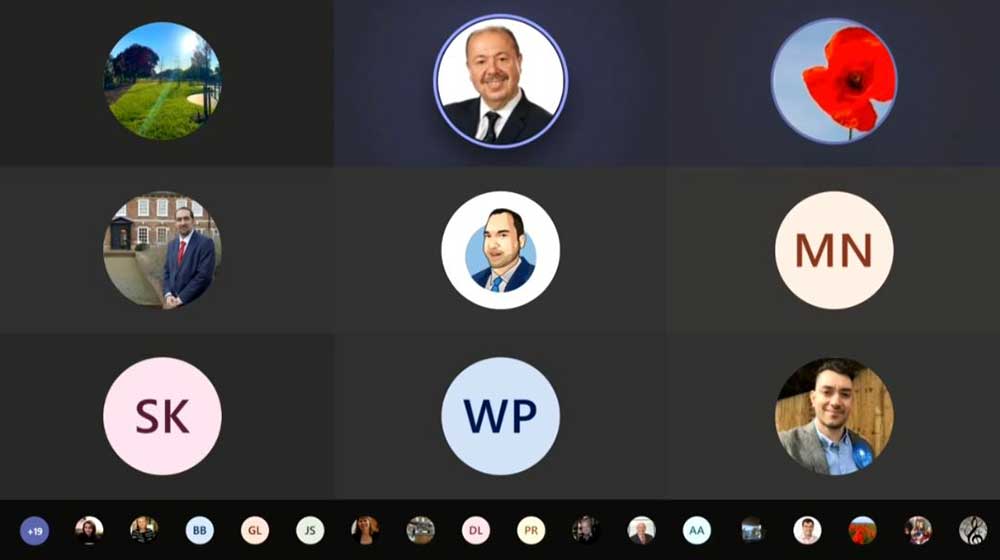 A Councillor friend who knew I planned to record last night’s Scrutiny meeting and listen to it today mischievously texted me this morning to suggest I didn’t bother. He described it as dire but dry might be a more accurate description.

It has always been a dilemma when reporting meetings that the ‘dry’ stuff (which to me includes Finance) can be very important but it attracts very few readers, hence car parking and yellow box junctions so often making an appearance here. Spare a thought for the Chairman who has to get on top of both ends of Scrutiny’s ‘dire’ spectrum.

There was the smallest suggestion of a ‘scandal” last night. Councillor Melvin Seymour (Conservative, Crayford) said the meeting had “been in the diary for some considerable time now and look at Page 2. Just ticks with absolutely no narrative. It to me looks like a document cobbled together at the last minute with no due respect to the Scrutiny process. I find it somewhat disappointing.”

Referring to a document that I have been unable to find he said “it clearly shows the charges for Hall Place but I was under the impression and given an assurance that those charges would not take place and we had no plans whatsoever to make charges for Hall Place. I would like a yes or no whether we are going to charge or not going to charge and if we are not why are they in the papers? If not it gives rise to rumour which we could do without.”

Councillor Craske said “there are no plans, the proposals we had which we published a long time ago were scrapped quite a long time ago and I have said that at several meetings. We are not doing the playground and the only thing that is going to change in the next couple of months is the arrival of the model steam train. There are no charges coming in at all.” (It was all systems go for charges in October 2019 but when the idea was abandoned no one seems to know.)

I am not sure if Cabinet Member Craske made the announcement several times but he definitely did last December.

The confusion has arisen because the House will continue to attract an entrance fee of £8 as it has done for many years. Councillor Seymour and others had been obviously referring to the proposed garden access charges although did not actually say so.

Councillor Nigel Betts (Conservative, Falconwood & Welling) asked about the numbers of staff to be made redundant and was told that the names and posts would be circulated to Members “tomorrow”. That is today.

Councillor Perfect tried to ask her Children’s Centre question again. She was told that if the savings are not forthcoming following the consultation the funding will come from “budget contingency”. Why couldn’t Cabinet Member Read say that when asked the same question instead of dodging it?

Councillor Ferreira asked his favourite question which is about the request to Government for Capitalisation of £15 million which is due for announcement last year, last month, this month, sometime never! It is only 15 working days from budget setting so things are being cut fine. “Some local authorities withdrew their applications, how many are left with a Capitalisation Order?” Cabinet Member Leaf came up with the same old answer. The announcement is “imminent. Sit tight!”.

The Finance Director said that the financial situation now is very different to what it was last Autumn due to generous non-ring-fenced government grants. He no longer sees it as “a significant issue if the full Capitalisation Order was not agreed”. He might get by on as little as £4 million.

P.S. Only minutes after this blog went on line the BBC reported that Bexley Council had been granted its £15 million Capitalisation Order. How much money has been thrown at BexleyCo so far with no return? A loan in principle of £120 million. Finance Director Alison Griffin’s parting gift to Bexley. It is worth reading what Councillor Philip Read had to say about BexleyCo.

“Government intervention in markets leads to inefficiencies, a bloated bureaucracy and unjustly highly paid leadership and often notwithstanding any original philanthropic intent ends up with businesses being run by the staff for its staff and customers just an unfortunate irritant.”

And more in similar vein. Maybe Councillor Read should have had the courage of his convictions and voted against BexleyCo. He didn’t.