The early years of this millennium are a world away from 2021 when Bexley’s Labour Council, only one of whom remains among the present opposition, set themselves up for a situation that made a 40% Council Tax increase over four years look to be a reasonable course of action.

The Conservatives who followed criticised them but never found a way of returning the money; indeed since then they have increased taxes at a greater rate than other London Councils and have steadily fallen down the league table.

Despite that and at every opportunity the Conservatives have rubbed salt into Labour’s 15 year old wound. At election time they claim that Bexley is a low tax borough hoping to deceive the gullible.

Following yesterday’s events Labour has an equivalent stick to beat them with. At least Labour saw their problem coming, in Bexley recently everything was said to be hunky-dory only two months before disaster struck. 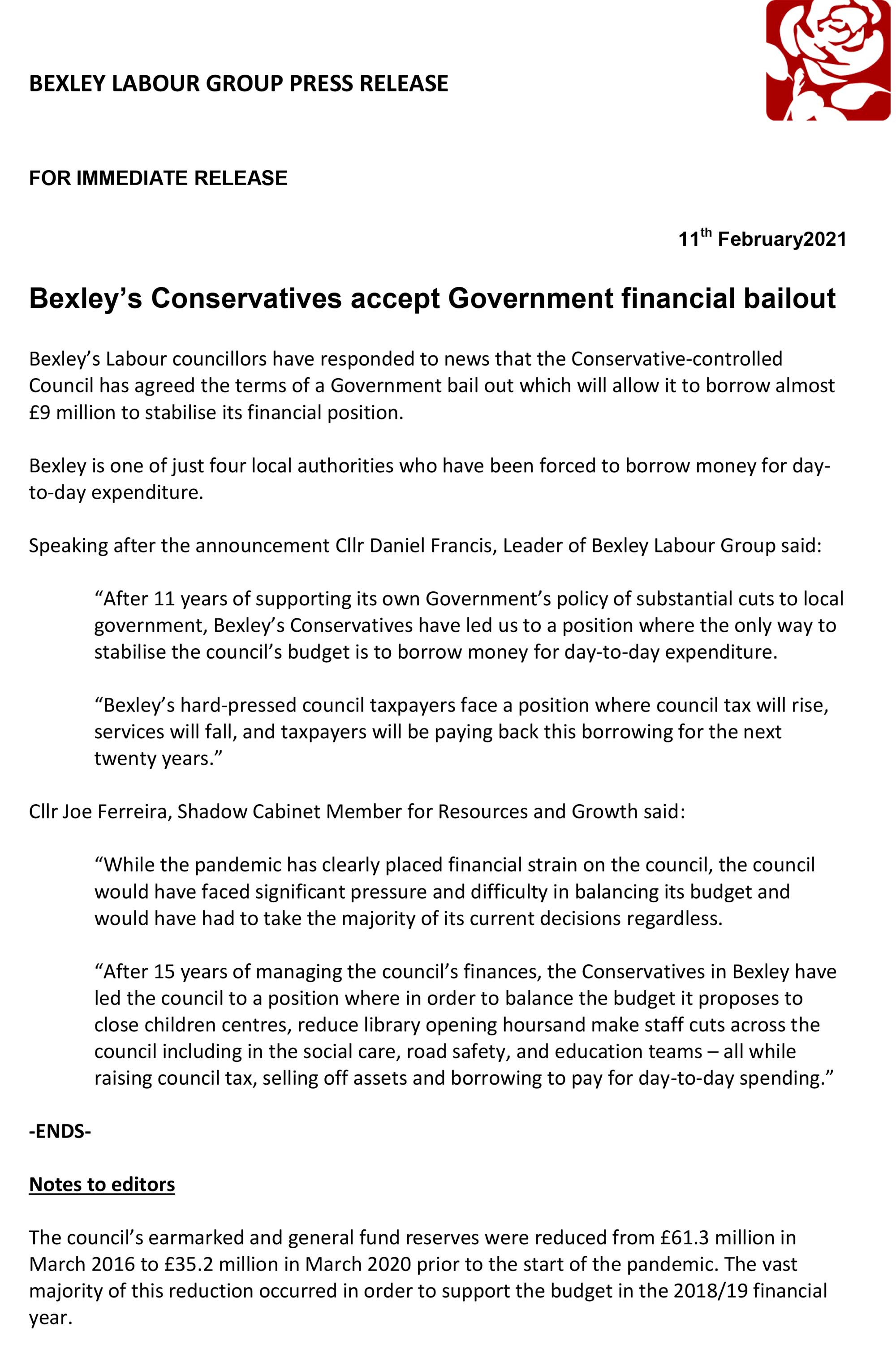