18 February (Part 1) - Was the Leader right to blame only Covid and Government funding for Bexley’s financial woes?

The Radio London interview proved to be a little divisive. Only a little; just one Twitter user backed the Leader’s excuses. 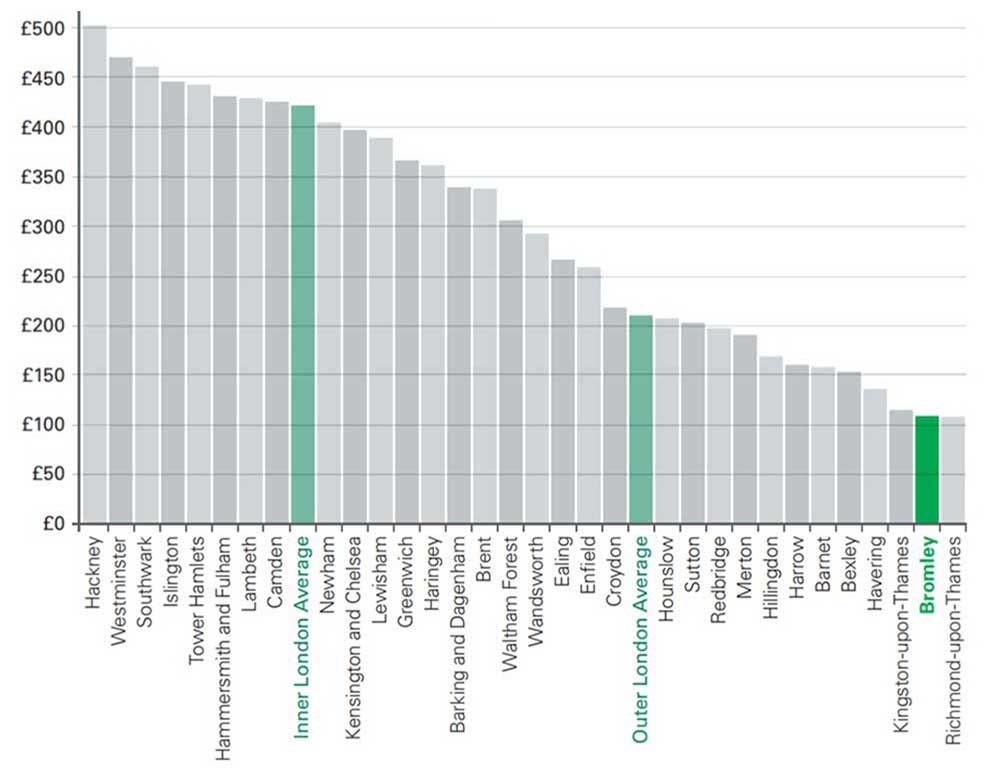 Can it be true that Bexley’s woes are purely down to Covid and poor levels of Government funding making the borough a unique case (the Council Leader’s defence) or were the finances heading towards the rocks anyway as suggested by the interviewer?

Does Bexley really get the worst deal in London from Government grants? You won’t find the truth on Bexley’s website, for that you have to keep an eye elsewhere.

The graphic shown here (click for a more detailed version) comes from Bromley and shows Havering, Kingston-upon-Thames, Bromley and Richmond all having a worse per capita deal than Bexley.

It is true that Greenwich gets three times as much money as Bexley but our Council knows that, they have been complaining about it for the last decade at least and it cannot be a financial surprise. The Council budgets for it, or at least they should. It isn’t fair and it is what causes Bexley’s Council Tax rate to be higher than most.

The Conservative Government has done nothing to dig their Bexley friends out of trouble.

Vanessa Feltz suggested that Bexley’s problems predated Covid which is what the Council Leader is so very anxious to deny.

The fact is that year on year Bexley has raided its reserves to the extent that a year ago they were second lowest in London.

But it gets worse. As a percentage of expenditure Bexley occupies bottom place

So what was Bexley itself saying a year ago, before Covid struck?

Above, the Finance Director’s cry for help! Below, his warning.