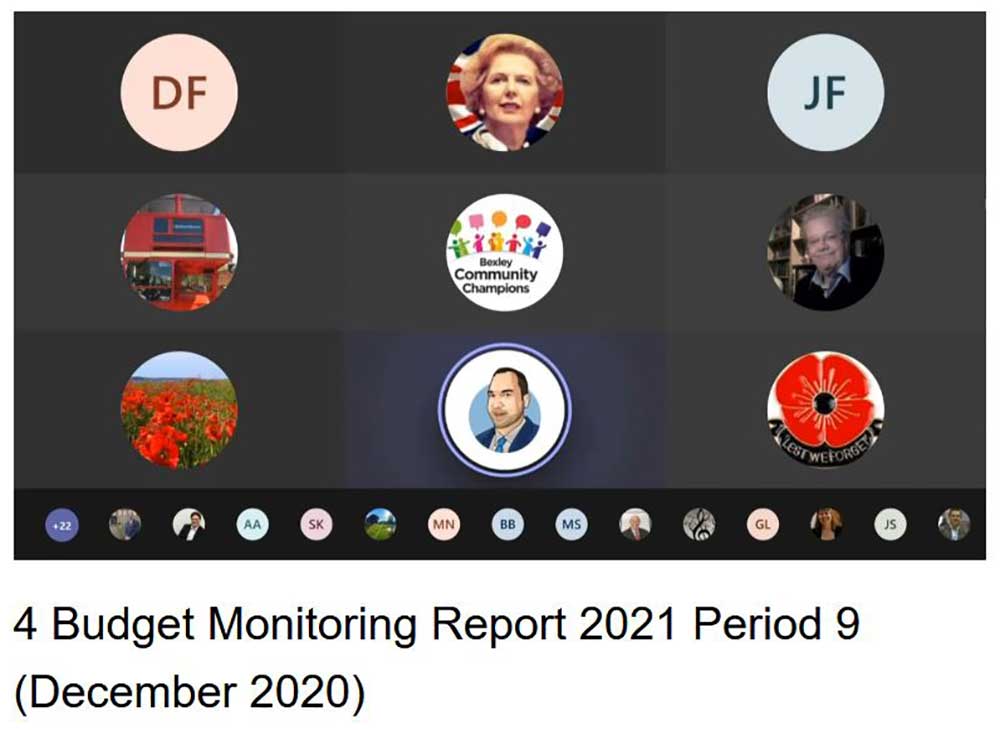 The Cabinet webcast ran through uninterrupted this time so I am now listening to it for a third time. A number of enlightening figures came out of it.

A hoarse sounding Council Leader reiterated that the Capitalisation Order would only be used “If we really need to” and then handed over to the Finance Director. His report was for the period up to the end of December 2020 but he forecast “an adverse variance of £3·6 million” by the end of March. £612,000 due to Covid and £3 million on regular things. That’s an improvement of £1·6 million overall since his last report, £330k. of it being Covid.

Temporary accommodation remains the biggest problem. £2·7 million out of the 3·6.

The Capital Program will spend only £39 million this year which is a huge £68 million reduction (there are no cuts, honest!) on the original March 2020 budget.

Paul Thorogood was brief and to the point. Cabinet Member David Leaf is usually incapable of such a feat but he did his best.

A minute and a half went by before he said anything even slightly relevant which was that he had been granted £540,000 to help fund leisure centres. As is to be expected he took a little swipe at the previous Labour administration for setting them up in an unnecessarily complicated way. To cut costs recruitment is being curtailed, essential spending only and the issues created by withdrawal from oneSource are being addressed.

After only three minutes he turned off his microphone.

Speaking from his bathroom or maybe a sewer pipe Cabinet Member John Fuller said “I would just like to echo the things said by Councillor Leaf and thank all the staff”. The unintentional pun of the evening. “86 of the borough’s schools have remained open”. Bexley’s schools had so impressed the Department of Education that they came down to take a look.

Cabinet Member Alex Sawyer spoke about Temporary Accommodation. The numbers in TA have decreased from the peak of 1,600 to just over 1,300 since last September. This may be because “Bexley has been a soft touch” in the past and new Housing Team officers are taking a firmer “more rigourous” line.

Labour Leader Daniel Francis questioned the breakdown between Covid and non-Covid expenditure. He asked about the £2·7 million housing overspend and the £2·2 million transferred to the General Fund. If those problems had not arisen would we have needed the Capitalisation Order for this year? The Finance Director spoke on the subject for very nearly three minutes but eventually said that he would have recommended a Capitalisation Order anyway.

Councillor Leaf wanted the last word. He said that the reserves would have been “far lower if we had followed the policies and recommendations which Labour had put forward”. Very often he says that Labour never put any ideas forward so how he came to that conclusion will remain a mystery.

The Leader then said it was time to move on to Agenda item 5.