Questioning some of the statistics associated with the Covid pandemic has provoked the poisonous and illiterate green ink comprehension failures just as being pro-Brexit did five years ago. “Nazi, fascist, traitor, moron, bigot, loon and evil f**ker.’

Now it is alleged that I am looking for more deaths despite never suggesting divergence from the various lockdown rules and sticking by them more religiously than most. Pointing out that some of the statistics don’t seem to add up is not yet illegal although it can get you banned from the censorious Twitter and YouTube.

I doubt that anyone has ever gone with an open mind to a public meeting with Boris Johnson and not come away with the idea that he is a question dodging liar which his employment and dismissal record suggests is a fair assessment. It is an appalling indictment of UK politics that he was and may still be the best on offer for the job of Prime Minister.

There is no doubt that hospitals have filled up as they always do at this time of the year and some people are getting very sick indeed. My score of people I know with Covid has risen from zero to four and, as of yesterday, six since Christmas. One now recovering described it as a horrendous experience, another is in no position to give an opinion; in a coma and given a 10% chance of survival. (60 and not in good health previously.) 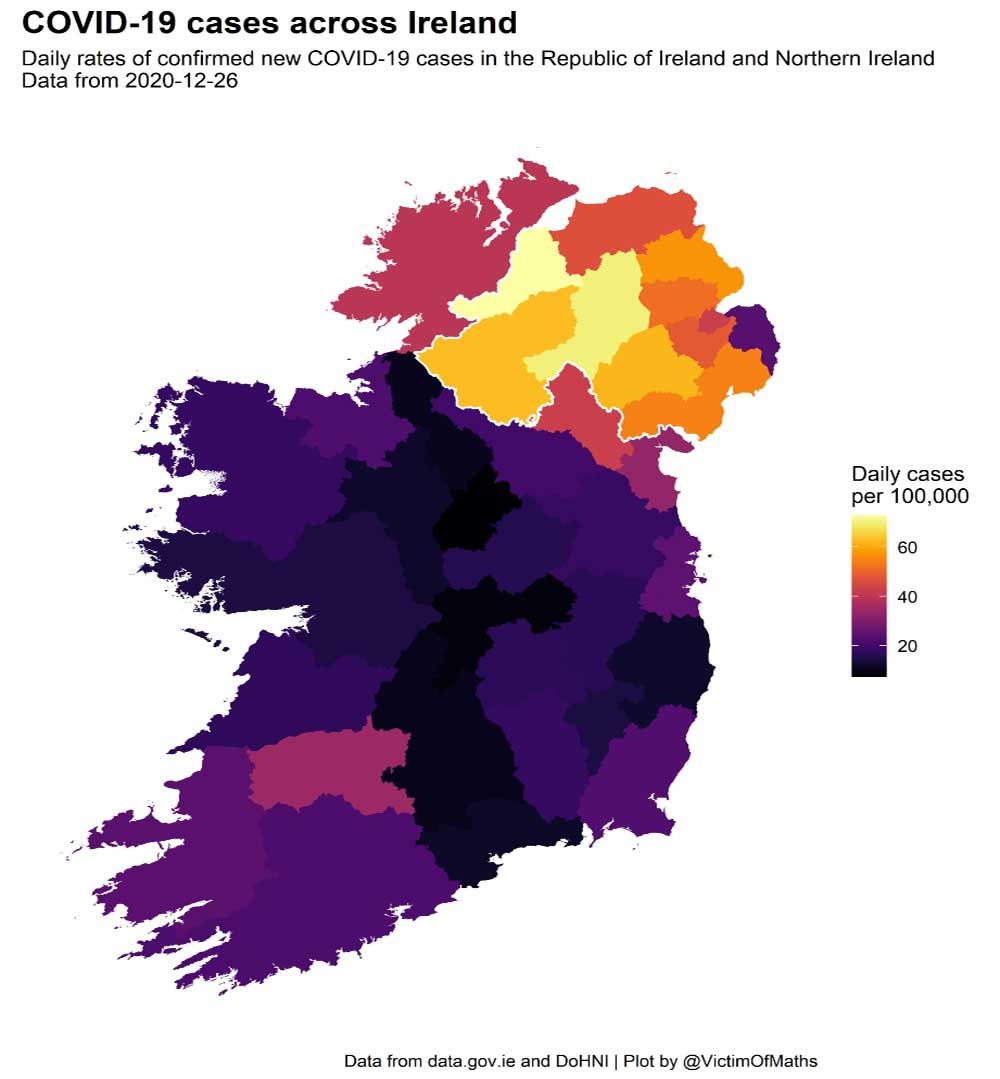 It doesn’t stop me querying the figures and noting how Government Ministers dodge every probing question.

The PCR test can be set to deliver whatever positive rate the Government decrees will fit its strategy of the moment. If the vaccine, God forbid, is not as effective as I hope it is they can turn down the PCR test cycles a notch or two and see ‘case’ numbers fall to fool the gullible. It is technically possible.

Question everything this Government does. A Government that has through OFCOM made it illegal for the media to preach a view contrary to its own.

The all Ireland map is something else that gives rise to suspicions. A pretty much open border but very different ‘case’ numbers. Is it a case of different test regimes or is Covid scared of Leprechauns?

Apparently we are in Tier 5 or Tier4+ or whatever it is to be called from tomorrow and it has been introduced in the most ham fisted way. My Granddaughter went back to school for one day yesterday. Whatever one’s point of view that has to be nonsense.

Tier 2 right through to Tier 5 in London is not affecting me much. I have been staying in and not taking as much exercise as I should but having lived alone for nigh on 40 years I am not much bothered by increased isolation.

Spare a thought, I doubt Johnson ever does, for those who are new to it or maybe have just a young child for company. It must be intolerable and I have heard their tears on the radio. Not BBC radio perhaps which Twittere suggests is an unquestioning lockdown enthusiast. 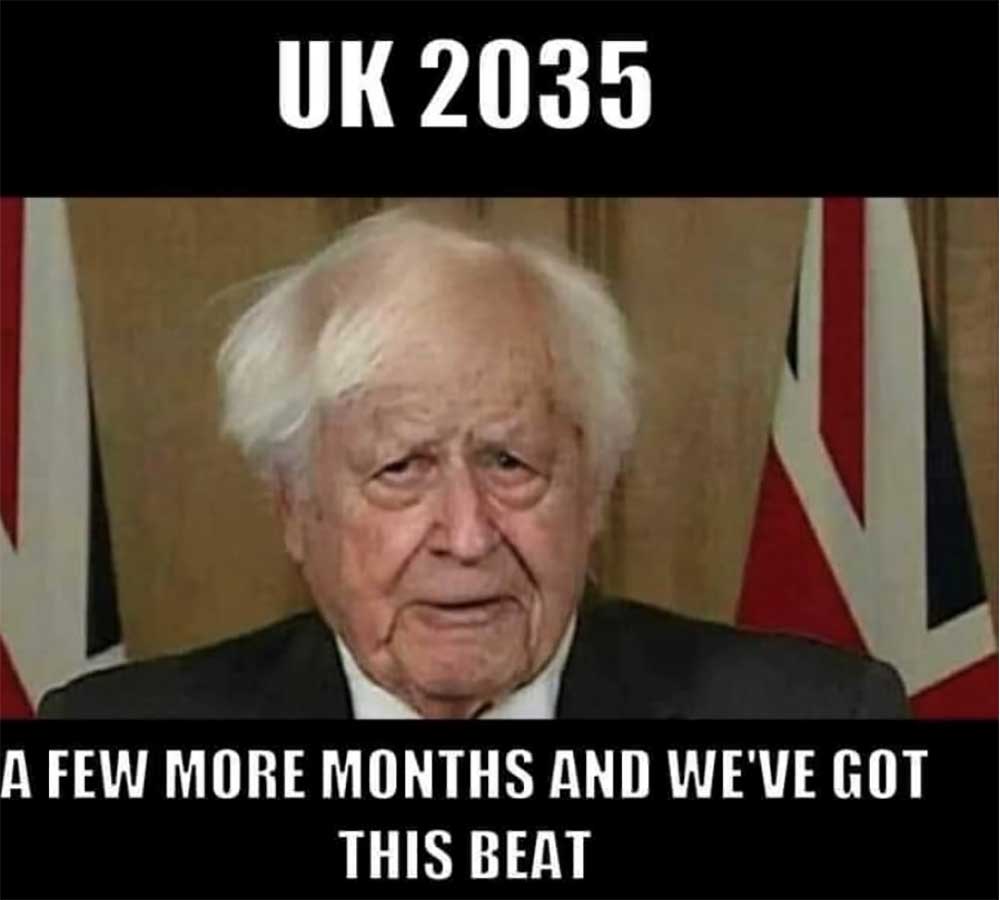 Fortunately I don’t have serious family worries either. My daughter and her partner are both in the shielding category but she has worked from home every day on full pay. My son runs his own business but has not laid anyone off, furloughed no one, not taken any government money and his company is doing better than ever.

Despite that I regard another couple of months of lockdown as an almost intolerable imposition by a Government that has done very little it can honestly boast about and if they meet the vaccination targets it will be amazing in more sense than one.

Right; how to fill the rest of the day? Raid the fridge and restore some more old blogs probably. It’s one endless round of get up, eat, and go to bed and I am one of the lucky ones. Look out for your friends and neighbours.