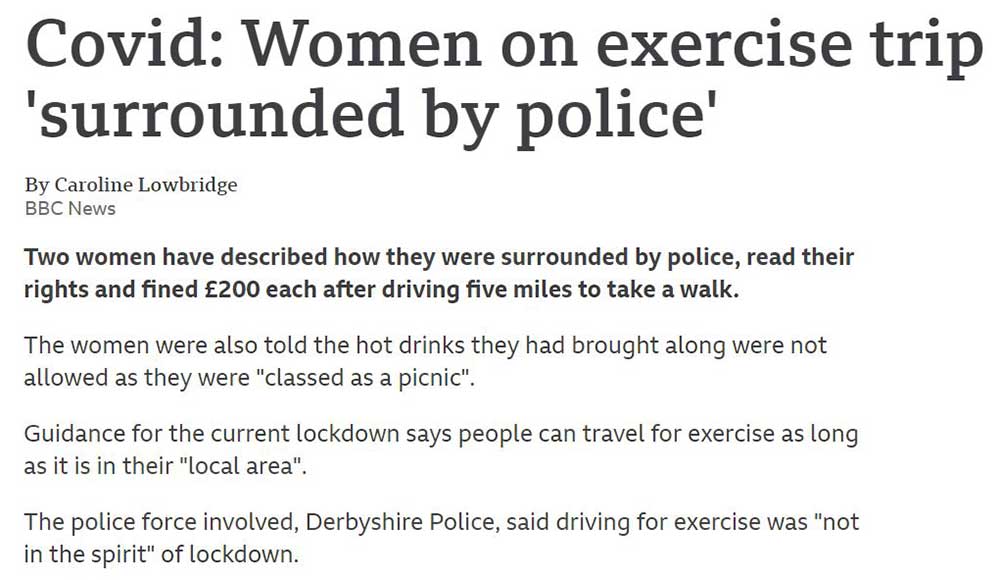 The one positive thing that may have come out of the Corona crisis is the growing appreciation that far too many police officers have no knowledge of the law, no common sense whatsoever and as I have discovered the hard way myself, are violent thugs.

At one extreme yesterday we saw the parents of a sick child in Aberdeen wrestled to the ground and arrested after they foolishly let the police into their house to see for themselves that nothing unlawful was going on.

The ensuing melee simply wouldn’t have happened if the police had not barged into the house before asking a civil question.

When I briefly worked in Glasgow my office colleagues very quickly told a naive Englishman that he should never engage with the police. I will always remember what they said. “Thugs join the police so that they can have legal fights.” I found it hard to believe at the time but very soon found out they were right. Goading innocent citizens to see if they would react.

Today the BBC reports that two young women were fined £200 each while on a lawful socially distanced walk in a quiet park five miles from their home. The coffee cup each was carrying was deemed to be a picnic by the brainless coppers. The law does not specify what constitutes a local park or what constitutes a picnic but some police, loads of them if you have been watching out for such things, make up new laws as they go along.

My bubble friend and I now both carry a copy of the Government regulations in our cars, not that mine has been further than the nearest shop this year, but may as well play safe. People used to do much the same in East Germany.