10 January - Give her enough rope and…

I had to go to East Ham this morning on Covid exempt business. I travelled equipped with a copy of the latest Government Covid Regulations and a file of papers to prove that my journey was compliant. That is pretty much what one might expect in a Police State and I heard Lord Jonathan Sumption the former Supreme Court judge on the radio two days ago define what a Police State is. I expected him to explain in the next sentence that the UK did not fit the definition but to my surprise he said that what we now see daily on whatever news channel you use does fit his definition.

With Priti Patel as Home Secretary I cannot claim to be surprised. Even back in 2011 I wasn’t watching much TV and Question Time was definitely not something I had ever seen, but the President of the Erith & Thamesmead Conservative Association with a residence in the borough was due to be on.

She now denies it but I heard her say she wanted to bring back the death penalty. It wasn’t for the first time. (Mail on Sunday 2006.)

However attractive that might occasionally seem to be it simply cannot be done and one reason stands head and shoulders above all others. The police cannot be trusted not to stitch people up.

In my final years at BT the company went through a mad phase of recruiting senior management from professions that barely knew one end of a telephone from the other. I acquired a boss who had been a Crown Prosecution Service prosecutor.

In an introductory speech to her new team she bragged how she would work with the police on fabricating evidence to secure convictions of whoever they believed might be career criminals. Her reputation, if she ever had one, never recovered.

Recent days have seen many instances of the police extending their reach from those they believe may be career criminals to innocent individuals using benches and coffee cups for their intended purpose.

Naturally someone whose first reaction is to back the police whatever they do is encouraging more of that sort of thing. From family circles I was told that on appointment Patel wanted to end the eight year old Daniel Morgan enquiry. There can be only one reason for that, she doesn’t want anyone to know that the police are sufficiently corrupt to be associated with murderers. 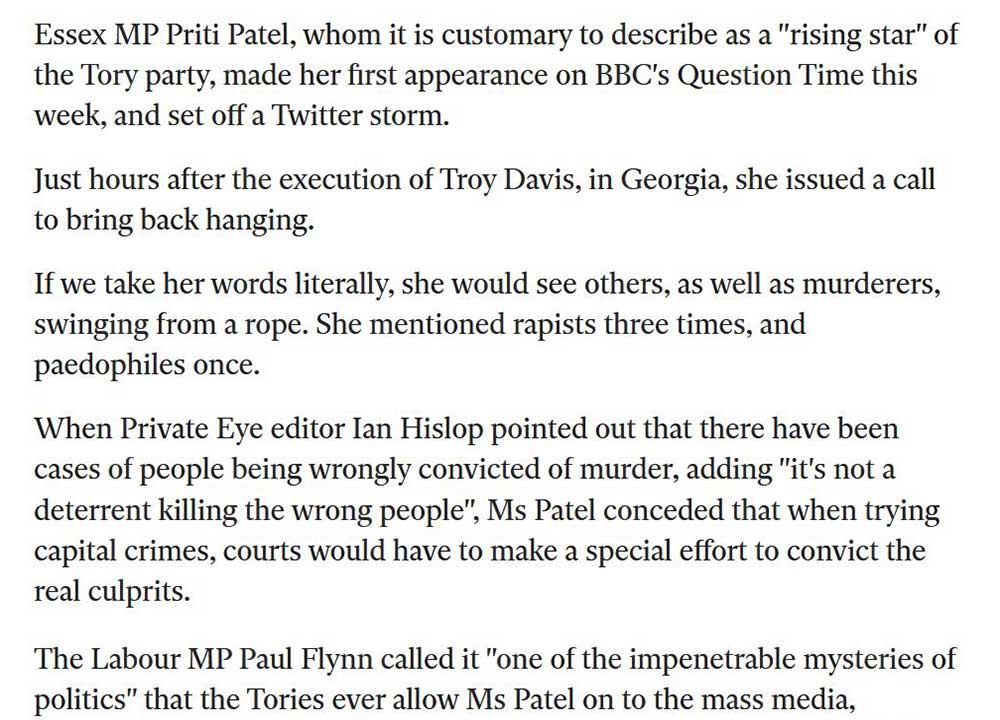 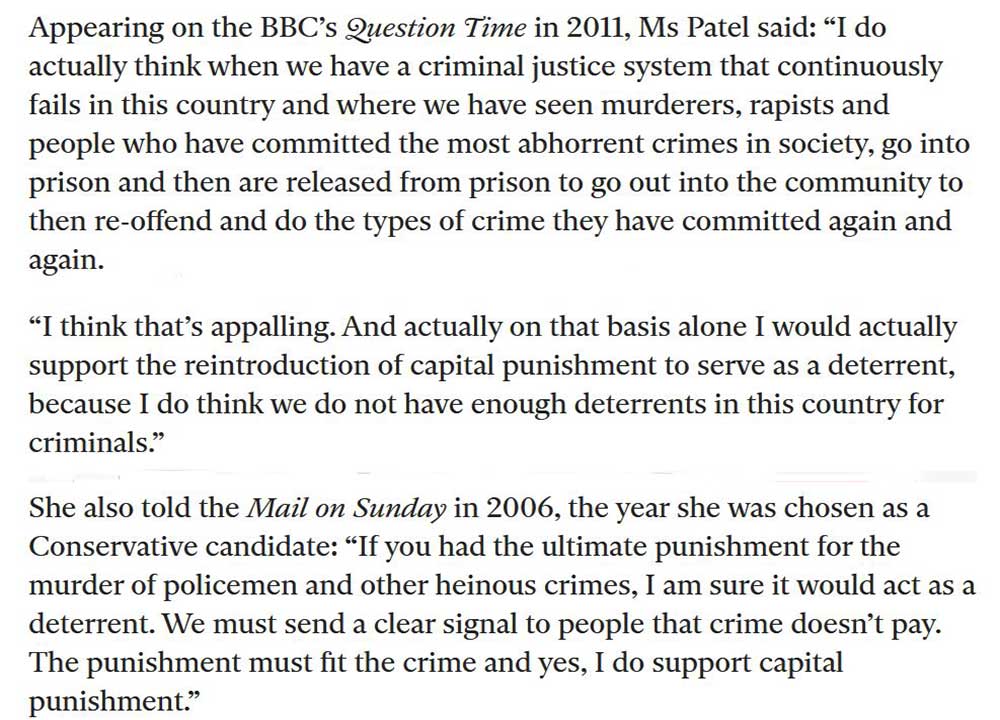 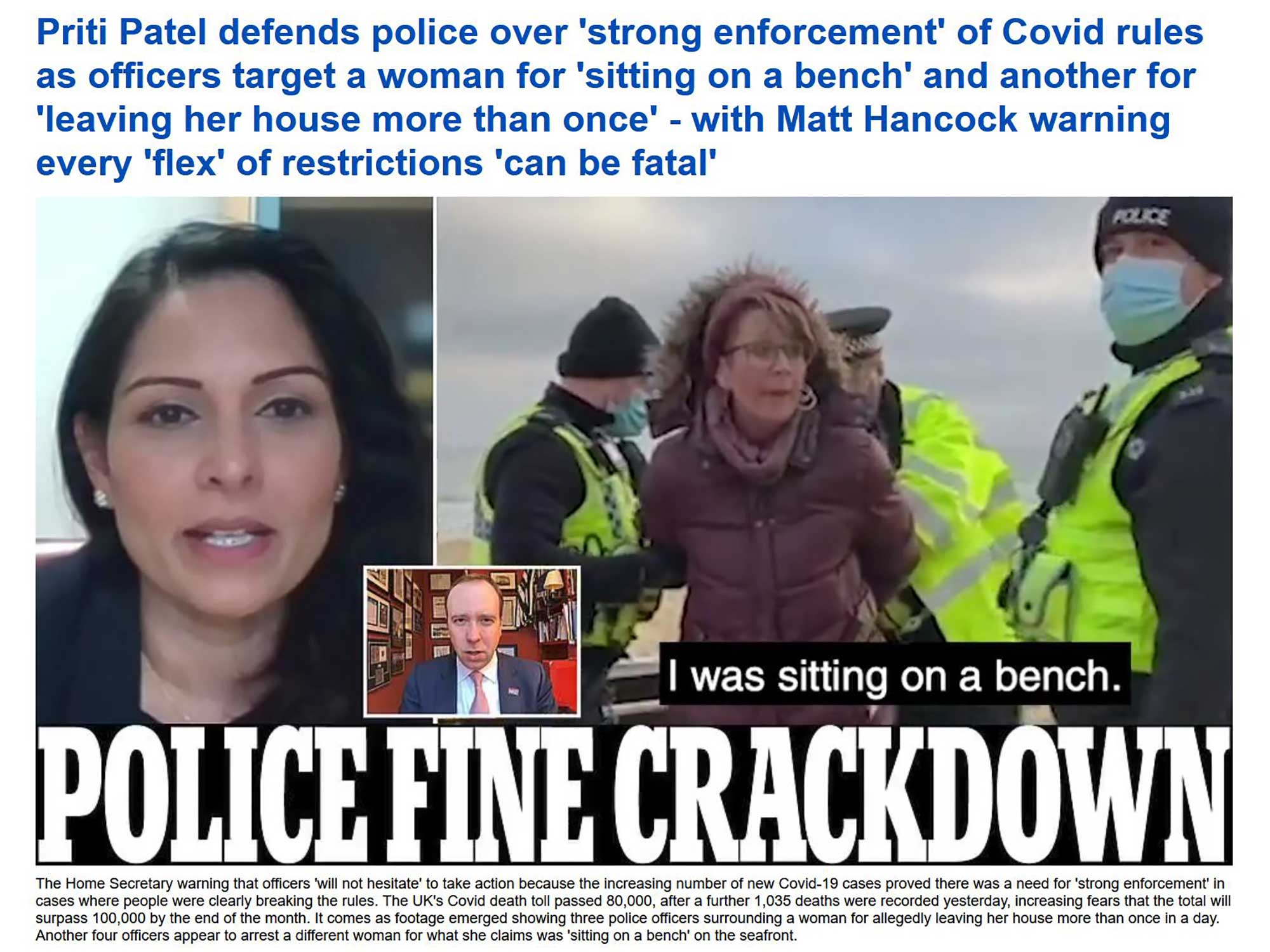 “I was sitting on a bench.” Arrested and handcuffed. Fortunately no rope.