First the good news. Despite the London vaccination numbers being a long way from country leading, the under 80 year old vaccination programme seems to have begun.

The not so good news is that the invitation was to Bromley’s old Town Hall which currently has no car parking facilities and a queue of mostly well over 80 year old people accompanied by sons and daughters waited in the freezing cold wind for around half an hour before being allowed inside. Inside it was quite crowded and as reported to me the priority was getting potentially vulnerable people in out of the cold and to hell with the social distancing.

There were three screened vaccination desks in the one room and upon reaching the head of the queue each person was given a leaflet to tell them what to do if they suffered a bad reaction. Within its four A4 pages it said this…

In practice you only get to read what you have let yourself in for and know what sort of vaccine is to be given after the event. A warning for the curious and the allergic to read the leaflet first perhaps. 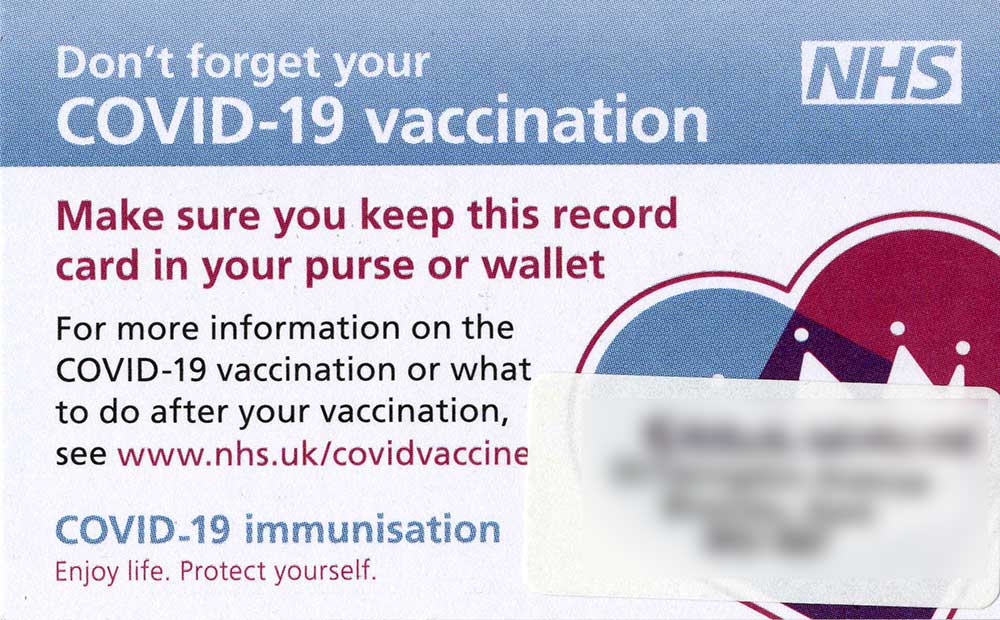 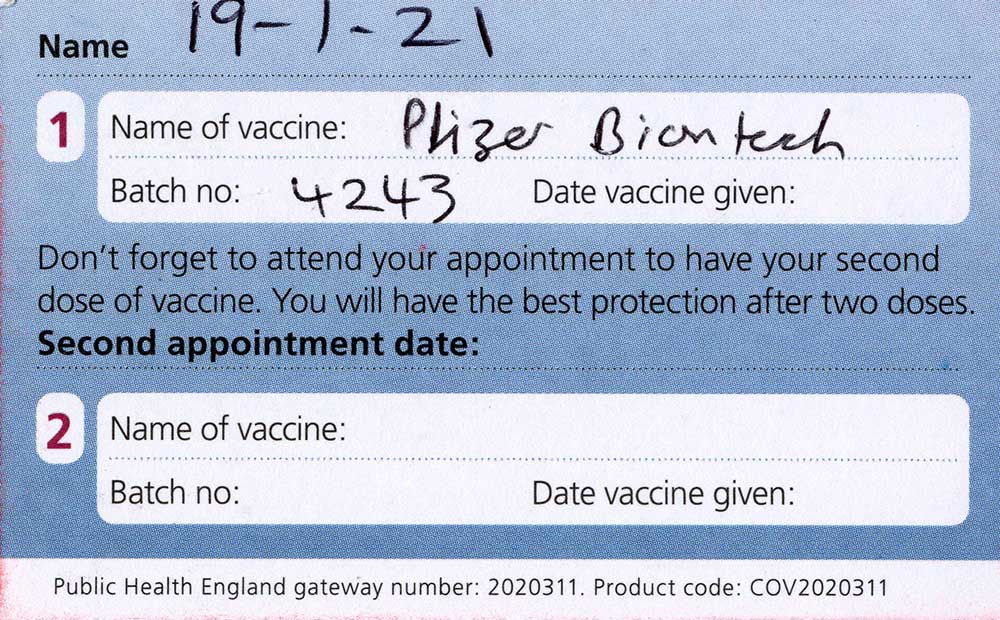 The news from Israel is not good, they are finding that death figures after the first Pfizer vaccination are only about 30% better than for the unvaccinated. Worrying in the light of the UK decision to go against the vaccine manufacturer’s recommendations. If the Israeli’s initial tentative findings are confirmed here it ought to be a resigning matter for the Health Minister. It won’t be of course because the Conservative Government will conceal the statistics, move the goal posts or simply lie. They have for the past ten months, they are unlikely to stop now.