The vaccination programme has been ramping up towards Bozo’s target number, whatever that might be today, is probably not being efficiently run; as one might expect with NHS management in charge.

The man who had his second Pfizer vaccination on 29th December was invited to repeat it all by his GP on 14th January. 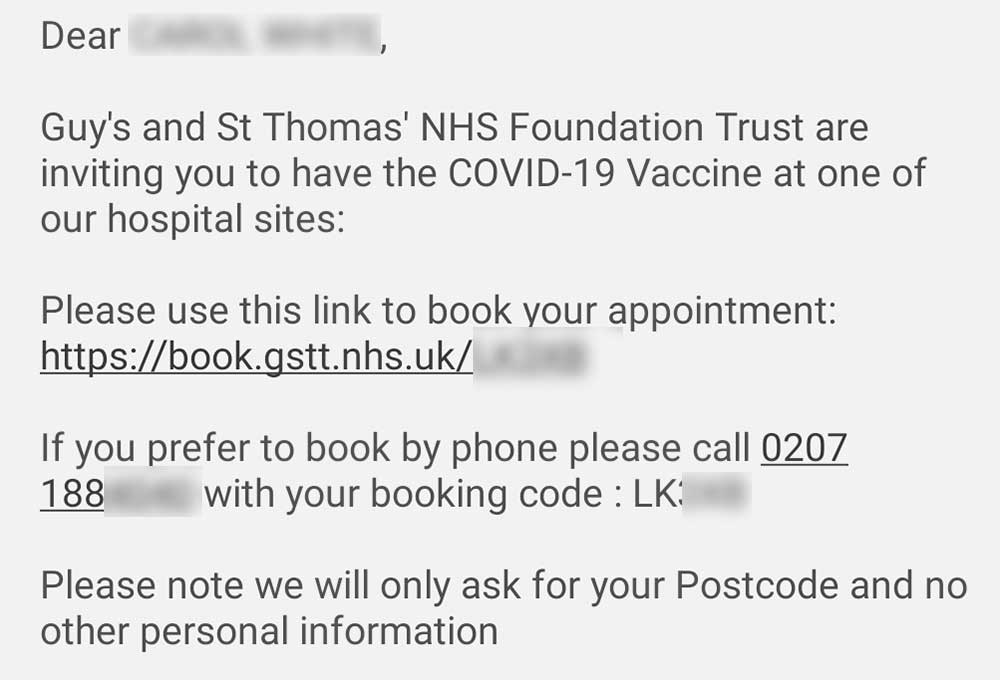 The 70+ year old who was invited to have a vaccination by telephone at the end of last week and had the Pfizer jab on Tuesday had a text message asking to go for another yesterday and again this morning. Three invitations!

On Wednesday a 70 year old cousin (71 in just a few days) living in Wanstead was invited to call a number only to be told that no appointments were available. This morning he managed to secure an appointment for this afternoon.

Moving to Bexley another 70 year old was texted by his doctor and is fixed up for next week.

All are known to me and I am older than any of them.

I suspect that I am ignored because I see a doctor maybe once every two or three years, they don’t know me. Just a few years ago my GP said people my age have, on average, contact with the NHS about 40 times a year. I didn’t believe him but Google said he was right. I can only think it must include repeat prescriptions and I have none.

All of the people noted above plus two more known to me are frequent or very recent NHS clients and if you have been counting all but one have encountered an NHS Covid cock up. The NHS knows neither my email address nor my mobile number so I doubt I will hear anything and not being one of the perpetually paranoid it doesn’t bother me at all.