I planned a day off because I was due to go East Ham; the weather forecast persuaded me not to, and the only Bonkers thing left to do is wade through the recording of the Children and Adult’s Services Scrutiny Committee (likely to be tedious) and maybe mention what Bexley’s favourite property developer is up to. Instead, by chance, two email contacts from ancient history have had me wallowing in nostalgia.

The younger brother of one of my school contemporaries somehow managed to find me and ask if I remembered the nearest thing we had to Billy Bunter in my class falling over the stair rail at the top of the third floor stairwell and hitting the steel uprights of the rails at ground level.

I sure do. Fortunately the uprights were topped by a polished aluminium rail which absorbed the impact and were severely dented but its twisting deflected the steel uprights to one side and Bouncing Billy walked away without an impaling and unscathed. I wonder what happened to Barry James.

Then someone who last contacted me in 2016 and on the same RAF subject picked up on my throw away line about 138 Squadron and the reference to low flying. No it wasn’t the Dam Busters, it was Special Operations Executive dropping radios, guns, explosives and spies into Norway, Poland, Italy and France to keep the resistance movement going. Once a million cigarettes dropped into Holland at the request of their Royal Family to boost the morale of the population! It was a different age.

Halifaxes, Stirlings, Lysanders and Hudsons dropped packages at zero height into small fields guided by hand held torches flashing signals. To minimise the chance of the aircraft leading the Germans to the resistance with fatal results they kept under 200 feet as soon as they crossed the channel or North Sea. Many aircraft returned with lumps of tree or electrical cables wrapped around them and for that reason too many didn’t get back at all.

I have little first hand information about it because everyone on the squadron was sworn to secrecy which wasn’t lifted during my father’s lifetime. All he said is that a daredevil Polish pilot once hedgehopped his Halifax returning from Cairo via Malta all the way from Land’s End to Bedfordshire with a small detour for a low level run over my mother’s house while she was hanging out the washing. I have a soft spot for the Poles.

So what has Mr. Singh been up to? Nothing too exciting. Under reference 18/03247/FULM he has been granted permission to build 13 flats and a commercial unit over five floors to the rear of 44 Erith High Street. Behind the Playhouse theatre. 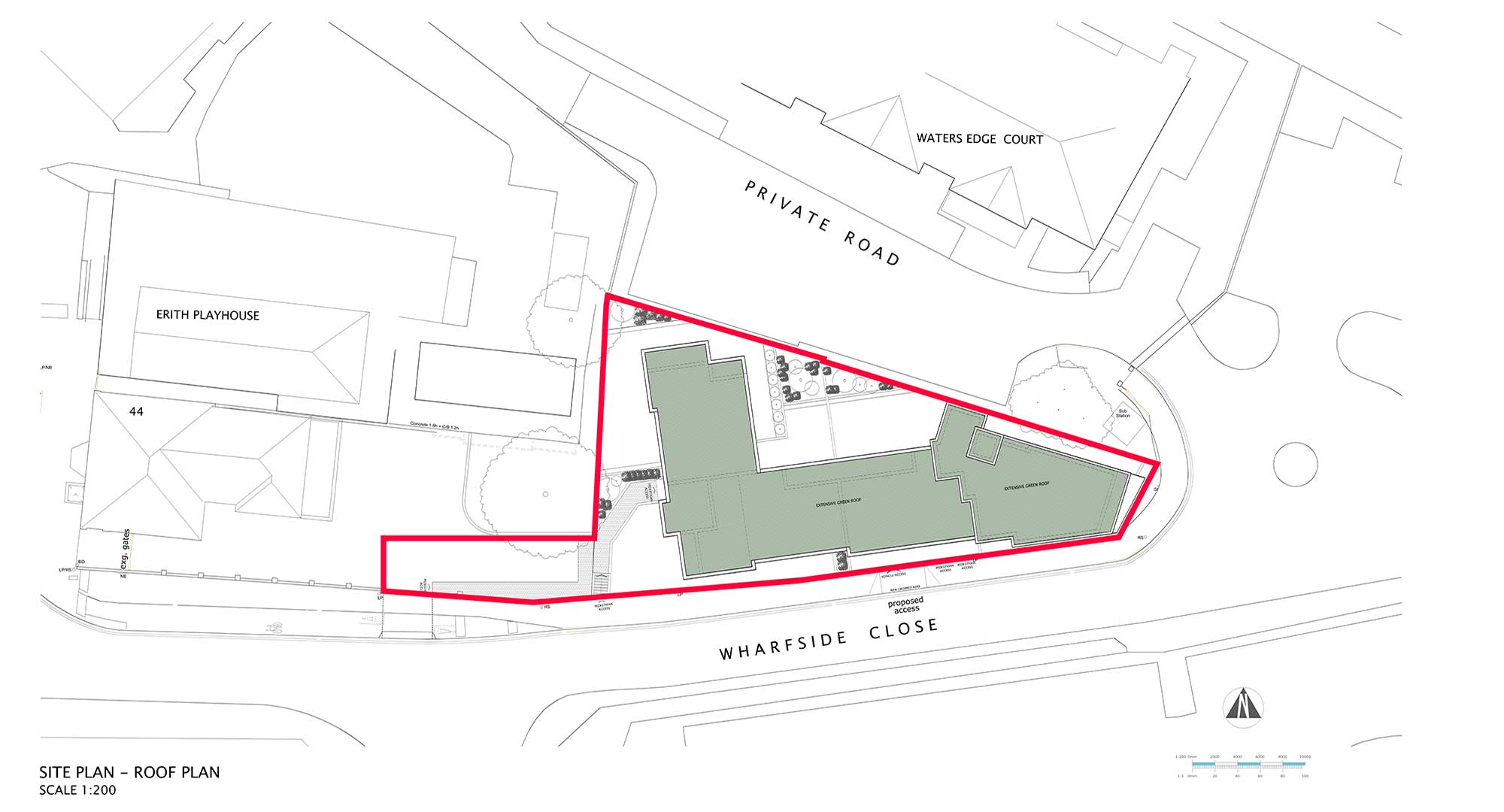 True to form a neighbour reports his people shinning up ladders and working on scaffolding without a hard hat in sight. Maybe Sikhs.

Going back to the nostalgia I have a DVD somewhere which depicts the building of the Crystal Palace TV transmitter in the early 1950s. It became operational in March 1956. Not a single hard hat anywhere. Once again, a different age.