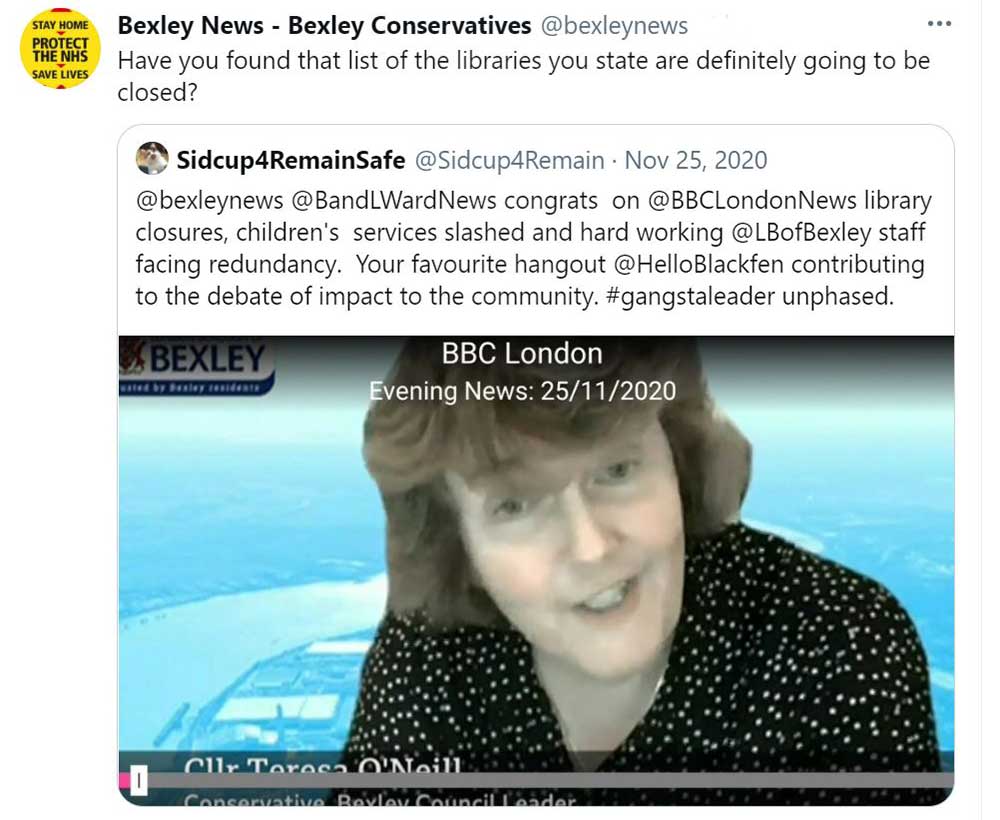 This may just be my favourite Tweet of the day. @bexleynews hanging the hapless @Sidcup4Remain out to dry for yet another ill-considered Tweet.

One might also add the same Sidcup4Remain who called me a coward for openly stating my opinion while hiding behind a pseudonym and thinks that blocking my access to Twitter will stop me looking at it. The sort of extreme leftie who thinks Retweeting a desire to see a political opponent dead is a good idea.