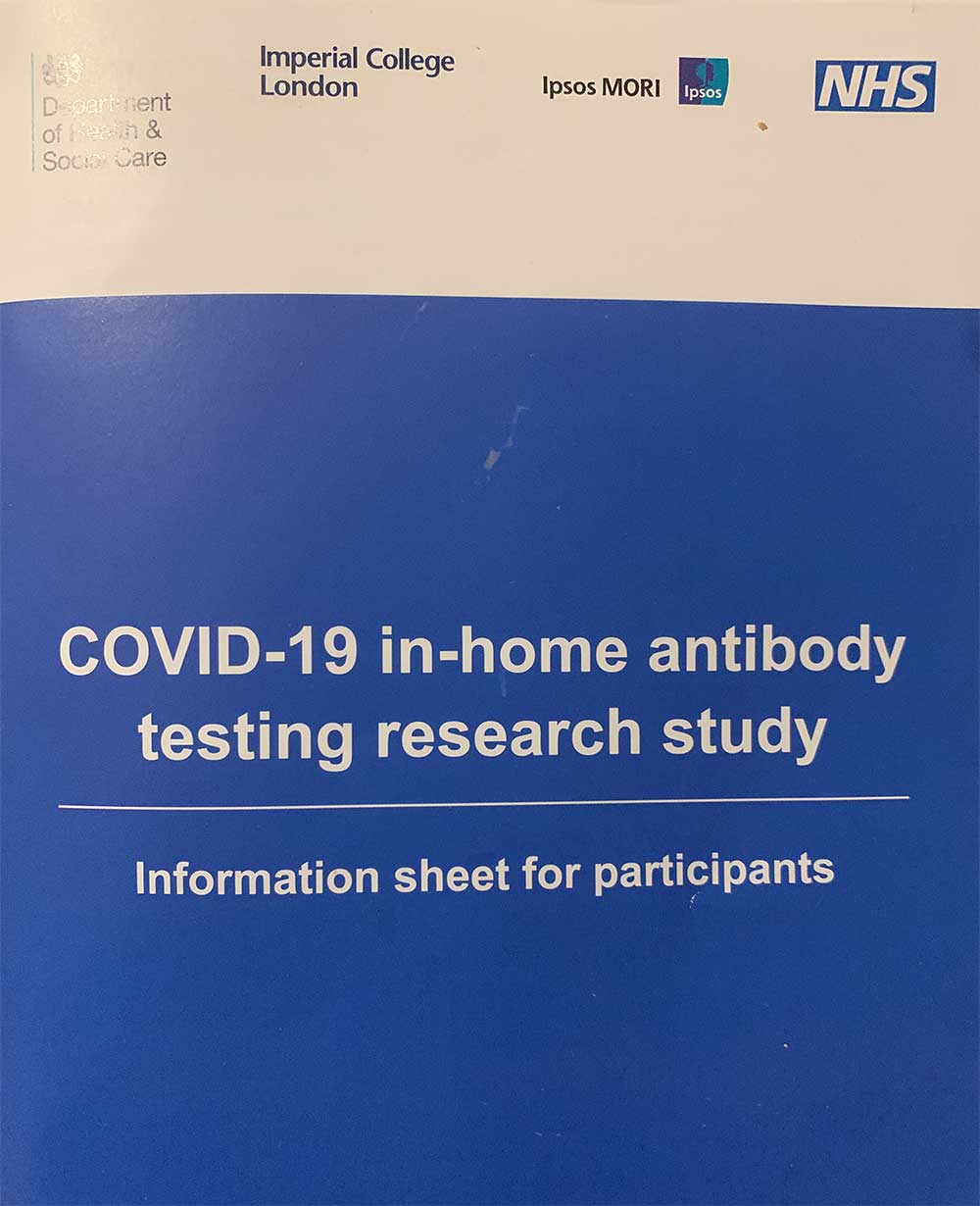 My family has not been especially lucky in the Covid vaccination lottery but all the right packages were drawn in the antibody test lucky dip. Four prizes spread across two households. All proved negative and went in the bin afterwards.

For three people the accompanying questionnaire proved to be far too intrusive. Mask wearing habits, recent contacts, income, life style choices as far back as the mid-1970s all proved to be too much.

That and the fact that the NHS had handed over personal details to Ipsos MORI and was asking for more to be handed over. Hence three test results in the bin and a fourth deterred from using it.