29 January (Part 2) - Domestic abuse is on the rise again

The subject of Domestic Violence (DV) crops up at Bexley Council meetings far too often. I canְ’t really get my head around how people can be violent to anyone, let alone partners. The last time my fist made contact with a nose was in 1956 or thereabouts when I caught Michael Day, the school bully, putting a multitude of pins around the circumference of my bike tyre, he retaliated with an air pistol.

Over the years I have noted three local addresses where one frequently heard aggressive shouting and not too long ago twice saw a woman shouting for help from a third floor window, a situation which conflicts with my wish never to speak to a police officer ever again. Last night Detective Superintendent McDonagh (Head of Public Protection South East BCU) addressed Bexley Council on that very subject. 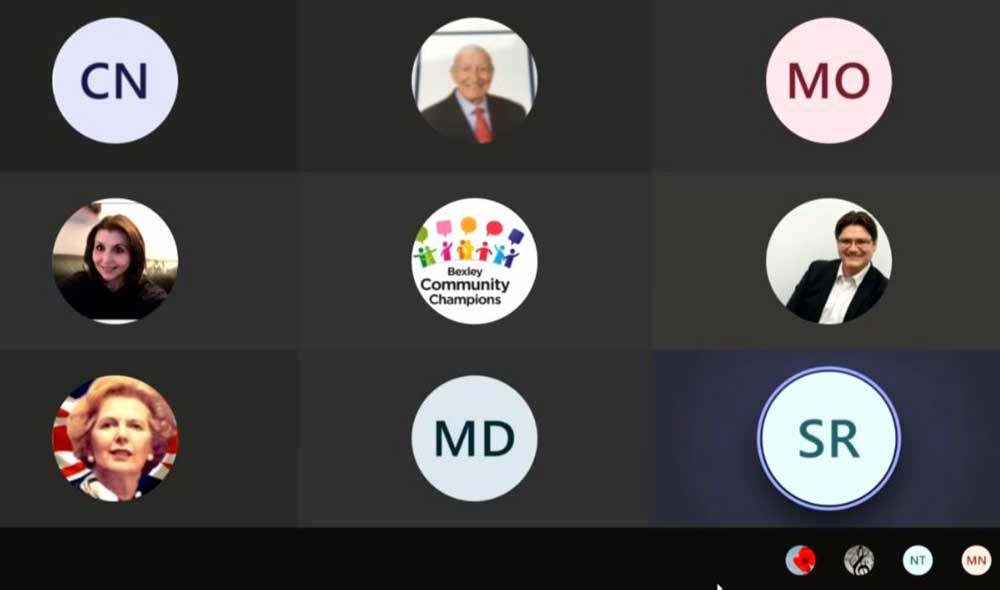 Before he did so Deputy Director Toni Ainge said that DV is getting worse in Bexley and not helped by Covid-19 which the DS immediately confirmed. The cases are 9% higher than a year ago.

Chairman Alan Downing asked the Superintendent how the police differentiate between DV crime and non-crime. One is a crime and the other is not but noted and may ultimately result in a reference to suitable agencies such as social services.

How common is the non-crime incidence the Chairman asked but the figures were not available. (The DS has only just been appointed.)

Councillor Howard Jackson (Conservative, Barnehurst) asked if economic abuse was investigated as part of DV. Would keeping a partner short of money or taking away what money they have away constitute DV? The police officer said “it absolutely would”.

Councillor Richard Diment (Conservative, Sidcup) said that across London about three quarters of DV incidents become a recorded offence but in Bexley it is about 30%. Is that good or bad?

Despite the answer being stretched over four minutes I was none the wiser at the end of it.

The Chairman asked a more direct question, how many incidents are there in Bexley and he was rewarded with a straight answer. About 4,000 but probably the tip of an iceberg because of a reluctance to report to the police. There are 27 beds in the refuge and there is never a spare bed.

Last year 526 children from DV households were identified and given appropriate help. (Councillors’ tendency to use jargon and unexplained acronyms make a more detailed description impossible.)

Councillor Mabel Ogundayo (Labour, Thamesmead East) asked about violence directed at men which approaches 30% of the total. She was told that the Council took a gender neutral approach.

There has been more than one “domestic homicides in Bexley” and a 23 year old attacked his mother and was jailed for it.