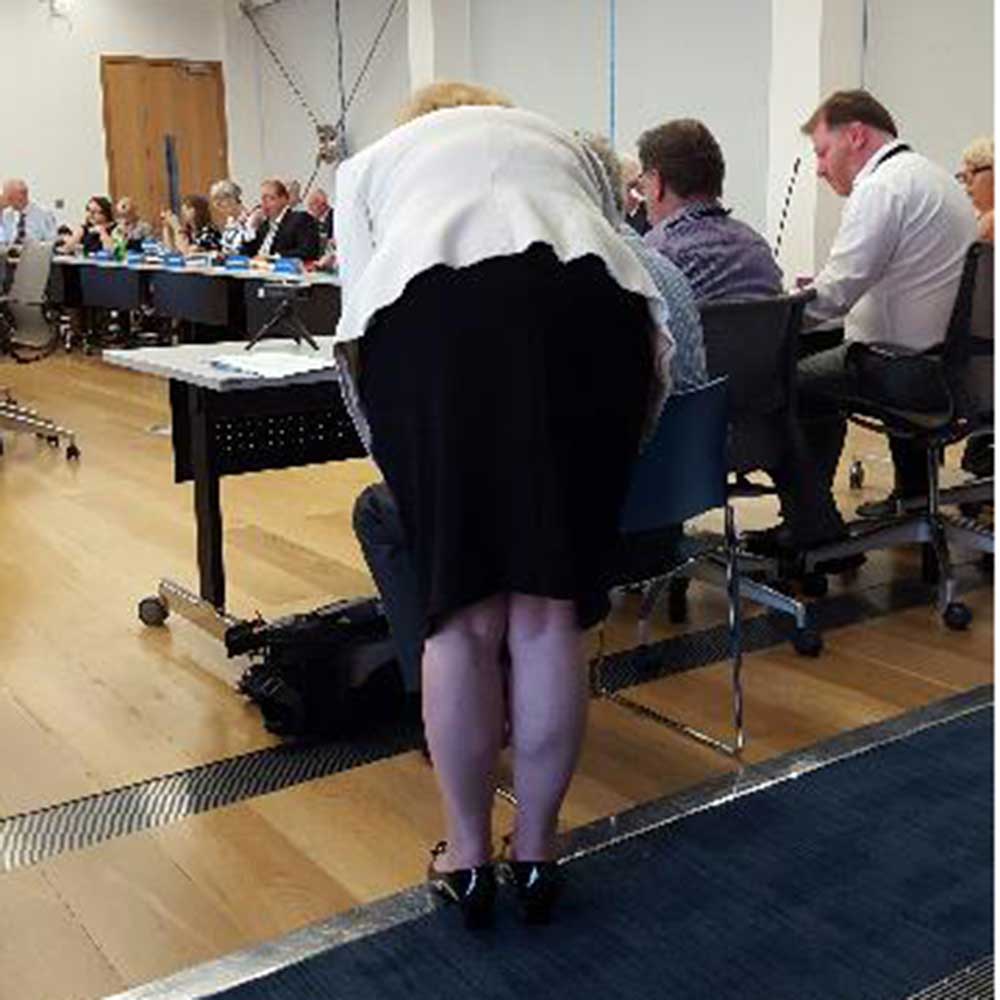 The Cumbrian press is reporting that their County Council has recruited Bexley cast off Gill Steward to replace their Chief Executive next month. The current salary is £152,670 a year. In Bexley Steward was paid £173,957 a year for being useless.

There is no record of her achieving anything during her two years here if one excludes the story of her fixing a splash problem in the lady’s loo and the fact that she removed press reporting facilities from the Council Chamber.

It is pretty much definite that she caused a long standing loyal employee to resign only to be welcomed back when Steward found the exit door only two years after finding her way in from Cornwall via West Sussex. She disappeared with £94,000 of taxpayers’ money stuffed into her swag bag. (News Shopper report.)

The Leader of Cumbria Council, Labour Councillor Stewart Young has said “Ms. Steward brings with her the perfect range of skills, experience and leadership that we need now and for the future”. Bexley residents will wish him and his residents the best of luck.

If LinkedIn is to be believed Steward has been out of work since she left Bexley but reports elsewhere suggest membership of an economic think tank.

It is to be hoped that she does not continue to live in London as she did while employed as Director of Communities in Cornwall. The residents there believed that the expenditure on travel claims to London was excessive.

Meanwhile Bexley has been losing staff more valuable than a Chief Executive; at least three more from Finance and others outsourced to Capita. Not just down the road to Erith but dumped in Chippenham. How much will that cost in relocation costs or is that something else that’s been chopped? A certain Finance Director is being blamed for “the despair” and “the happiness”. Among those who remain and those who have managed to get away respectively.