Mr. Shvorob asked two questions, he asked Cabinet Member Craske why, of three pedestrian crossings shortlisted for installation nearly a year ago, the most needed one in close proximity to a school in Erith Road, was still waiting.

Councillor Craske responded in a way I have heard from him before. “I’m afraid I do not really understand the question.” He went on to say that all three have been “implemented”. Six and more years ago Cabinet Member Craske enjoyed the same reputation as Boris Johnson does in the eyes of Dawn Butler and there was plenty of evidence for it but presumably he is right this time. I will have to go and take a look.

Note: It transpires that the question was based on a Freedom of Information request to Bexley Council that confirmed in April this year that Erith Road continued to lack the crossing announced in September 2020. However it was unexpectedly installed in May. An honest politician would have mentioned that fact within his answer and not chosen instead to attempt humiliation of a resident. Unfortunately Bexley’s Cabinet is not entirely made up of honest politicians and Councillor Craske in particular has a track record of trying to make residents look silly. (One of several examples.)

Councillor Francis (Labour, Belvedere) also had a question for the Cabinet Member for Places. How will the new recycling contract improve the lot of staff? Councillor Craske said that all the staff will receive a significant pay rise when they transfer to CountryStyle Recycling because they will get the London Living Wage. Councillor Francis also asked about the injustices meted out to staff by Serco, the refusal to hand over the back pay etc. Councillor Craske said that was nothing to do with him.

Immediately following that there was some sort of commotion that was not clearly picked up by the microphones, something about picket lines, which was the cue for Councillor Craske to turn political asking Labour members if they supported the strike or supported public service. The answer, if any, was not audible. (†) 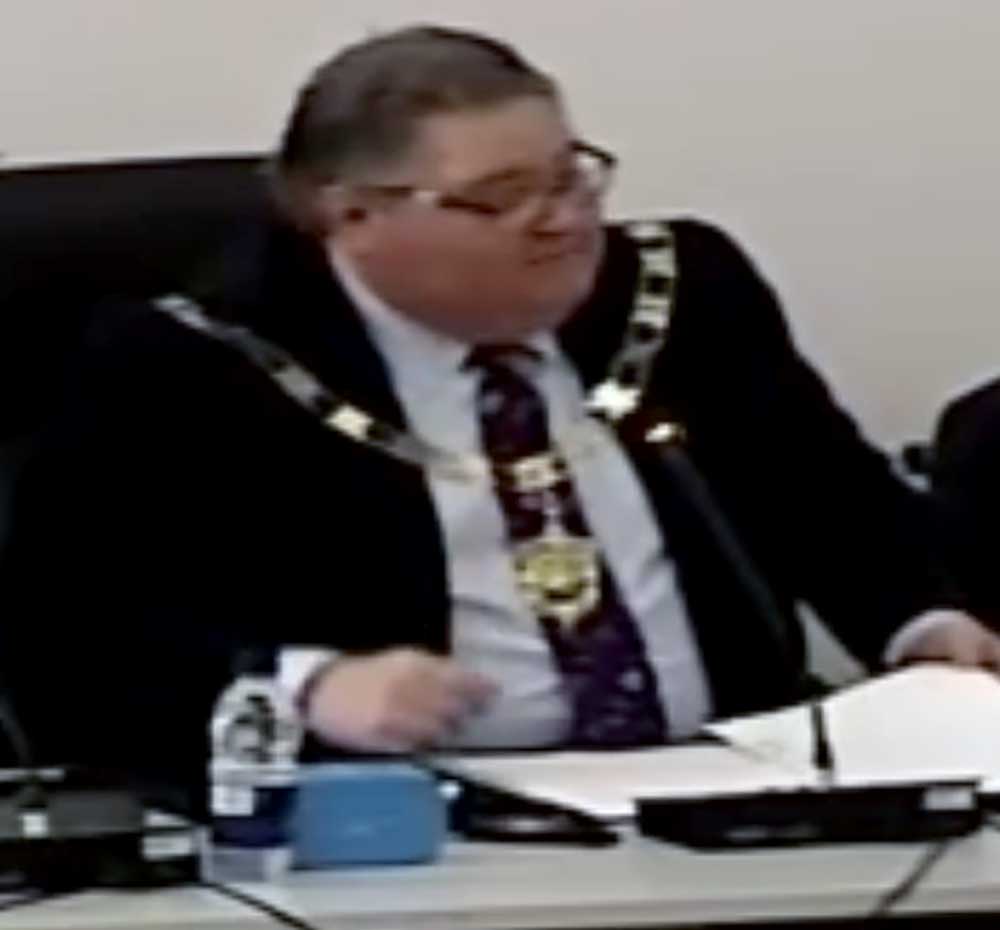 Councillor Slaughter (Conservative, Sidcup) asked the Cabinet Member if he knew that Labour members “had cheered the fact that waste and recycling vehicles had been prevented from leaving the depot.” Councillor Craske against inaudible comment from a Labour member said he had seen a statement from a Labour Councillor apparently cheering the fact that vehicles “couldn’t get out”. “Imagine being frail and unable to get to the dump and finding out that Labour love the fact that rubbish couldn’t be collected”.

There was more indecipherable Labour shouting and for the second time the Mayor reprimanded Councillor Wendy Perfect. Councillor Craske said that his party was on the side of residents but the Labour Group was not.

Councillor Nicola Taylor (Labour, Erith) asked about housing. She said that the Housing Allocation Policy referred to ‘suitable housing’ 26 times and wondered if the Cabinet Member could define the term.

Newly appointed Cabinet Member Sue Gower said the term embraced space and location; but at that point her list ended. Suitability must be in tune with the needs and requirements of the homeless person, she added, and provided examples.

Councillor Taylor said that in practice the homeless were being placed in accommodation which is verminous, without locks on doors, toilets not fixed to the floor and miles away from their children’s school. “Are they suitable housing?” The Cabinet member said it was “very difficult to respond” but there was a review of standards with housing providers going on.

Councillor Cheryl Bacon (Conservative, Sidcup) reverted the questioning to the new waste contract but the answer revealed nothing that was not in the official announcement.

Councillor Francis (Labour, Belvedere) quoted from Section 45 of the 1990 Environment Protection Act which states that rubbish collection is a Council responsibility and asked why Bexley is saying the strike is nothing to do with them. Craske waffled and said again that Labour “opposed the delivery of this vital service”. It sounded just like an @bexleynews Tweet (unjustifiably blame Labour and run away) except that as I understand it one of my local Councillors has taken that view. Labour generally has not.

The first silly question of the night came from Councillor Melvin Seymour (Conservative, Crayford). Would Cabinet Member Craske congratulate Greenwich Council on following Bexley’s lead on LED street lamps? Peter Craske thought it was “great”. Bexley spent £3·8 on 19,000 lamps and Greenwich is spending £11·5 million on the same number of lights. At every opportunity Bexley’s expenditure was called an investment but Greenwich was accused of spending far too much.

Labour Leader Borella harked back to the bad old days when Bexley Council actually turned some lights off at night. (I once took a holiday in rural Wales where the village cafe closed for lunch!) Councillor Craske easily turned that comment back on Stefano. The policy had been recognised as a mistake and rapidly reversed.

Councillor Jackson (Conservative, Barnehurst) asked a question about care leavers’ housing to which he knew the answer, even I knew the answer. It did however allow the Cabinet Member to immediately and quickly read out a long list of things which the Council was doing. Asking questions with prearranged answers has long been Councillor Jackson’s main contribution to [staged] democracy in Bexley. Obviously a technique that pays off; hence him replacing the more independently minded Councillor Dourmoush as a Scrutiny Chairman.

And there endeth the 30 minutes allocated to questions.

Bin strike FAQ. (Some recycling collections in my road are now more than a week behind schedule.)

† Further enquiries reveal that there was a bin protest outside the Civic Offices and Councillor Craske insisted on calling it a picket line and that Labour Members had crossed it. They attempted to correct the political mischief making to which he is addicted; hence the commotion.

Presumably Councillor Craske’s ignorance extends to not knowing that pickets form lines outside their place of work to deter strike breakers and Bexley Council is not the binmen’s employer. If it really was a picket designed to hamper recycling services Craske could have called the police because secondary pickets were made illegal nearly forty years ago under Britain’s last conservative Prime Minister, Margaret Thatcher.