After years of proclaiming the Metropolitan Police to be corrupt I am feeling vindicated but I must try not to gloat. It is now official. DMIP Chair Baroness O’Loan was unafraid to say so and if you see some weak minded news media referring to “A form of corruption” you can be assured that far more forthright versions of that phrase were used. It was at least twice made clear that the corruption was ongoing and Commissioner Cressida Dick was credited with hanging on to vital documents until as recently as last March as well as being responsible for suppressing documents from when the Daniel Morgan Independent Panel first began work eight years ago. 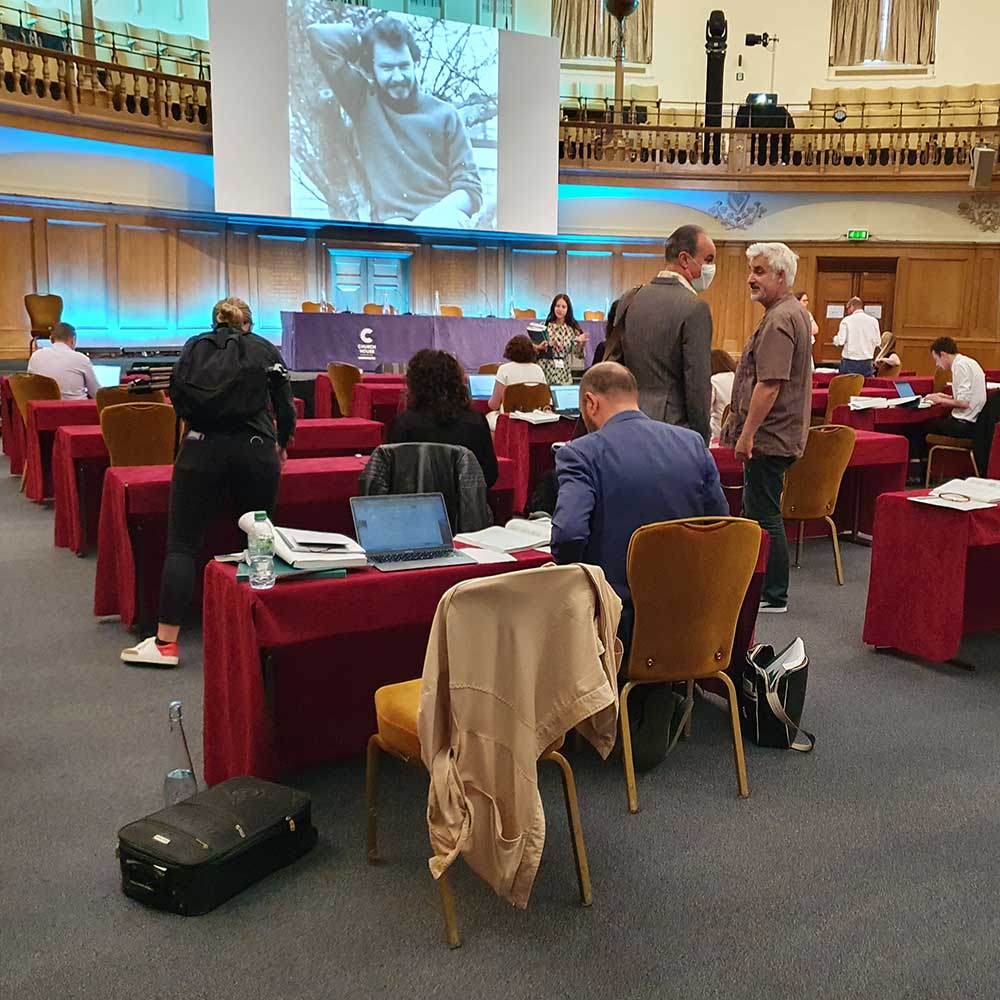 As Photo 1 indicates no one has yet had enough time to digest its 1,250 pages with not an Index to be seen. Its progenitor Theresa May MP dropped in to collect her copy which is just as well because I was able to nick her media box to carry mine home.

Photo 2 was taken after the formalities ended and while journalists filed their reports.

The Baroness did not pull her punches during press questions. Yes the Met had been obstructive and corrupt. Yes they have treated the Morgan family abysmally and yes they have cost taxpayers a large proportion of the £16 million the report cost by deliberately restricting access to police IT systems and documents.

The police were labelled “venal”.

Yes Cressida Dick should consider her position said Daniel’s brother Alastair who has spent half a lifetime pursuing crooked police officers. It has taken a terrible toll on him and he is no longer the man I first met 30 years ago.

Daniel’s widow was visibly upset by the proceedings; another life, along with her two children’s wrecked by bent cops; bent right up to Commissioner level.

The Panel members went out of their way to be kind and sympathetic to the Morgan family, it is not often that one gets to shake hands with a Baroness. Her formal 30 minute address to the media was measured and I was at first prepared for a whitewash but as she went on and especially when answering questions that was far from being the case.

In answer to a press question Alastair Morgan confirmed that not once has Home Secretary Priti Patel been in touch with him. That is a worse record than even Theresa May’s Labour predecessors who were at least prepared to discuss the family’s concerns even if they did dismiss them all after being reassured by police lies.