Yesterday in a moment of boredom I responded in a slightly cheeky manner to Peter Fortune’s Tweet praising his campaign team. The original Tweet included a picture of Councillor Philip Read. My comment provoked more interest than it deserved but only one doubted its truthfulness. That exception was Councillor Philip Read. He denies being in my road delivering on behalf of Peter Fortune. 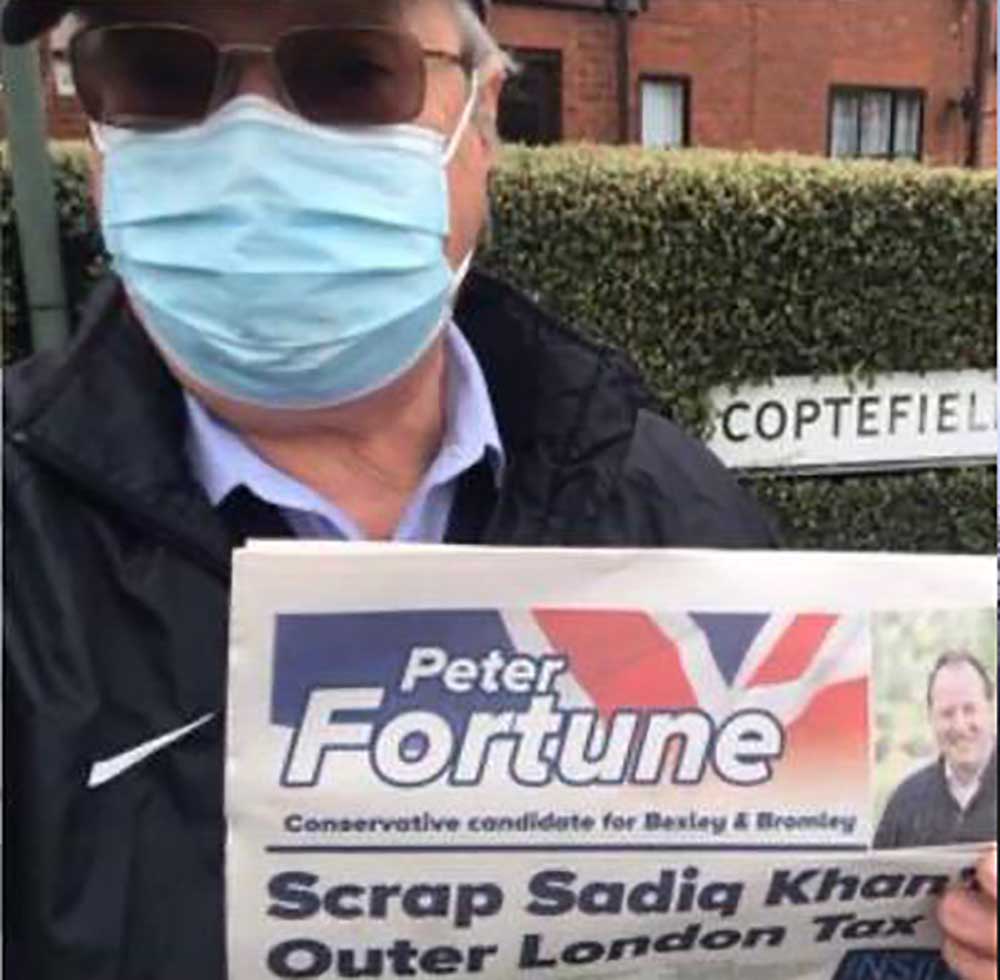 When I first published this photo on 10th April I wasn’t absolutely sure who it was standing in front of my road name sign but a Councillor friend said it was definitely Councillor Read. This was confirmed when he photographed himself maskless in a similar pose.

He is fairly obviously carrying Peter Fortune’s election newssheet but Read denies he delivered it in my road.

And why would he think it was rational not to put leaflets through my door? Someone who was once a paid up member of Erith and Thamesmead Conservative Association and while disillusioned with the party for many years as well one might be with people like Read in charge I almost always vote Conservative. There have been a couple of exceptions for local candidates I knew to be good ones.

Every blog written in the week before the May election was inclined in the pro-Tory direction and despite more dithering than usual that is where I eventually placed my Mayoral X. The Conservative Party candidates were not entirely left out.

Why does Read attempt to lose my vote? Not what a real Peter Fortune supporter should be doing.

Councillor Philip Read has to be an unreformed idiot doesn’t he, and if my interpretation of today’s Tweet is correct an idiot incapable of being entirely truthful.

It is odd that Read claims he didn’t put a copy of the Mayoral campaign letter through my letterbox because I got a copy on the day he took his own photo. A double fibber or a memory not becoming of a Cabinet Member?