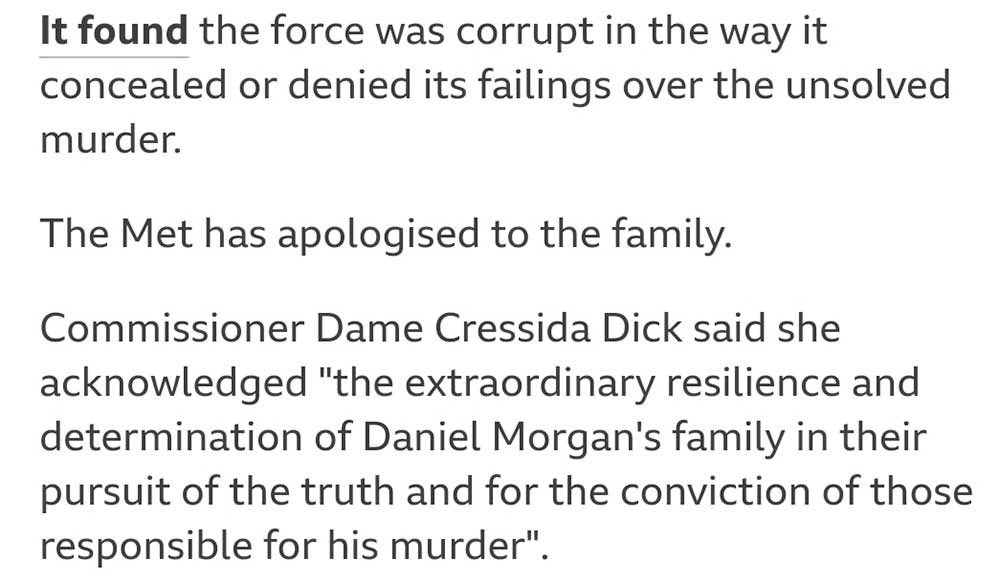 Several readers have emailed and even phoned to ask where they can read the text of Dame Cressida Dick’s apology to the Morgan family for presiding over a much delayed report, largely her fault, and for heading up a police force which is now officially judged to be institutionally corrupt. Not just in the past but right now.

Several news sites referred to the apology - the one alongside came from the BBC - so where is it?

I phoned Alastair Morgan to ask him.

“Hi Al, can you let me have the Dear Mr. Morgan letter you have had from the Met. Police Commissioner so that I can add it to your website?”

You know where this is going don’t you?

No member of the Morgan family has had any contact with official bodies or their leaders since the DMIP report was published or for that matter in the weeks and months beforehand.

The report runs to more than 1,200 pages yet within an hour or two of it being published these three charlatans and ne’er do wells had all said that they had full confidence in the Commissioner.

The Report refers to “institutional corruption” ten times and corruption many times more. Ignoring it is yet another example of Institutional Corruption in Government officials from both Left and Right. 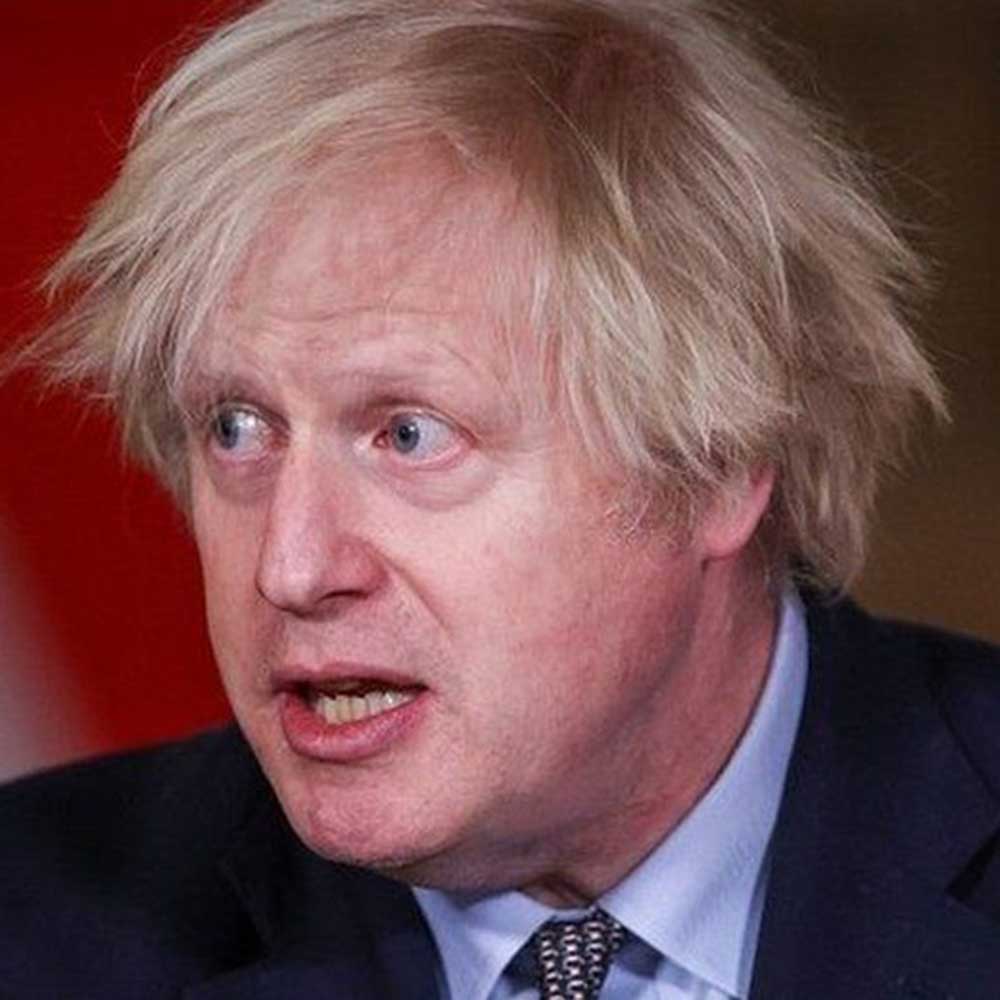 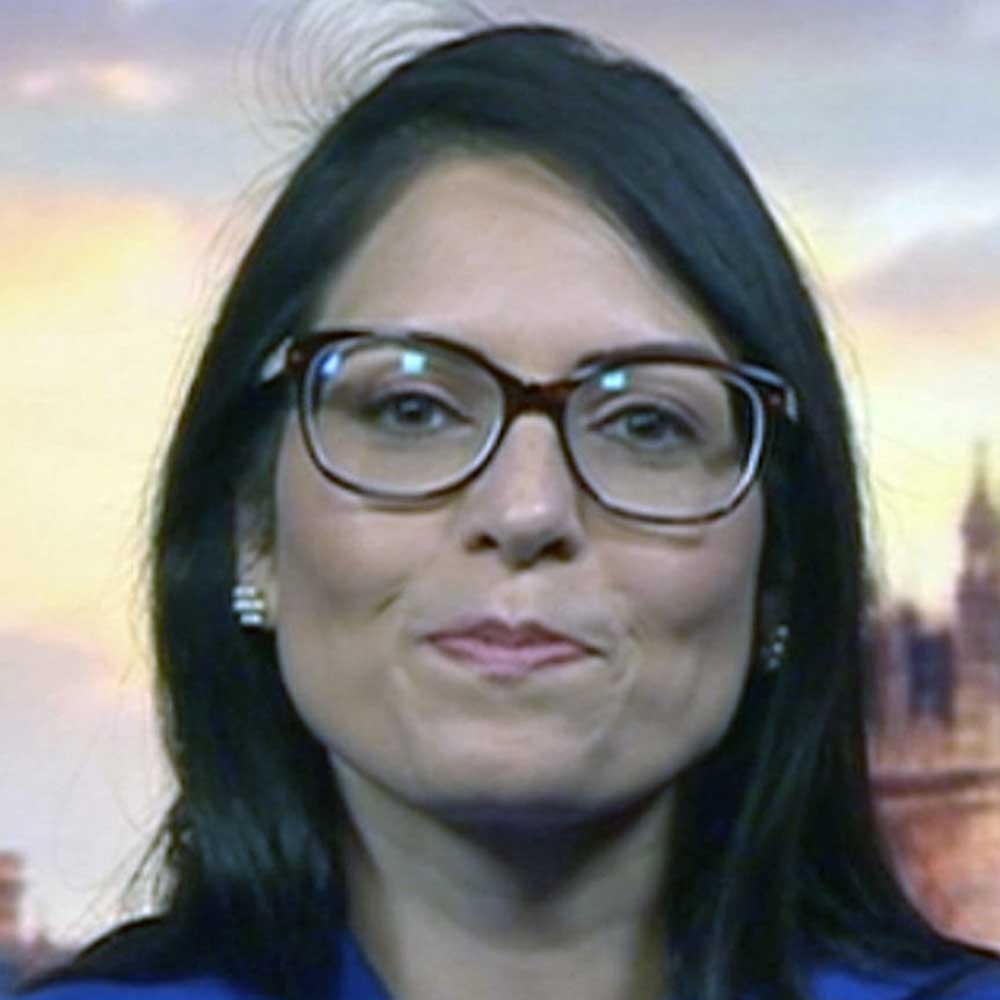 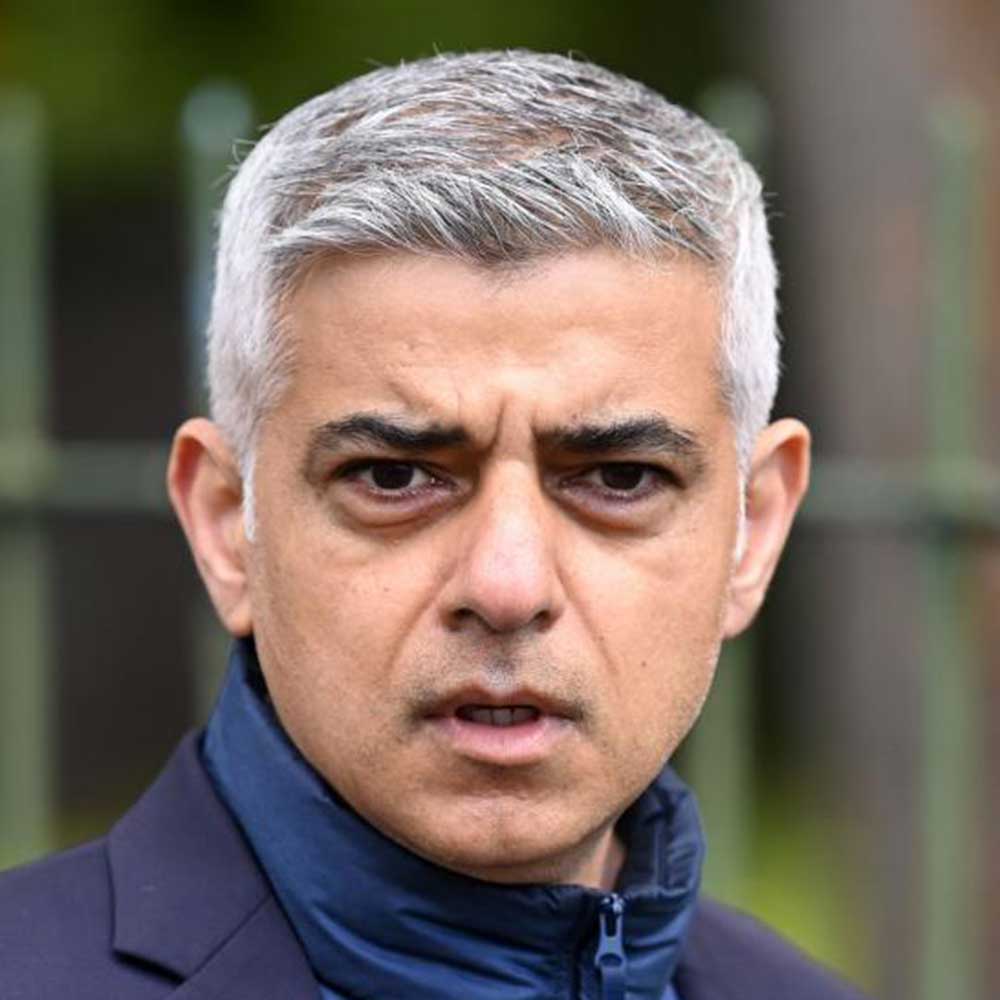