Senior Metropolitan Police Officers continue to rubbish the Daniel Morgan Independent Panel’s report which after eight years of deliberation came to the conclusion that the Met was and still is undeniably Institutionally Corrupt. By denying it they prove the DIMP’s case that the Met’s primary objective is to protect itself. 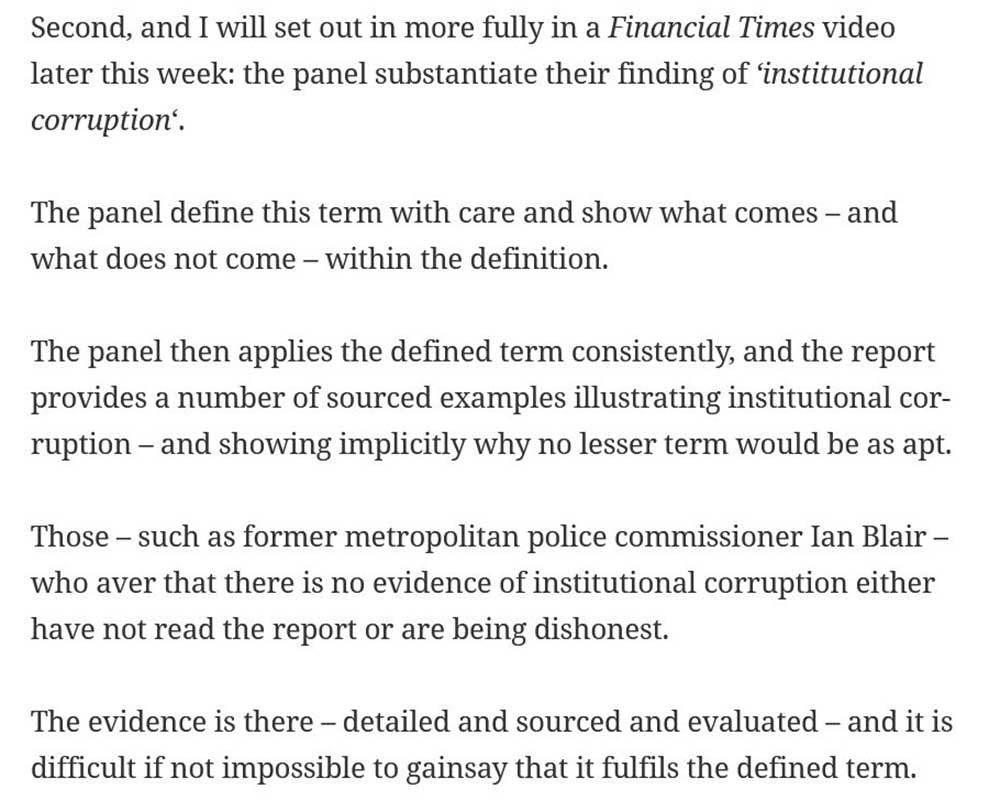 The Financial Times promises us a video for tomorrow explaining why the Panel’s verdict is right and its author has provided a foretaste of what it will say.

“No lesser term [than Institutional Corruption] would be apt.”

The official report makes it amply clear that Commissioner Dick and the Met in general tried very hard to obstruct the flow of information to the Panel, something I was hearing about unofficially from 2013 right through to 2021.

No one suggests that the Metropolitan Police would not like to solve the crime but only when they stop protecting themselves is that likely to be possible.

It looks like the Daily Mail got this report wrong last month. What could the Home Secretary say or do anyway?