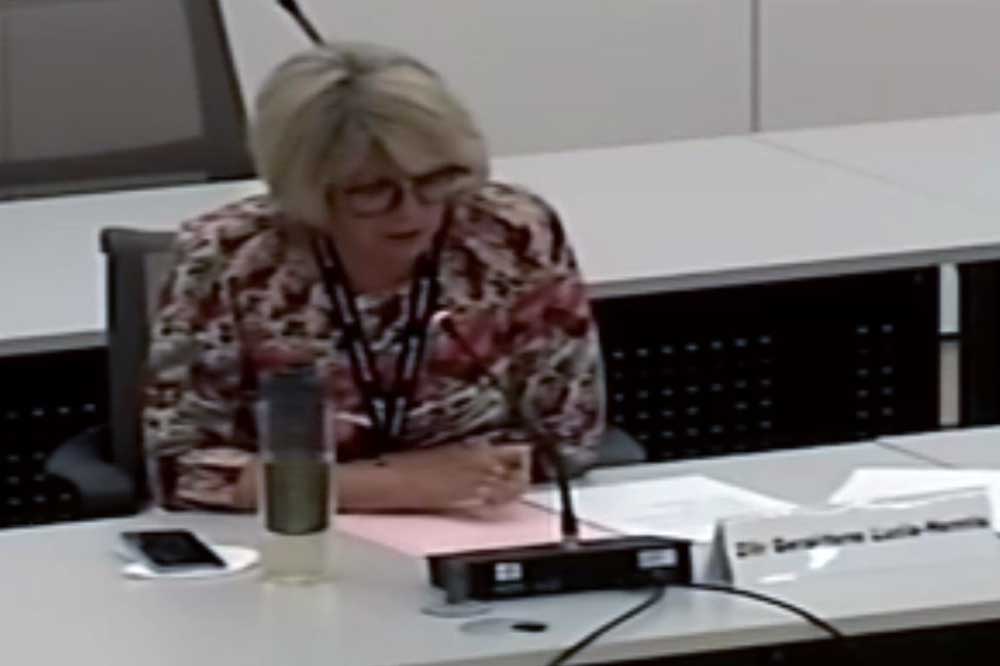 Before 2016 Hall Place was managed by a Heritage Trust which soaked up a lot of money, so much that Bexley Council thought they could do better by managing it themselves. Initially they probably did but things have gone rapidly down hill over the last couple of years at least.

Councillor Geraldene Lucia-Hennis (Conservative, Crayford) chaired a Sub-Group to examine what might be done.

Among other things she was not happy with the catering contract which was a remnant of Heritage Trust days. The current contractor exerts far too much control. Among other concerns was not being able to find a list of the artifacts owned by the Council. There was no list to say what the items were, where they were stored and their value.

She “found it hard to believe that a Council has not got that list somewhere and very very safe”. No insurance documents have been found.

Her Committee visited the house last September and again in June and she was “upset, appalled and troubled” to find in a period of closure absolutely nothing had been done to improve it. Recommendations totally ignored and there was no plan for reopening.

The Events Organiser appointed in April had apparently done nothing. She has had no instructions and as a result no events, weddings etc., had been booked and “that is key to making Hall Place pay for itself. It has been neglected.”

Council Officers had provided no useful information about the catering contract and the list of artifacts. Councillor Lucia-Hennis said she had been given lame excuses many times over at least four months and she was clearly unhappy about it. Sarcastic about the perpetual failures might be a fair description.

Cabinet Member Craske said many of the problems stemmed from the furloughing of Hall Place staff and the narrow corridors that prohibited social distancing but no excuses were offered for the failure to take wedding bookings which due to intrinsic delays cannot translate into actual receptions until next year.

Councillor Nigel Betts (Conservative, ) said he was “very disturbed” by what he had heard. He wanted to know why there was not “a digital inventory of all of our artifacts and historical items. What happened to the highly technical temperature controlled depository we used to have in Crayford?”

There used to be a similar depository in the old Civic Offices, he said. “It just disappeared and officers shrugged their shoulders. The time has now come when we need answers. It is all very disappointing.” None of his questions were answered.

Keen artist John Davey said the gardens were “looking a bit tatty”, the green house and sunken garden was closed and he was scathing about the reduced facilities provided for art exhibitions. “You can go to museums and galleries but not Hall Place. ‘It’s Covid’ is a weak excuse.

“The house is bare with nothing on the walls, there is nothing there worth seeing. If I wanted a wedding there I would look at it and think why would I come here? It’s the most dreary place I have ever seen.”

“The shop will soon take over the whole art gallery and letting it out is supposed to provide an income along with commission fees on sold work. The shop has just taken over another wall cutting down the hanging space. You get to the point you think are people going to bother to hire a gallery which is three quarters shop? It’s not worth the effort to use it as a gallery any more.”

“I have never seen anyone buying anything and we need to know the cost and profitability of the shop. The only good news is that the railway is being installed.”

Councillor Cheryl Bacon (Conservative, Sidcup) reinforced what had been already said and additionally asked about obtaining a Heritage Fund grant only to be told that £200,000 had already come by that route but it had all been spent on the Events Organiser and improved signage etc.

Councillor Slaughter (Conservative, Sidcup) said she “had a feeling of disappointment that no one has been using their imagination or is fired up by things we could do. We have an amazing building in beautiful grounds and we should be exploiting it”. Things like the greenhouse should be open. She was critical of Council Officers’ lack of answers too. The Chairman agreed it was “unacceptable and Officers should meet us half way.”

Councillor Lucia-Hennis’s Sub-Committee thanked Councillor Stefano Borella for his contribution to the report which will now go to the Cabinet Member. The Committee will probably continue.