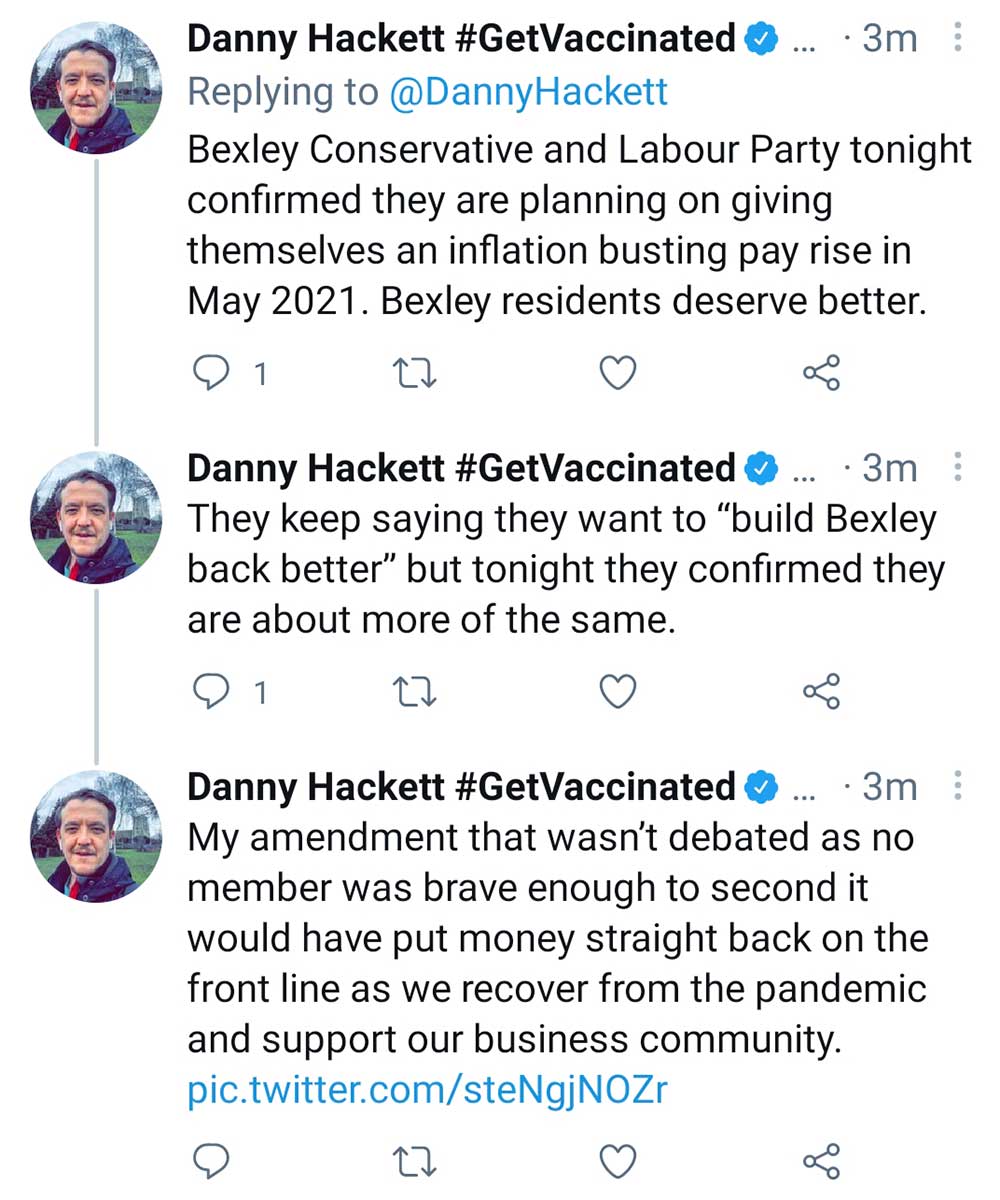 The next Full Council meeting item was Councillor Hackett’s budget amendment hurriedly reported yesterday evening. Since then the Tory pot has been calling the Labour kettle black. (Are we still allowed to say that?)

As you might expect the Conservatives are back pedalling furiously.

It may not have been clear from yesterday’s report but Bexley did not freeze Councillor allowances last year, they rose in line with inflation. There was however a gentleman’s agreement (am I allowed to say that any more?) among all Councillors not to claim the increase. They could do so at any time but none have so the money accumulates in some sort of suspense account.

When the gentleman’s agreement ceases they pick up an enhanced allowance. If it was frozen they wouldn’t.

Danny Hackett’s amendment proposed that the agreement should be extended for another year which would have put £42,542 into the suspense pot. The total of both years.

The Conservatives are now claiming that Labour is making up the claim that Councillor allowances are going up despite the fact that they have allocated £22,484 to do exactly that.

Furthermore they remind us that they committed to refusing to accept the increase in allowances as long ago as last December. Freezing allowances and voluntarily not taking an increase are very different things. One is for all time and the other isn’t.

Councillor Hackett wanted to make forgoing the increase mandatory. If it was a redundant amendment why did no one tell him? If the Conservatives had pre-empted him why did they refuse to support him?

It looks as though some untruthfulness may lie at the heart of the matter.

The reference to not increasing allowances for eight years is curious. Why no mention of the 2019/20 agreement not to take the increase? One could be forgiven for thinking that the December announcement was a reference to last year. That would explain their failure to support Danny Hackett last night. The cut referred to is almost three years old and took eight years from its first mention to implementation.