It is exactly one year since I drove to Bletchley Park to look at the code breaking museum there. I have not really been out since.

Certain Corona virus precautions were in evidence even then. The cash desk was unapproachable behind a barricade but they still managed to sell me tickets which allowed free visits at any time during the following twelve months. False pretences?

The guided tours were restricted by the Social Distance rules and the restaurant was only doing tea and cake. Like today, it was bitterly cold.

A whole year of life since wasted largely because we have a government that takes delight in scaring the gullible with frequently false statistics. (My sister has just complained to me about being lectured again by one of her friends using a sanitised telephone from behind the sofa.)

Who would have believed a year ago that Bexley Council would be issuing notices telling residents who they could lawfully meet up with?

What was the point of being vaccinated? Where is the evidence that I who have been nowhere is a health hazard to anyone?

I ventured out today for some exercise as my weight has crept up to what I regard as an absolute maximum but was beaten back home by a hailstorm. I was not alone, a flying duck came down beside me and decided to walk instead. I left it in a bus shelter. It was not even nice weather for a duck but at least he isn’t living in a dystopian dictatorship. 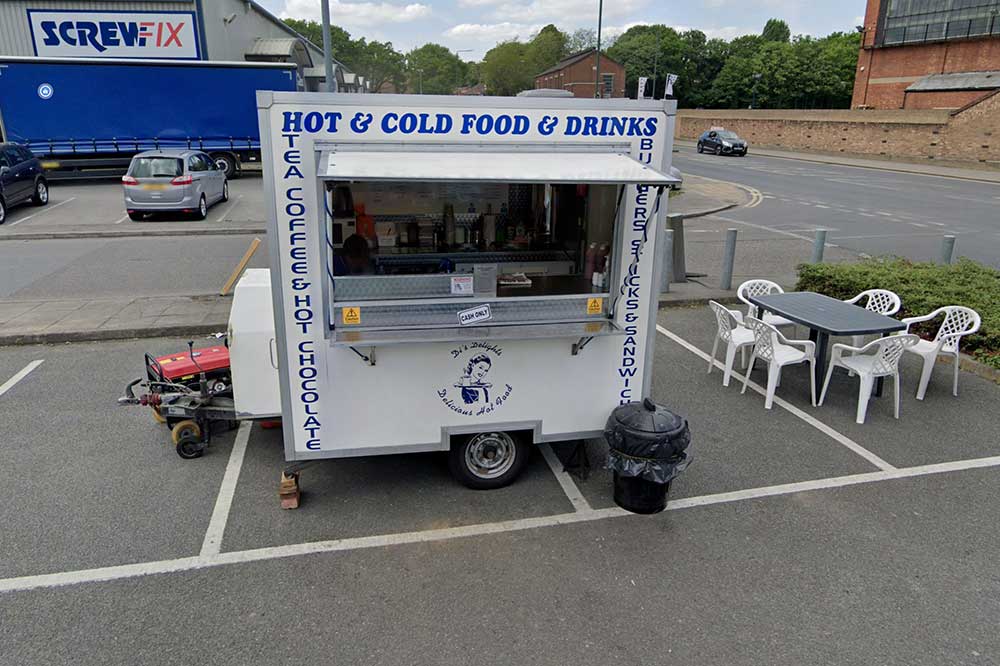 I considered driving to the Atlas Trade Park in Erith with a camera to see if a story from a friend was justified. Laziness took over and I relied on Street View instead and I am not convinced the image proves quite as much hypocrisy as he led me to believe. I think the two small wheels and the tow bar provide the escape clause.

I was reminded that Lidl wanted to build a store there but Bexley Council refused the application on the grounds that they don’t want food to be sold on the site.

Those who know the area well will recognise that this little kiosk is on the Wickes site.

And who owns the Wickes site? That’ll be Bexley Council poking its nose where it isn’t needed. How much did that expense contribute to ‘the bail out’?