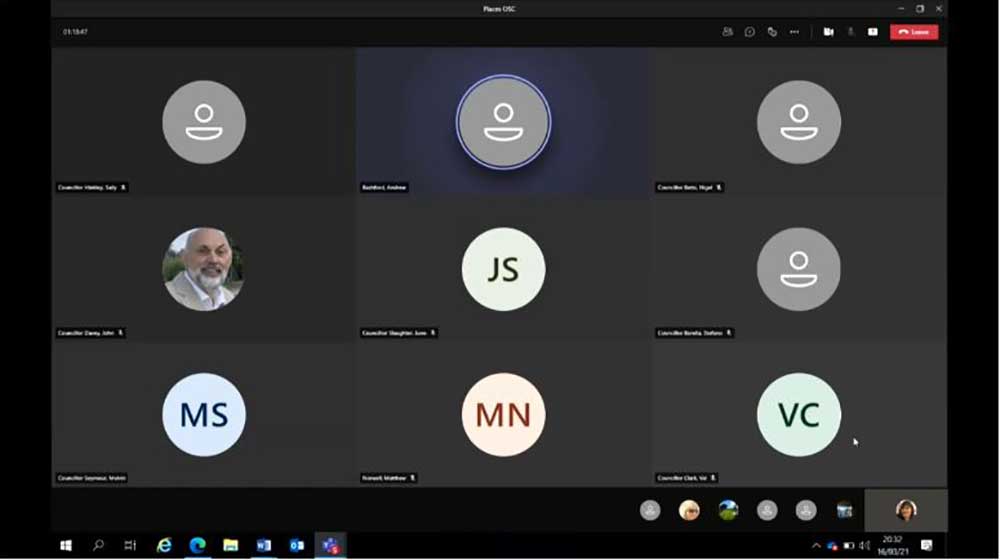 The Places Scrutiny meeting last night was a short one. It was supposed to be a Public meeting but after an hour it went into private session for the potentially interesting debate on commercial waste charges. Some years ago it was reported that Bexley’s commercial waste was being collected by Bromley Council because they were so much cheaper.

The meeting began with a tribute to the Lollypop man Gordon Jeffery who was killed last week in Bourne Road while cycling to his job at the school.

Councillor Stefano Borella (Labour, Slade Green & North End) thought that over the past year Places Scrutiny had not done a very good job citing the lack of debate on libraries and input from the Community Library groups and a failure to properly debate the 30% parking charge hike. The Chairman Councillor Seymour “was not unsympathetic to that view.”

For no very obvious reason Cabinet Member Craske chipped in to praise the distribution of the new bins and library changes.

Councillor Slaughter addressed the Committee about food waste which is proving to be a very expensive disposal service. Recycling levels have fallen year on year to only 37%, it is going into the wrong bin and incinerated. Incineration costs are £117 per tonne while composting costs nothing. “An important cost to get across to our residents.” The theory was that the old bins were not fox proof and unpopular. Missed bins are not helping the situation either, such people give up on food recycling.

Councillor Slaughter said there were reports that the bin men mix recycled food with general waste too. If people see that happening they too give up. She also said residents are wasting up to £70’s worth of food a month. (I’m not sure I even spend that much!)

Councillor Val Clark (Conservative, Falconwood & Welling) made a short report on road safety and it was not especially good news. Safety team staff have been leaving and there is no TfL budget to pay for them. The last of them is just about to leave. Understandably she was not happy with the way things were going although “more optimistic now than a couple of weeks ago”.

From Councillor Betts also Falconwood & Welling, “the posts are being deleted.”

Councillors Hinkley (Labour, Belvedere) and Borella were similarly concerned. Stefano hoped that PCN revenue could be made to help the situation.

Councillor John Davey (Conservative, West Heath) was on the receiving end of about four Fix My Streets reports every week and asked if the system could be more automated. He was critical of pot hole repairing because he had noted that the same hole is reported every six months or so.

He was told that different reports are handled in different ways; some, like failed street lights go directly to the contractor bypassing the Council.

And with that dealt with the Chairman decreed that the Scrutiny meeting was no longer a public one.

This report has been slightly handicapped by the Council website being incapable of delivering documents all day today or occasionally even the list of meetings.