My plan for yesterday was to listen again to Thursday’s Scrutiny meeting but I am afraid I became hooked on watching a YouTube live stream of the lock down protest in London. I should probably say straight away that the screenshot shown below is a massive zoom taken from the steps of the Victoria Memorial at the gates of Buckingham Palace. The Freedom Fighters were for the most part pretty well separated. 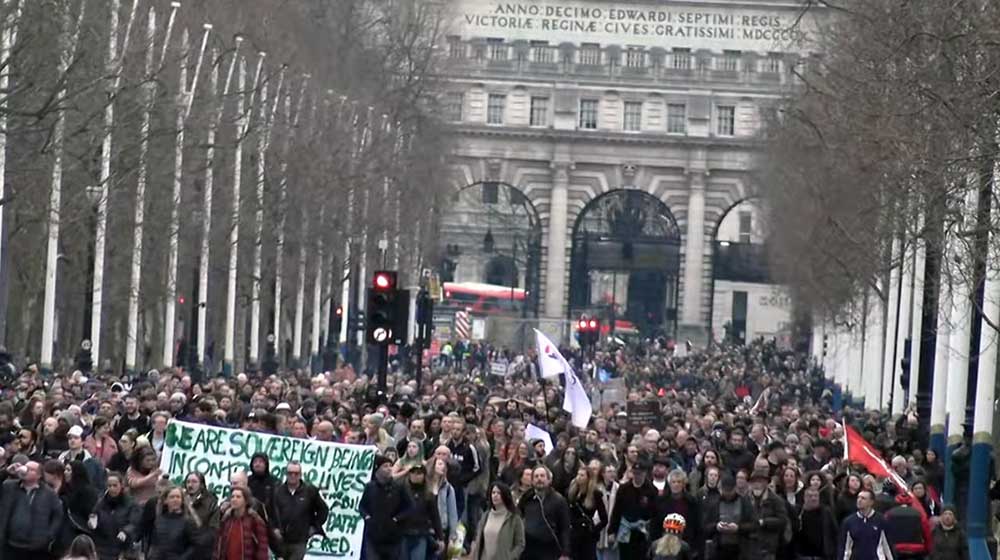 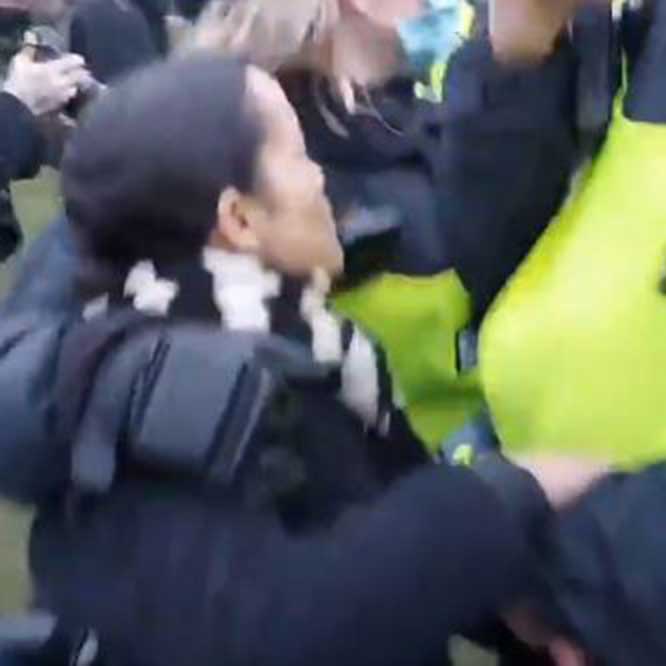 What I saw is what was selected by one man with a phone and a big battery but until the protest officially ended at 4 p.m. everything looked to be remarkably civilised. Drivers of vehicles trying to pass were giving the thumbs up, bus drivers too.

Late in the day, just as the crowds were beginning to thin, the police turned up in dozens of vans. Goodness knows why, there had been little evidence of their presence earlier but presumably some idiot draped in gold braid decided that people should be helped on their way home with a show of force.

There was no apparent need for it, the crowd was just hanging around, but the police donned helmets, shields, batons and face shields.

Voices in the crowd warned that the police were planning to charge and by 6 p.m. there was a tense stand off in Hyde Park with tempers beginning to fray. Some in the crowd were shouting at the police and a few rude words were in evidence.

I heard one police officer speaking politely to a protestor but rather more were being their usual thuggish selves snatching people from the crowd for no obvious reason. Their victims were all female but maybe that was the cameraman’s preference.

There were far more protestors than police and around 7 p.m. the police decided to retreat into their vans and soon afterwards drove off. A handful was left behind and had to run after the vans chased by the crowd exercising their limited vocabulary. The crowd could easily have caught them but fortunately were not intent on doing so. I saw one protestor pick up a stone from a flower bed which, language apart, was the only obvious crowd misbehaviour I saw.

It is reported this morning that 36 people were arrested and bottles were being thrown, presumably the YouTube cameraman would want to distance himself from that sort of thing, but if a policeman dressed in riot and face shields and a helmet far superior to that worn by my grandfather on the Somme runs away one wonders how they would cope with a real riot.

In further reports it is being said that only “hundreds” (BBC) were on the streets but the police were “forced” (Talk Radio) into their retreat. How can both be true? Neither were.

Note: The smaller image above was grabbed from video and seconds later the police were kicking the woman as she lay on the ground. A still image cannot accurately portray kicking. The police can be mindless thugs.