I spent three weeks in Bristol in 1963 because it and the surrounding villages had examples of every weird telephone exchange system known to man. It was a great city and me and some fellow GPO trainees got drunk most nights on the local tipple. Sherry. Strange times!

I have been back several times and my daughter-in-law is a Bristolian hence my continued interest in what goes on there and so for reasons half forgotten I found myself watching a YouTube live stream from about 7 p.m. last night of large crowds gathering outside a Bristol police station. I phoned my sister before 8 a.m. to tell her about it when the situation deteriorated to the point that police vehicles were being set on fire. She said there was nothing on TV about it.

Before that the rioting, because that is what it became, was confined to graffiti and chanting “Kill the Bill”. Quite a large number of rioters had climbed on to a police station roof daubing the walls with paint while police officers stood looking from their window but not obviously doing anything about it. The windows were then smashed. Still no police resistance. 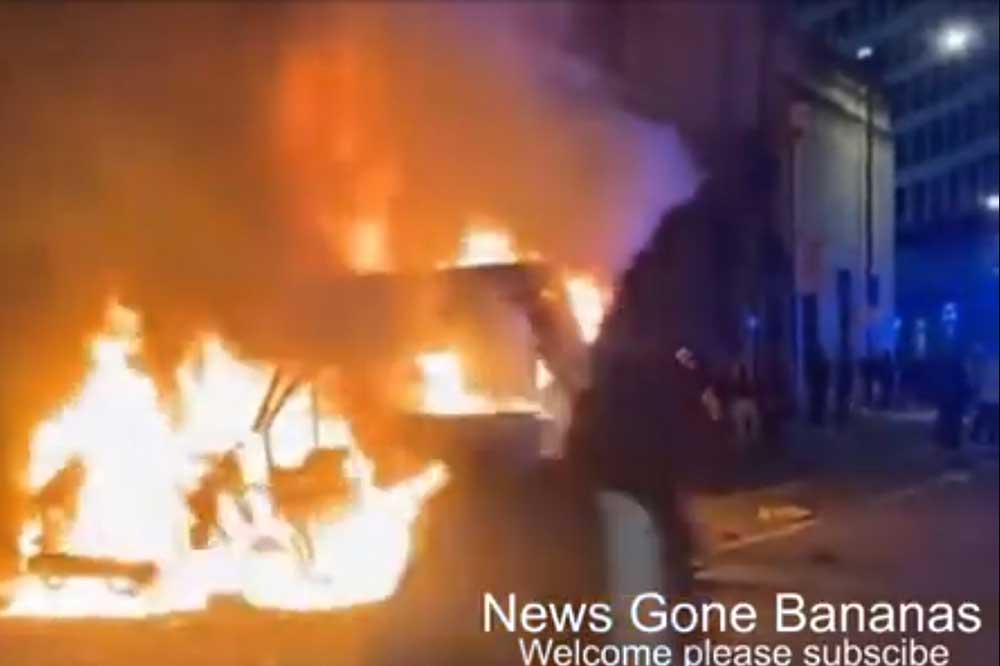 Soon afterwards someone set fire to a police vehicles’ front nearside tyre. There were several police officers grouped around the front offside headlight. They did nothing about the arson until the tyre was well alight when one of them found a fire extinguisher. No attempt to arrest the arsonist who moved on to the next police van and tried again.

The next tyre burned reluctantly despite what looked like a plastic tray being added to the conflagration, or maybe it was to be used to fan the flames. The arsonist or someone like him moved on to a third police van which had been heavily daubed with slogans and there were several attempts to topple it over with no police activity whatsoever. There were none in sight.

Eventually someone managed to get the dashboard area to burn and after five minutes or so the fire suddenly spread and the van was no more. Still no police in evidence.

The YouTube cameraman thought it wise to withdraw to the top of a multi-storey car park from which the view may not have been the most useful. (See below.)

A line of policemen in shields blocked the road and were frequently taunted by hooligans and the police retreated 20 feet or so but I never saw them challenge anyone. The situation I saw, I have no television so you may have seen something different, was that not once did I see any police officer take the sort of aggressive action that was seen the day before in Hyde Park.

It is the same police force that stood by while another angry Bristolian mob threw a statue into the dock. Maybe the hooligans took their cue from that, and of course the knee bending.

The news media this morning is reporting five arrests. I would guess that 55 should have been a minimum. There is no evidence on the YouTube video of the police’s claim broadcast this morning that police officers were inside the vans targeted by arsonists. They quite clearly were not in the three vans I saw attacked. Presumably there were others (†).

The video I watched may be found by searching YouTube for ‘News Gone Bananas Bristol live stream’. There are several to be found. 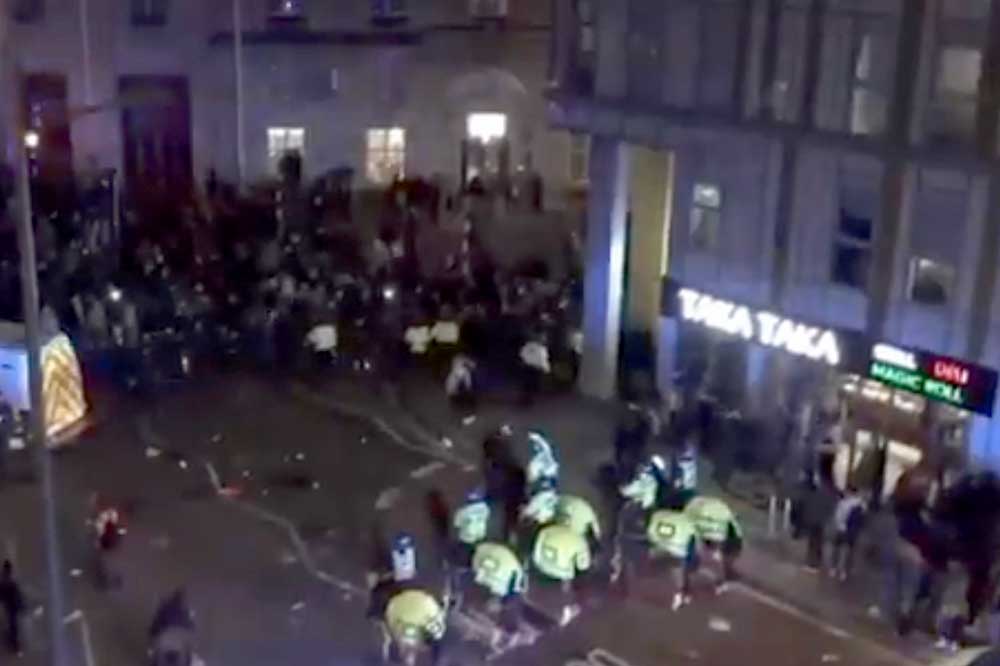 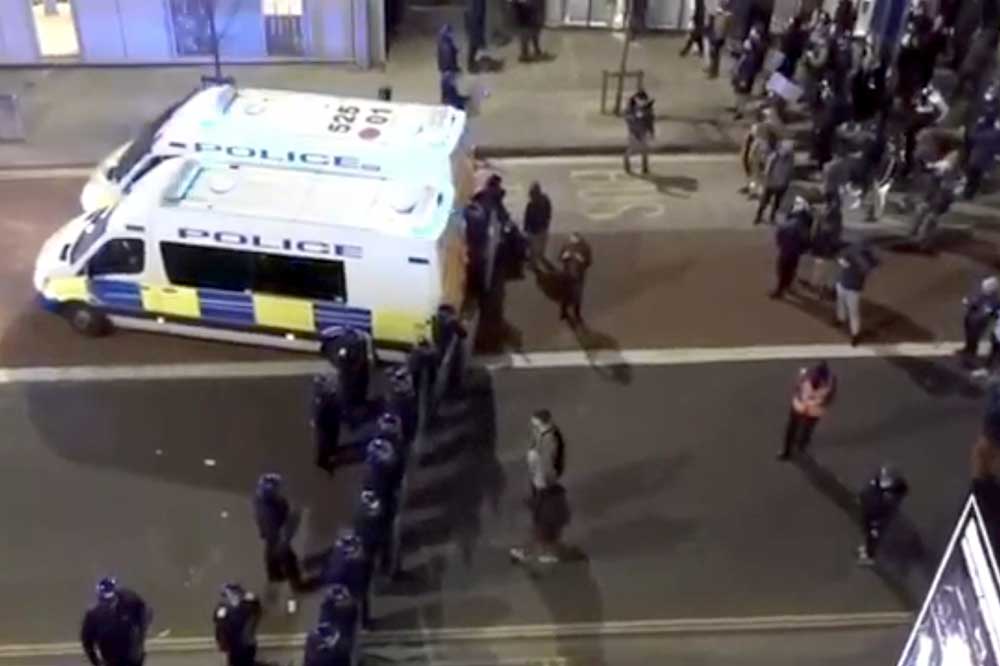 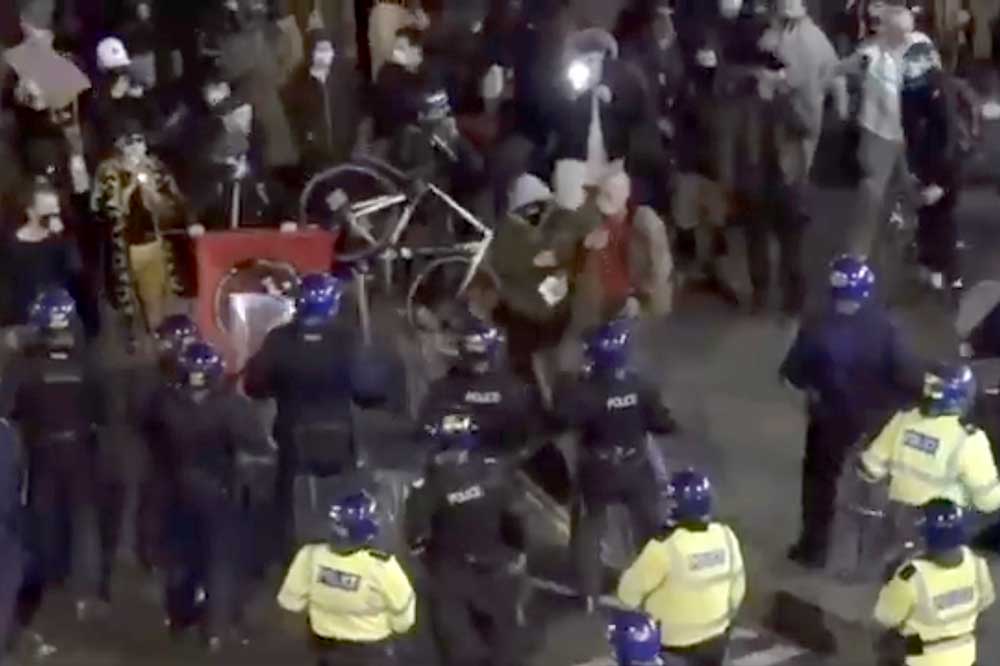 † Councillor Hackett found me this short video. The arsonist really needs to be removed from the gene pool. Whatever cause he had, he’s destroyed it.