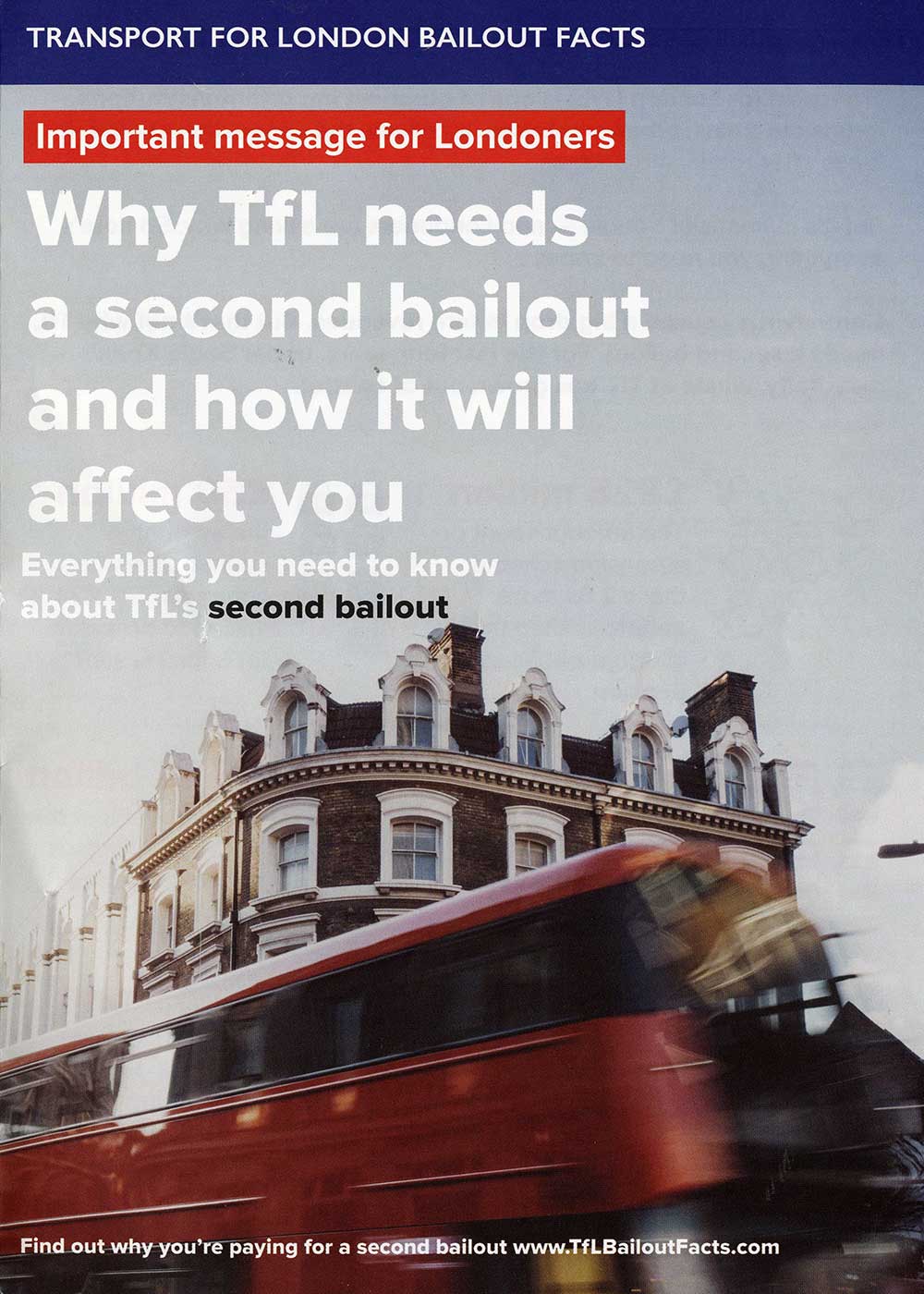 In recent days there has been a gaggle of suspicious looking people circulating around roads local to me. I have not seen it close up but they were at the far end of my road yesterday at 1 p.m. My suspicion was that it was Councillor John Davey and/or his mates.

I doubt it was coincidence that a Mayoral election leaflet popped through my letter box. It was not extolling the virtues of the Conservative candidate Shaun Bailey as did last year’s leaflet, this time it aimed to tell us what a useless individual Sadiq Khan is. It therefore changed my mind about Shaun and Sadiq not one bit.

People who are not aware of the TfL statistics already and the arguments that surround them are hardly likely to want to read about them now.

Where my vote will go come 6th May I have no idea. I have been a Conservative supporter since 1959 when I was chucked out of the Labour hustings for heckling. I wavered in 1992 when Michael Heseltine scrapped the Poll Tax (†) and I resigned my party membership never to return. From 1997 I have voted Conservative only because the other lot looked to be worse. They still do but I will not vote Conservative again until it rids itself of the tyrants who are ruining so many lives right now. I have been reading of the number of 20 year olds committing suicide because they see no point in carrying on.

For many at present there appears not to be and Johnson is to blame for it with his constant goal post moving to suit his latest power trip. If I take a trip to the end of the Piccdilly line he now proposes a £5,000 fine.

Conservatism used to be about freedom of choice, freedom to better oneself, freedom to enjoy a family life and do more or less anything that did not impinge adversely on fellow citizens. All of that has gone backed by frequently false statistics.

No I will not vote Conservative again while that banning barsteward is anywhere near the levers of power.

The mayoral leaflet has been added to my collection of political leaflets. I particularly liked this passage taken from the latest one. Swap the initials TfL for Bexley Council and it pretty much covers the local bailout.

† I was working in Glasgow on and off in the late 1980s and acquired a few friends there, visited them in their houses etc. They were incensed about the level of their Council Rates. From memory about £1,500 a year for a modest detached house and the newspapers were full of complaints about it too. They were pleading with Maggie Thatcher to do something about the Rates and she did by bringing forward the Poll Tax introduction in Scotland by a year.

I have only once heard that truth told subsequently and it was a long time ago. There was a BBC Radio 4 documentary tracing the history of the Poll Tax and it made it absolutely clear that the Scots wanted it sooner rather than later.

Since then the Media have only lied about it, something we are having to get used to. With a few more exceptions the Poll Tax could have been made to work but a weak Conservative government chose to give in to rioters instead.

Council Tax in Bexley is now seven times as high as it was per person under the Poll Tax.