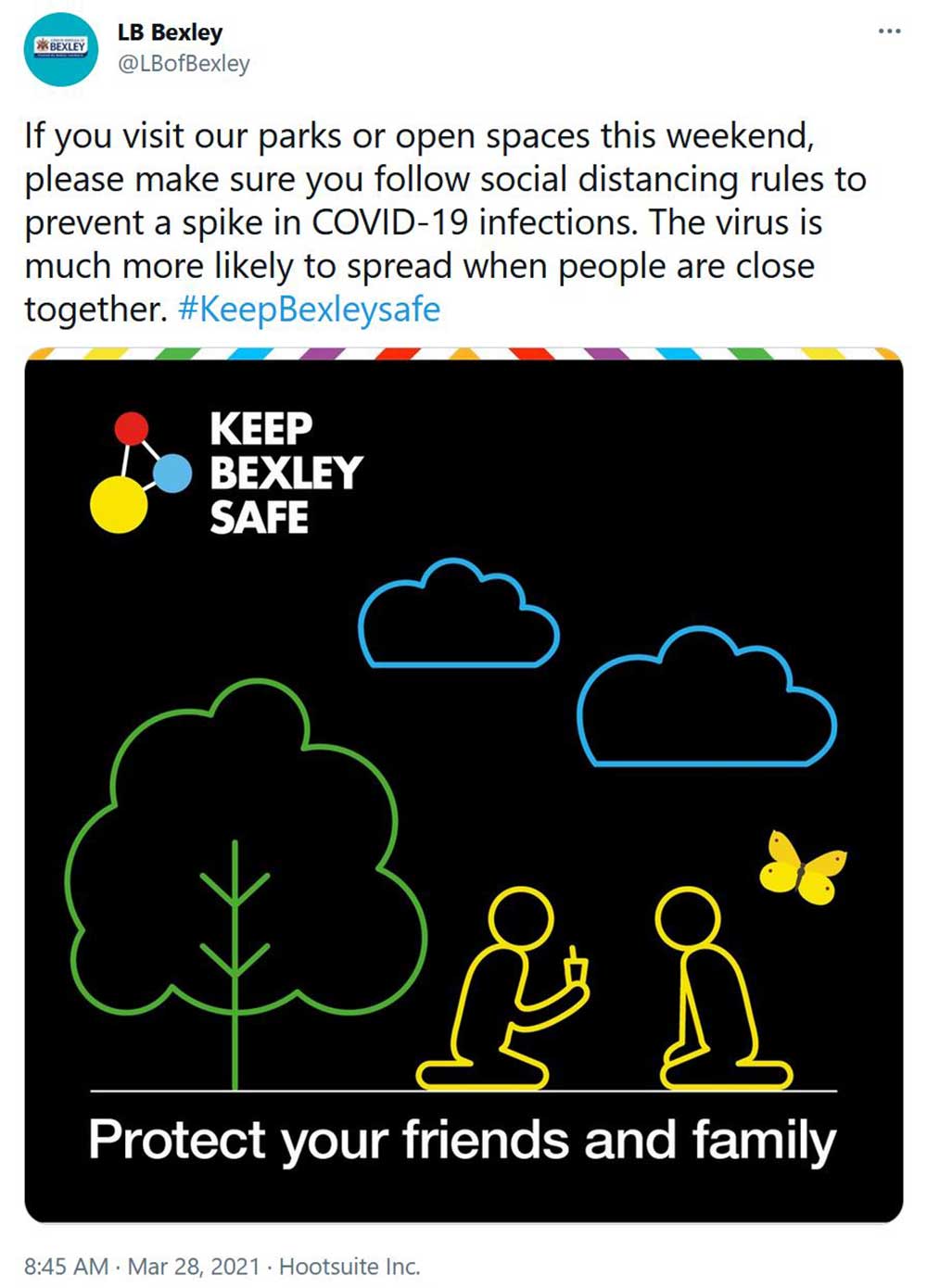 You will have to excuse me for a moment while I check what the Covid regulations are today, I suspect I am not alone in not being sure. Last weekend a neighbour got into a minor difficulty on a gardening job and when my phone rang I went straight round there to lend him a bit of muscle.

In the police state that Boris Johnson has created we are both due £200 fines.

I have taken to climbing the hills of Lesnes Abbey Park each day to try to shed some of the lockdown weight gain. Exercise is legal, I think you can even exercise with a companion. Just think about it, a Conservative government that dictates how many friends you can see and what you can do together.

Last Wednesday I was caught out in the woods in heavy rain. It didn’t last all that long but I found myself sheltering beneath a tree with a woman wearing binoculars as a necklace so 20 minutes was spent with her in a competition to discover who has had the widest variety of birds in our gardens. We weren’t exercising anything other than our jaws.

I won the competition, two Great Spotted Woodpeckers together on the nut feeder just a few minutes ago. That’s another £400 of fines isn’t it?

The weather yesterday was not too bad and I was out in the park for very nearly two hours but there was not that much walking. I bumped into people I knew and at a decent distance we chatted about this and that but it was fairly clear from looking around that up to three households were gathering together which must be worth a thousand quid’s worth of fines or more.

My guess is that a lot of people have been anticipating tomorrow’s new rules for some time. My sister told me that last Monday she entertained an 80 year old lady in her back garden. I told her that was illegal. She didn’t know but by way of an excuse said the lady entered the garden via the side gate. When it was obvious that I didn’t mind having a criminal sister she admitted that the old lady found the patio table a bit cold so went inside uninvited.

I’ve not seen my granddaughter since last September. Christmas and birthday presents delivered directly by Amazon and Easter Eggs the same way. The Downing Street Dimwit says I can visit her from tomorrow on certain conditions.

They are that I stop for a meal at Membury Services and enjoy the company of a hundred or so lorry drivers, use the toilet alongside a few more and tinker with the electric charging point previously handled by goodness knows who. What I cannot do is travel for another 20 minutes and take tea with my son or go for a wee except behind his garden shed. Presumably I would be allowed to plug in to his home charger.

Johnson is a tyrannical illogical lunatic who should be deposed as soon as possible. 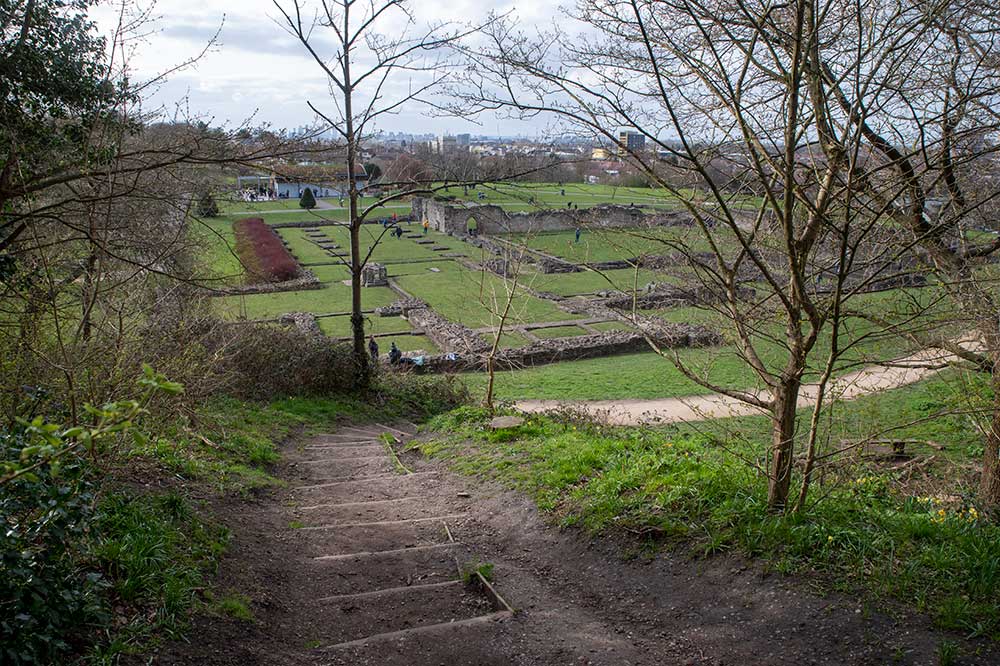 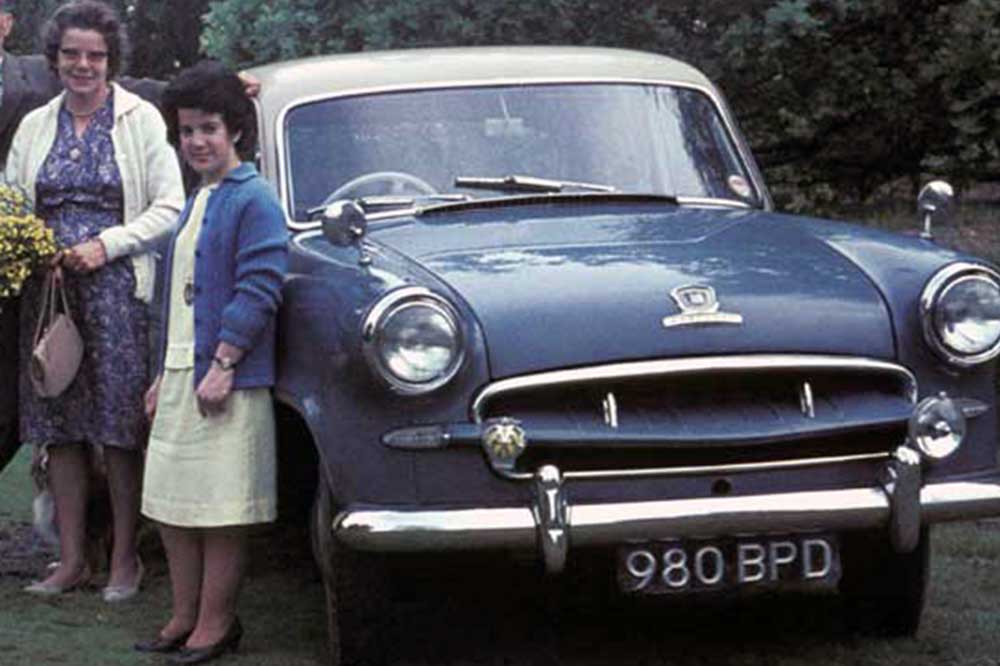 It is a long time since I have had a little moan about what Bexley Council has done in Lesnes Abbey Park. It is a wonderful resource on my doorstep and is constantly getting better but one thing annoys the hell out of me.

If I stood up and looked out of the window right now I would see Abbey Road in the foreground, the Mulberry Tree in the middle distance and the woods rising towards the skyline. After 34 years the image is imprinted in my mind.

Every map in the woods is displayed the other way around. Looking at those that edge the abbey gardens on the paths that lead into the woods, Abbey Road is behind you but the map shows it to be in front of you. To find your way you have to mentally switch left to right and it doesn’t help that there is no ‘You Are Here’ markings on the maps despite there being one on the legends.

When I used to drive the 1957 vintage Vanguard from Loch Lomond to Hampshire in the early 1970s before the motorways were completed and Sat Navs were not even a distant dream my navigator used to sit with the map on her lap upside down which she said made more sense. I used to think she was mad; now I am not so sure.

On the other hand as I waited to take one of these photos, the couple in front of me couldn’t make head nor tail of the maps either. 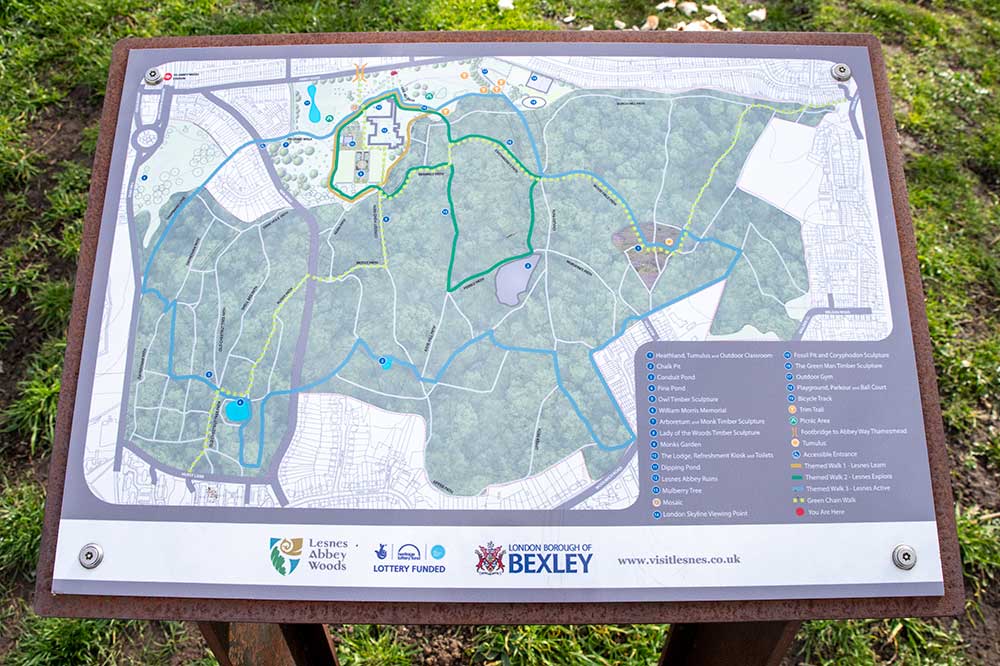 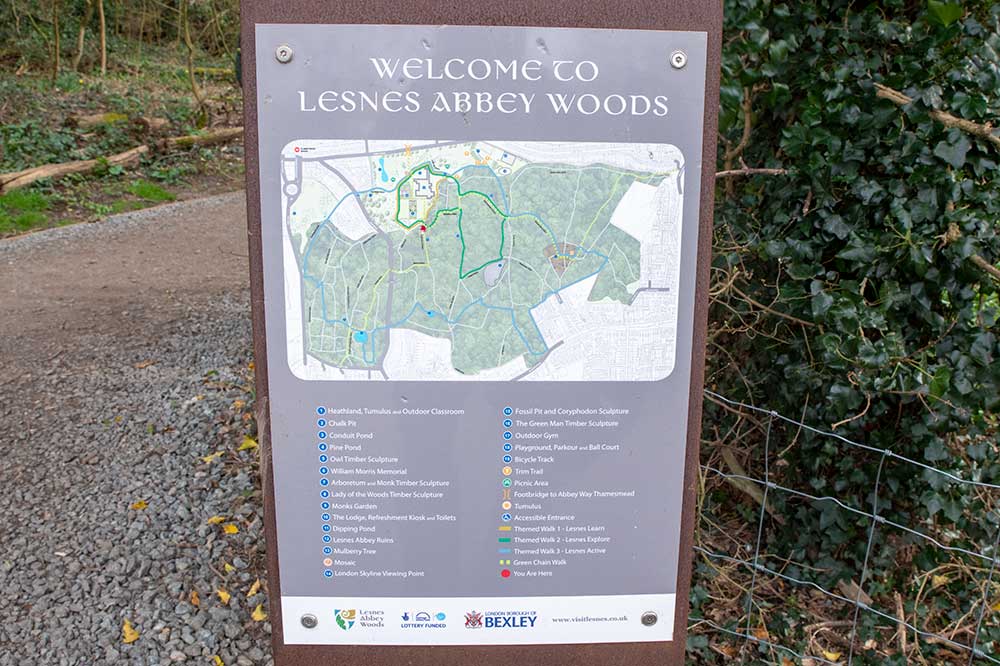 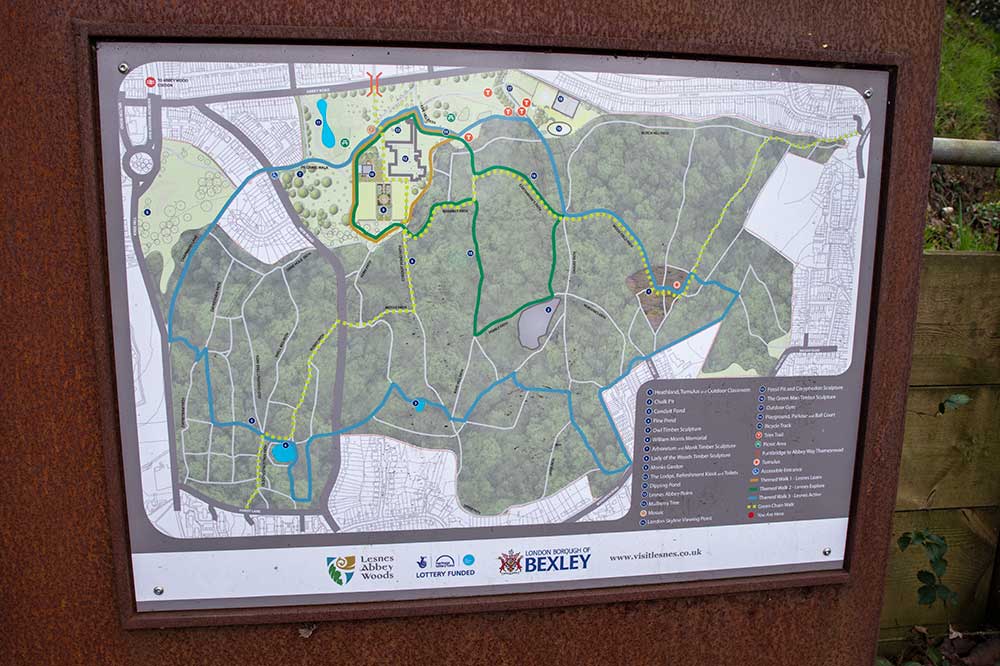 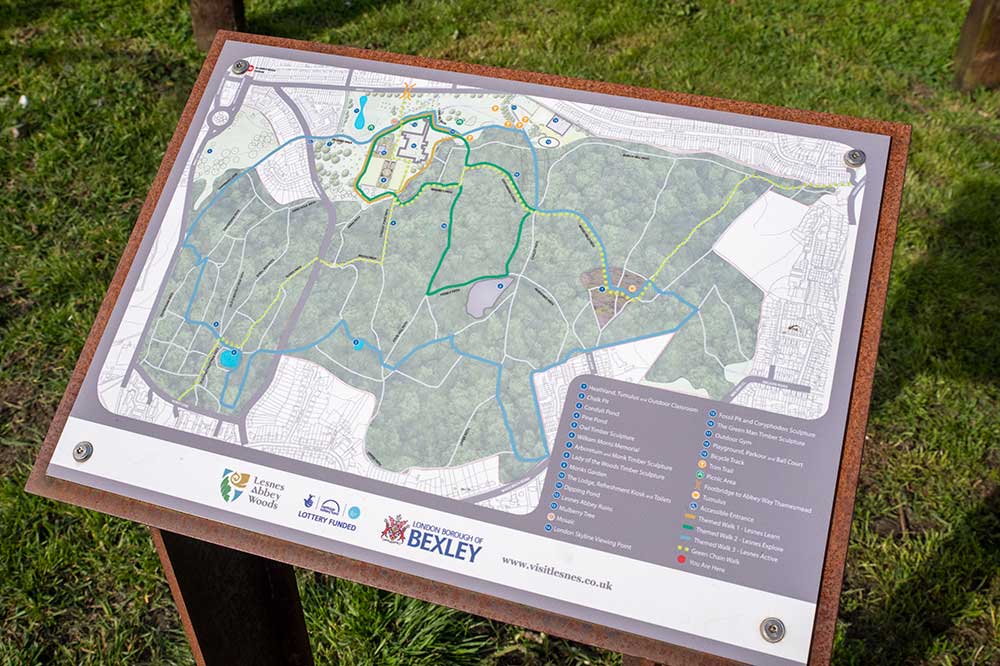 No ‘You are here’ markings.