The local Tories are either not serious about beating Khan tomorrow or they are just plain stupid. The two Tweets below make me think it is the latter.

The polling stations are due to open in fewer than 12 hours time and I have yet to see a single Mayoral or GLA election leaflet. I know the Tories came down my road very nearly a month ago and my suspicion is that they simply went straight past my door - but then so too must the Labour lot presumably.

Now Councillor Read Tweets that every household in my area has been given a Bailey and Fortune leaflet. It simply isn’t true.

I might have dithered enough over my chosen candidate to vote for Peter Fortune if he or Read had bothered to wander up my garden path but it’s too late now.

Just as I was thinking about two alternative candidates this morning and wondering who should be the number one choice and who might be number two the phone rang and a politically aware friend asked if I had come to a voting decision yet.

I said “No” and the response was that he/she didn’t blame me because “all our politicians are shit”. Then I was dared to post the comment here. It’s a bit extreme but maybe he has a point.

Am I alone in thinking that Philip Read in a hat looks rather too much like George Galloway? 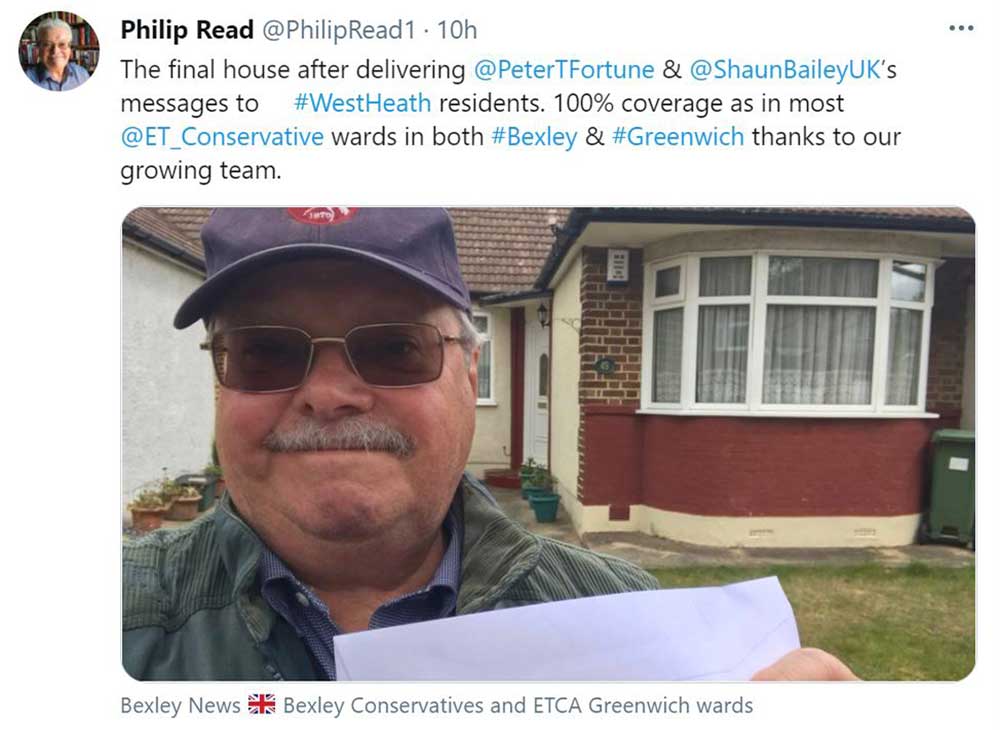 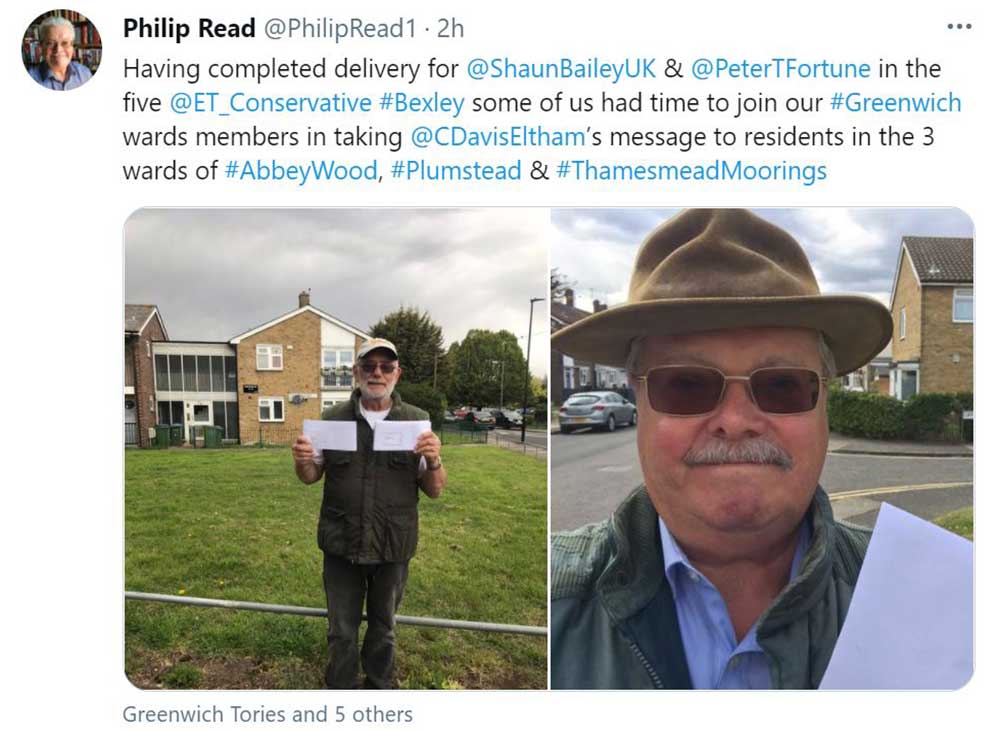 Councillor Read is still in breach of Bexley’s Code of Conduct by blocking me on Twitter for no reason. As you can see his decision is futile.