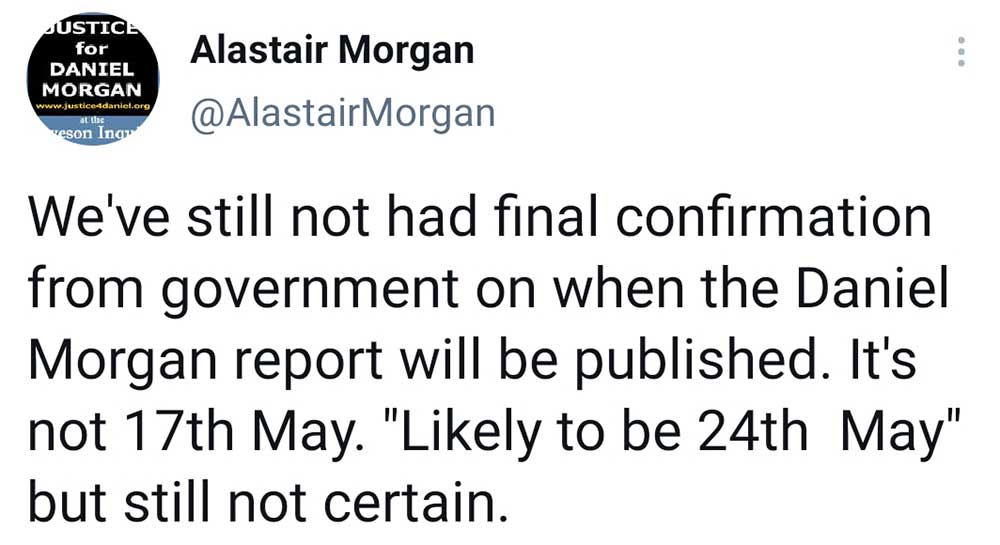 If it were not for Home Office incompetence, this morning would have found me heading towards Church House Westminster to hear what the Daniel Morgan Independent Panel had to say after eight years of deliberations and police induced delay. But I am not.

At first the DMIP banned family members from attending and then they cancelled the Press Conference altogether. The speculation that it will happen next week has not been confirmed to the closest family members as of right now.

Following what was described as “a particularly fractious zoom meeting” the head of the DMIP has relented on family members. It was previously thought entirely reasonable that Daniel Morgan’s own son should be banned from proceedings.

Alastair Morgan told me he blames a Home Office cock-up for the delay. Remind me. Who runs the Home Office?