You have heard me bang on for years about corruption. Corruption in the police, corruption in Government. Yesterday evening confirmation came through in Spades that beneath the superficial veneer things are truly sick.

Elwyn Bryant and I spent seven years pursuing the Metropolitan Police after they initially refused to investigate and eventually backed down contrary to Crown Prosecution Service advice when a Bexley Cabinet Member posted obscenities about both of us on the web. In my MP’s Port Cullis House office the officer investigating our complaint told us that six, seven or even eight Bexley officers were likely to face internal disciplinary action which could result in dismissal for what one of them had already admitted. Allowing “crippling political interference” in a criminal investigation.

When the final report was issued it was page upon page of wrongdoing followed by a paragraph to say no one had done anything wrong. A diligent officer had written his report and sent it ‘upstairs’ where its entire direction was changed. No one bothered to edit the bulk of the report but the final paragraph sent it into reverse.

Something similar seems to have happened to the Daniel Morgan Independent Panel. 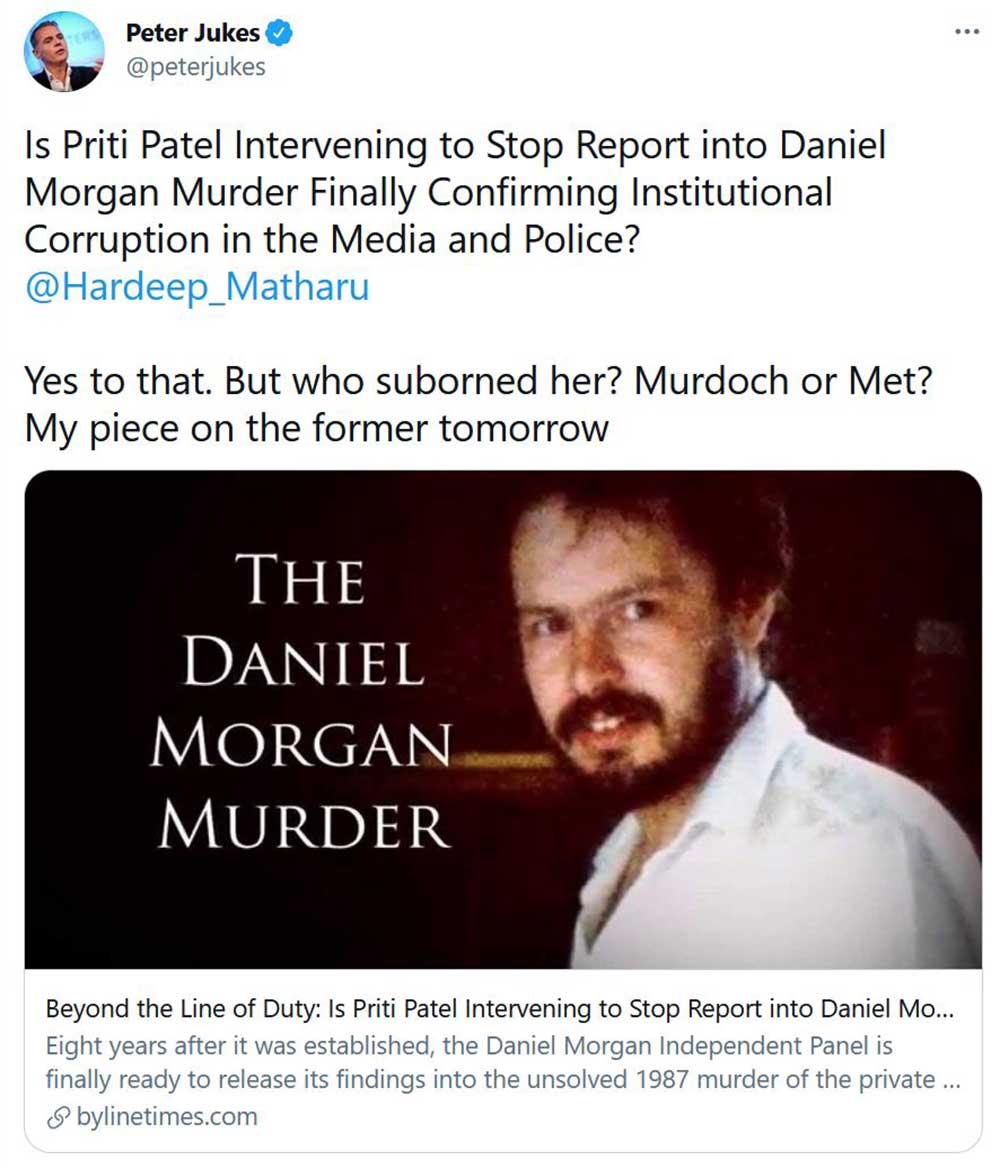 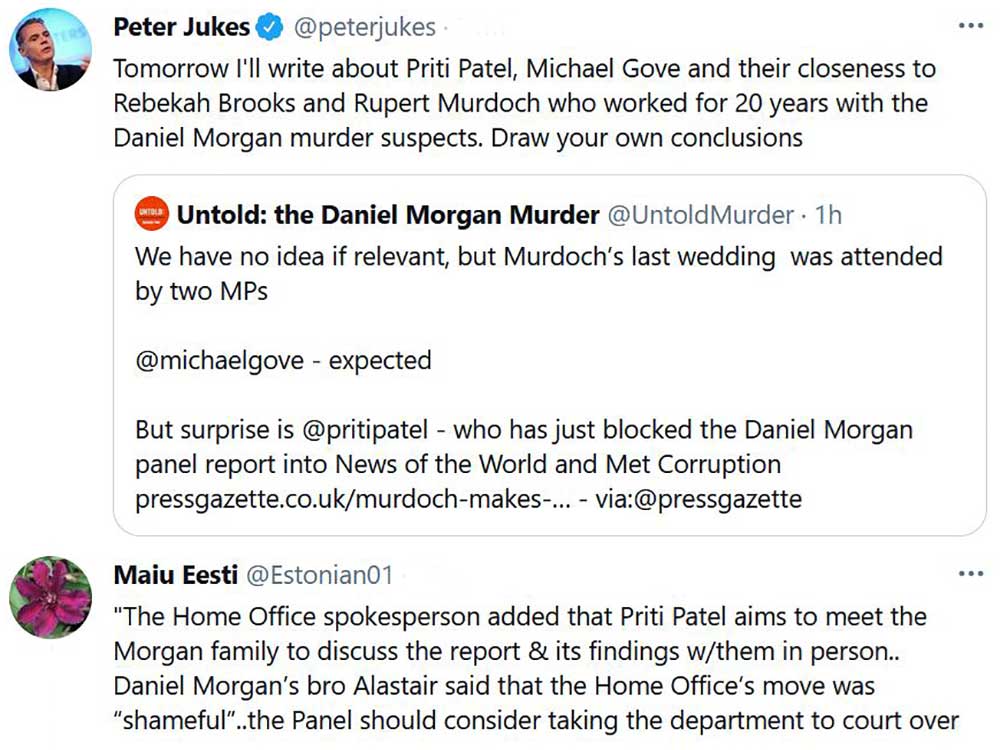 Years ago when discussing the case with Daniel’s brother Alastair I would say, “Alastair, if what you are telling me ever gets into the public domain it will bring the whole of the Metropolitan Police down” and sometimes offered the opinion that because of that, the truth would never come out.

The Daniel Morgan Independent Panel (DMIP) has taken eight years and spent £15 million looking into the murky depths of Scotland Yard where several Commissioners, aided and abetted by a Chief Constable from another force are thought to have contrived to cover up the police’s involvement in the 1987 murder of Daniel; a private investigator about to expose the police corruption rife in South London.

It is a hugely complicated story involving not only the police but also the Murdoch press (Morgan family’s letter to Rupert Murdoch) which employed several of the suspected men and with the police worked towards perverting justice. His organisation encouraged their criminality which included phone tapping. Why do you think The News of the World was closed down?

One of the implicated managers went on to work for David Cameron in Number Ten. Corruption cannot be discounted anywhere. 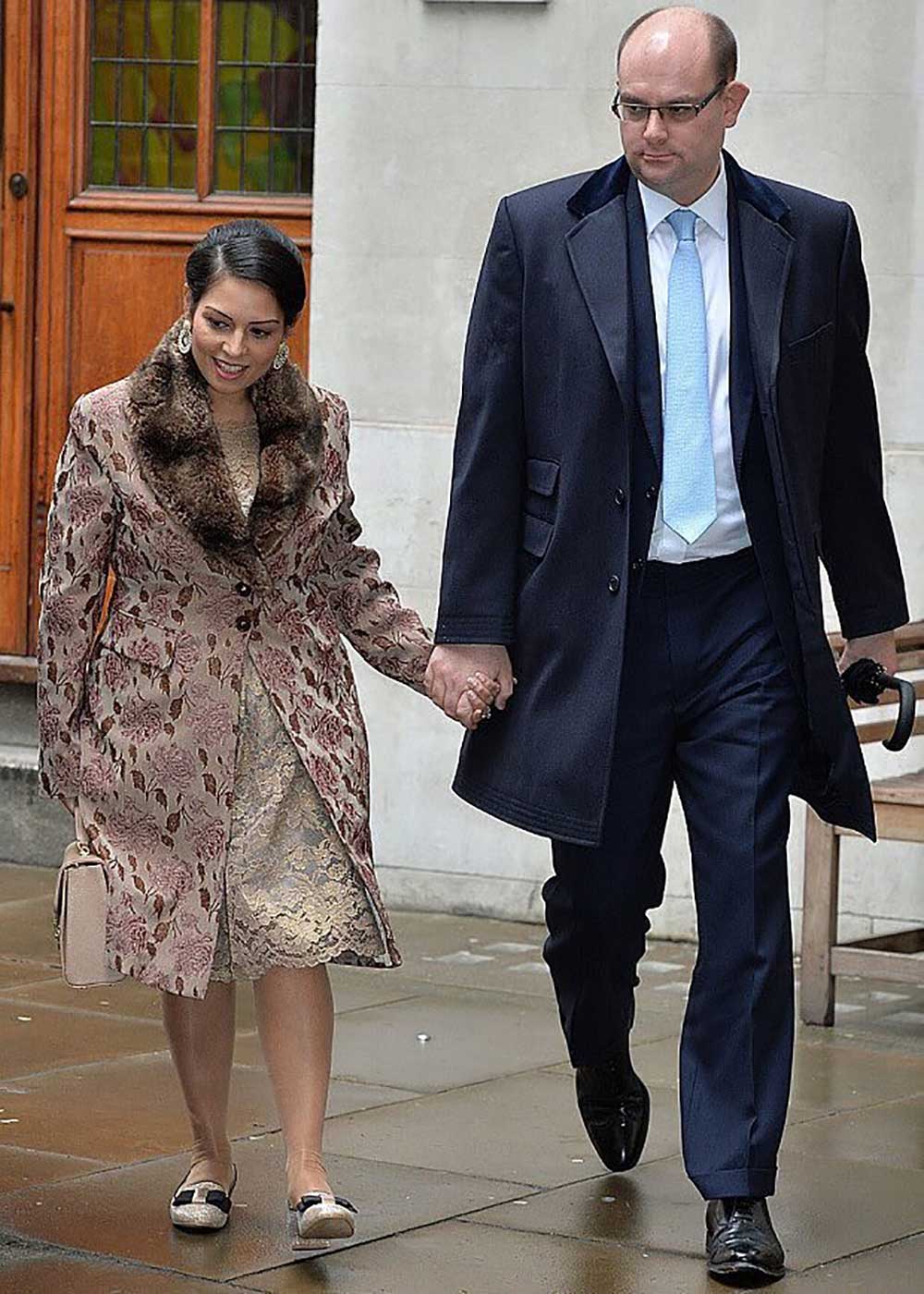 Is it surprising that Home Secretary Priti Patel has canned the DMIP’s 1200 to 1500 page report while she considers what might be redacted? The DMIP is not happy (their statement here) about yet another Government moving of the agreed goalposts as they should be if their painstaking INDEPENDENT report is being edited by a Home Secretary who claims that right and refers to National Security for which it has already been checked by the Met itself.

If the Metropolitan Police is brought down there would be security implications. Isn’t terrorism part of their remit but does that mean we have to tolerate the corruption which has gone to the very top?

Perhaps the Murdoch press has been bringing pressure to bear. It is likely to have been severely criticised and too many top politicians are on good terms with Rupert. Celebrity magazines reported that Patel went to his wedding to Mrs. Mick Jagger in 2016.

The subject will not rest there, too many people follow the case. The Untold Podcast has been downloaded more than ten million times. Redaction will undoubtedly wreck whatever reputation that Patel may have had.