Sometimes my phone can go days without a call; email and text messages appear to have taken over, but yesterday it kept me busy. (Including four names that Bexley watchers will know well.) So busy that I didn’t notice that I had screwed up the BiB menu. Apologies, I hadn’t touched it; honest! but I suspect I accidentally dropped some code that should have gone on to the justice4daniel website into BiB.

Alastair Morgan, brother of murdered Daniel, had feared that publication of the Daniel Morgan Independent Panel’s report would receive little publicity what with it being originally planned for Lockdown Lift day and the newspaper industry likely to come in for critical comment and ignore it.

However the “legally illiterate” Priti Patel provided an unexpected bonus when she opened her mouth and put her foot in it. The national press has been remarkably quiet, Guardian excepted, but the broadcasters did Alastair proud and he gained 1,200 new Twitter followers. (But still not as many as my daughter. 43,000. How does she do that?)

There was panic when Alastair exceeded his email quota. Something I had to fix. Alastair and computers are not always a good combination.

Today I will do something that I have not done since late August. Meet up with Mick Barnbrook late of this parish so I am not expecting to be here again until tomorrow.

Have a good day. I think I will.

Oh! This has just arrived courtesy of a friendly MP. Hansard yesterday. 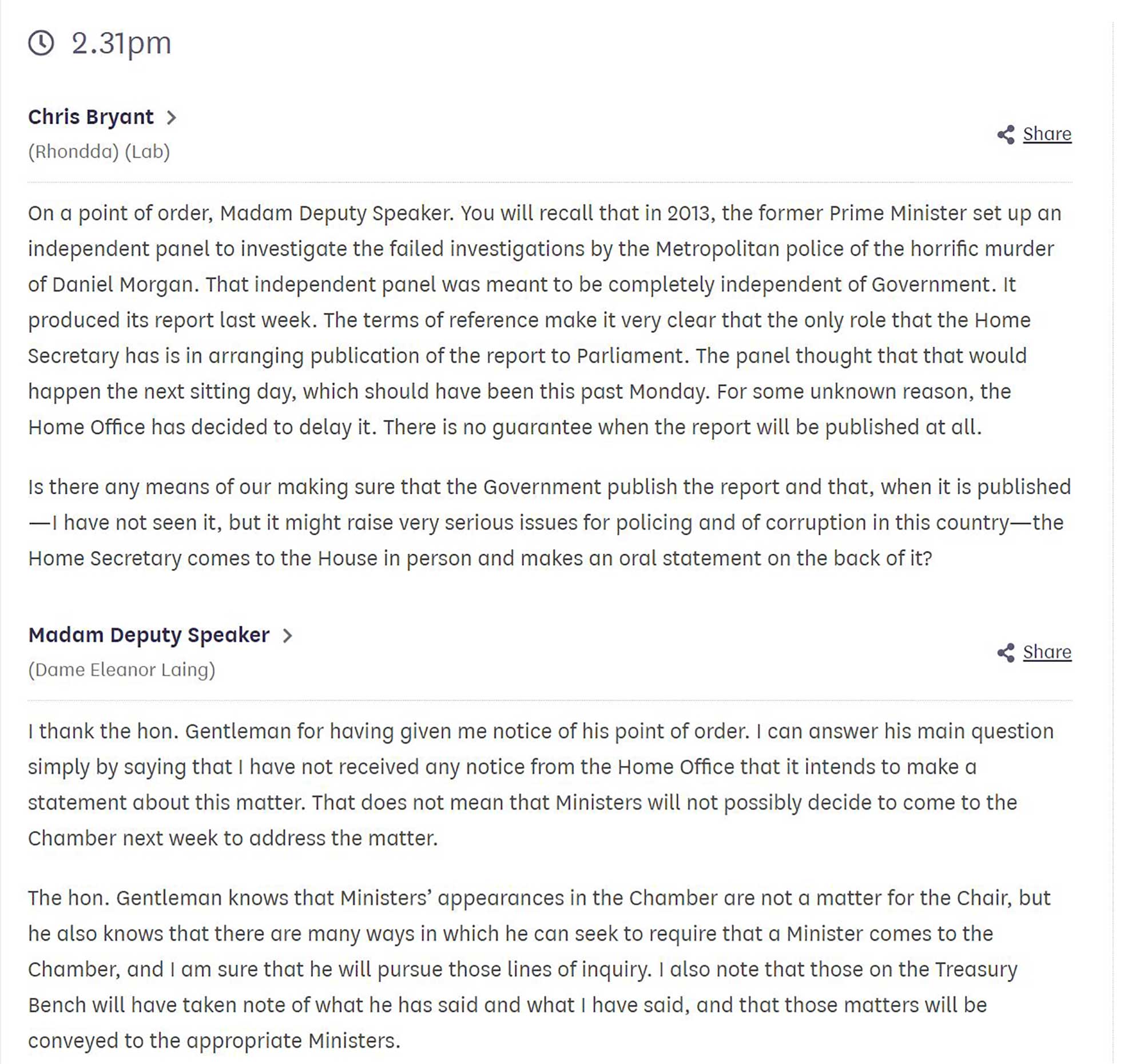