Racking my brain for something to say today beyond the news that the Daniel Morgan Investigation Panel’s report will be made public on 15th June and how our fake Green Government has just quadrupled the electricity VAT rate applied to electric vehicle chargers when I belatedly noticed Councillor Hackett’s two day old Tweet. 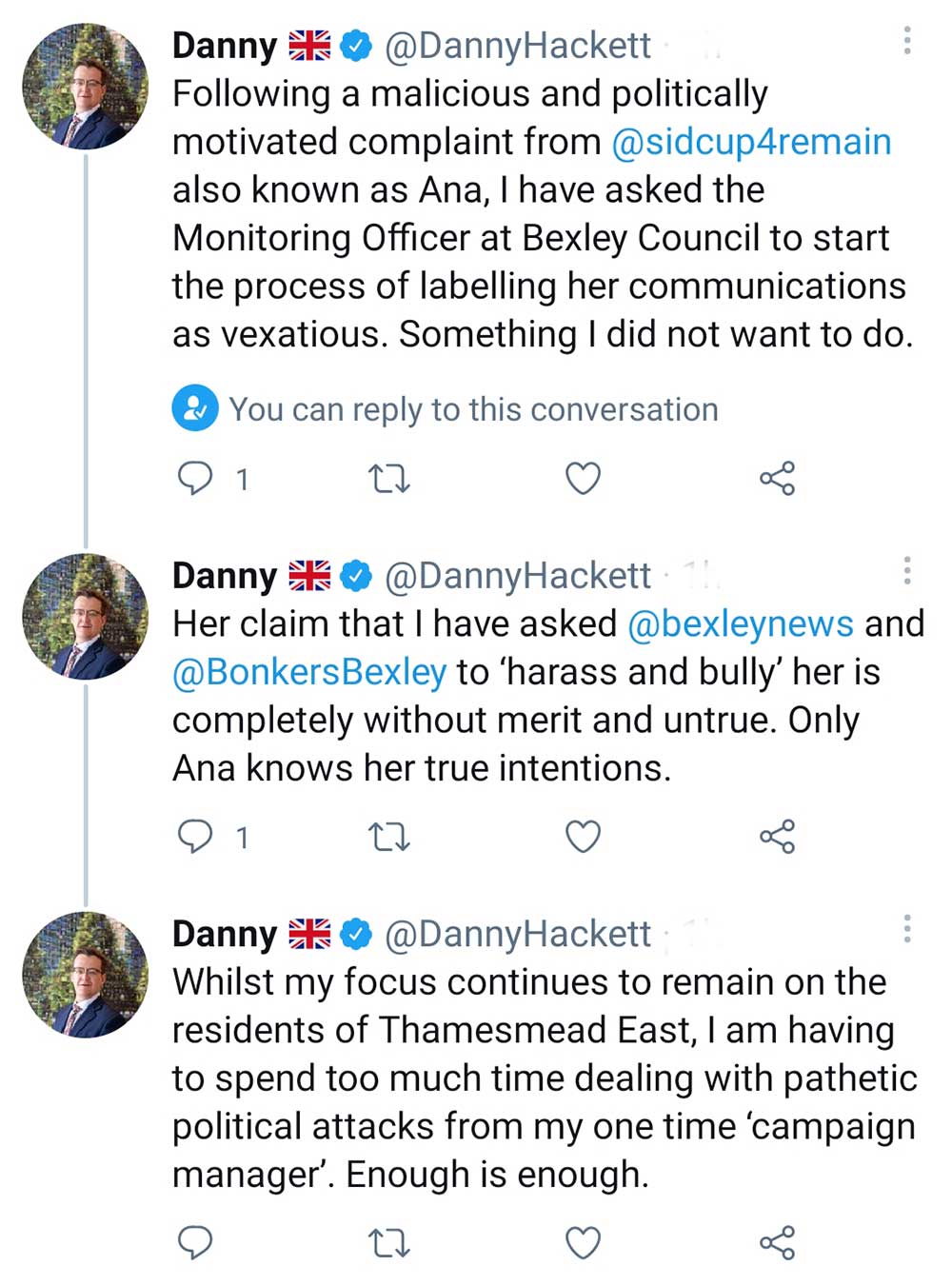 Danny Hackett (Independent, Thamesmead East) has had a torrid time since he resigned from the Labour Party in February 2019.

He used to be my ward Councillor and pre-Covid I would meet up with him every few months and what he told me and showed me after his resignation came from sources I would not otherwise have believed capable of such words.

Things have not calmed down as much as one might expect but Councillors are always reluctant to say much about complaints made against them maybe because they fear prejudicing the outcome.

Reading what I can into Danny’s comments I have concluded that there have been three complaints from his former Labour friends with follow up appeals when the complaints were thrown out.

There was also that scurrilous story which ended up in the News Shopper and from the evidence I saw at the time it looked dubious to say the least. Danny now knows it was a put up job to discredit him. He says he has a letter from someone who admits and regrets a stupid prank gone wrong. I have not seen the letter.

Danny Hackett may not be the only Councillor to be subjected to frivolous complaints. Like Danny they don’t say much but there are two more I know of who have been on the receiving end of what they believe to be politically motivated complaints.

Where from? One I know the other I don’t.

Councils are a bit too keen to go down the vexatious road, I have been threatened with it twice and Mick Barnbrook got an FOI ban when he was a bit too close to uncovering some truths, but on this occasion, if the Monitoring Officer continues to find Danny a blameless victim, it would seem to be entirely appropriate.

Maybe Danny should compare notes with the other Councillors, he must know who they are, to see if there is a common factor.

What he can do about the News Shopper is not so clear. They will have chosen their words carefully and publishers have no obligation to remove things from their websites which are neither libellous, racist or defamatory. Maybe Danny will be able to make use of the letter he claims to have.

What a rag that paper has become.