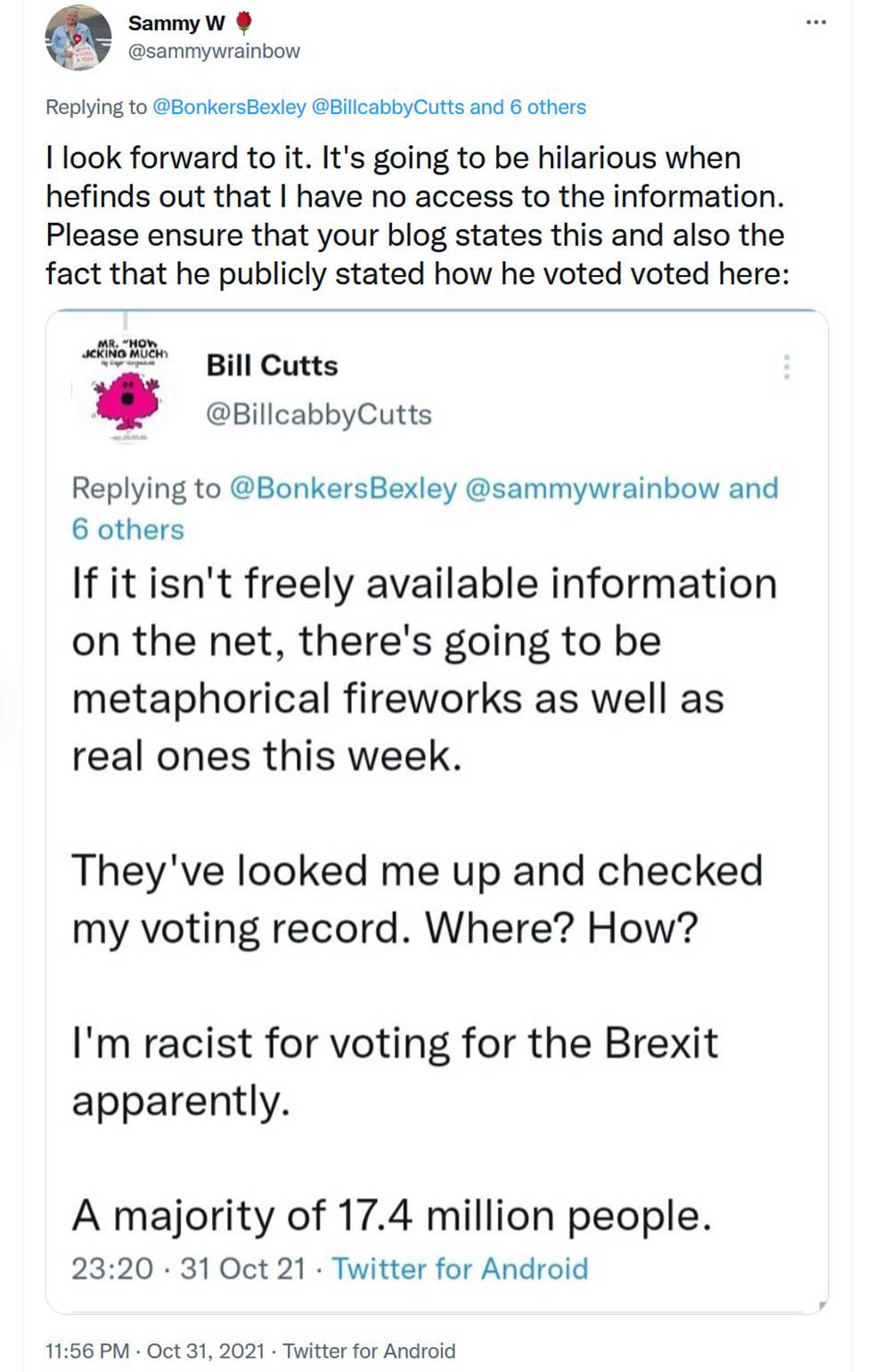 I have followed Sammy W on Twitter for a long time, I haven’t a clue who she is, whether she has a formal role within Bexley Labour etc., all I know is that she is politically a fair way to the left of me.

That is a perfectly OK position to adopt, she is entitled to her view and I know some really lovely ladies who are well to the left of me. In any case it would be silly to allow Twitter to become a personal echo chamber.

Without Sammy I would not know what the initials PMSL stood for. I had to Google it and rather wish I hadn’t.

A few hours into yesterday’s Twitter spat Sammy sent me a Direct Twitter Message in which Bill was said to be a campaigner for UKIP, The Brexit Party, its successor Reform UK and the British National Party.

Clearly it was not intended to be a compliment.

I responded along the lines that I would be trying to walk the tightrope of not damaging either the Conservative of Labour election campaigns (see below left) and to be honest I doubt anyone would be influenced even if that was my goal.

Back came the inevitable reference to Bill being a racist to which I responded that BNP members were not all racists. (Below right.)

At the very same time Bill Tweeted that he expected to be called a racist before too long and I told him he already had been. Naturally Bill was interested in exactly what was said and I told him that I was considering how I should inform him.

Later on as his argument with Sammy developed she Tweeted that she was looking forward to seeing her Direct Messages given wider circulation as long as it included Bill’s Tweet which confirms he voted to leave the European Union.

Which party he voted for is left to speculation; presumably Conservative in December 2019 for Let’s Get Brexit Done. The Brexit Party did not stand in Old Bexley & Sidcup.

I have absolutely no idea why Sammy believes that to be relevant but there is no reason to deny her request; (to the left above) nor for that matter do I understand the comment about a “troll friend”.

So with the agreement of both parties the Direct Messages appear below.

As far as I can judge all the DMs show is that leftists are inclined to shout racist whenever an argument gets heated but it is not exactly news and they seem to regard doing so as a badge of honour and something that should be more widely known.

Obviously I do not understand the Socialist mind. 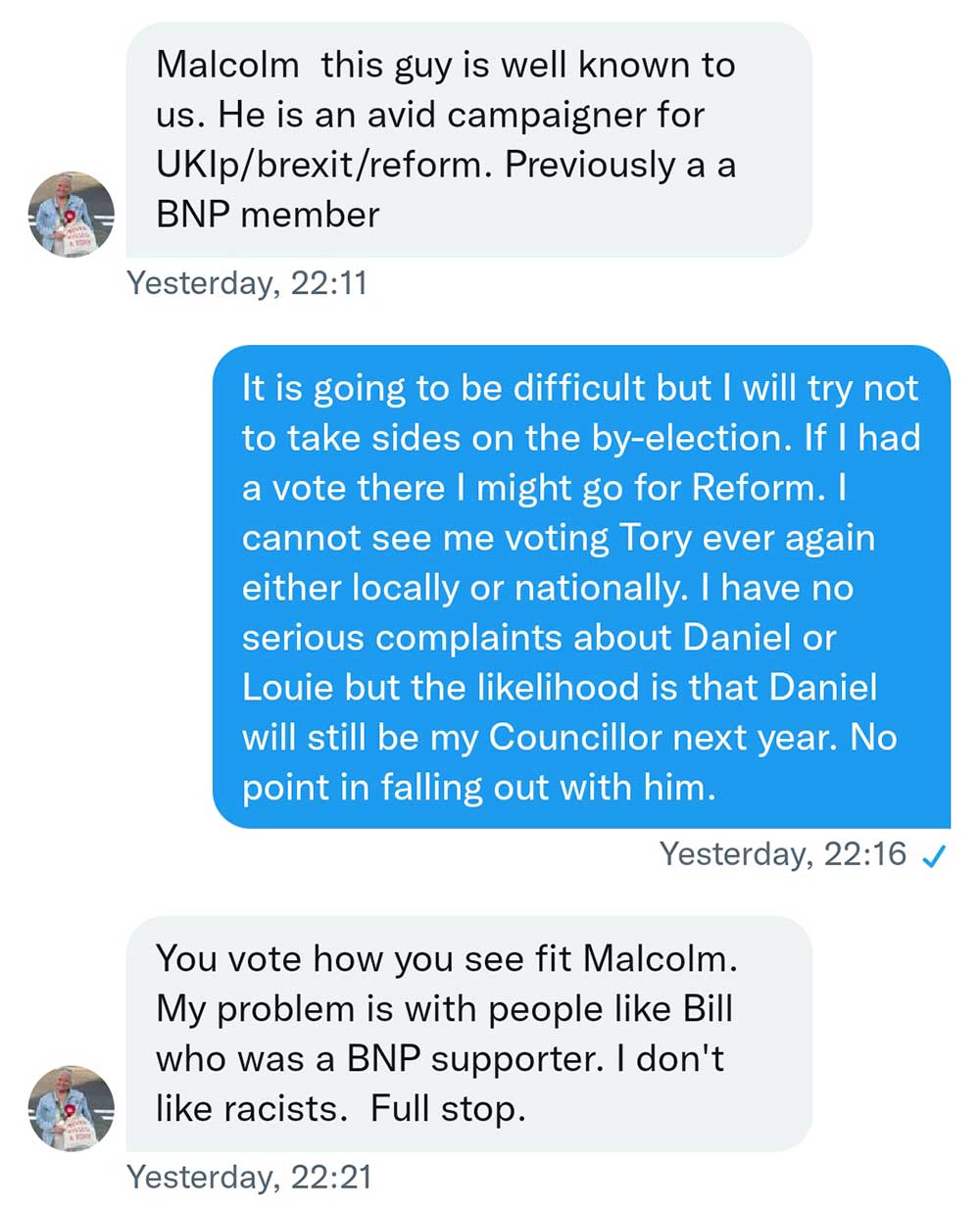 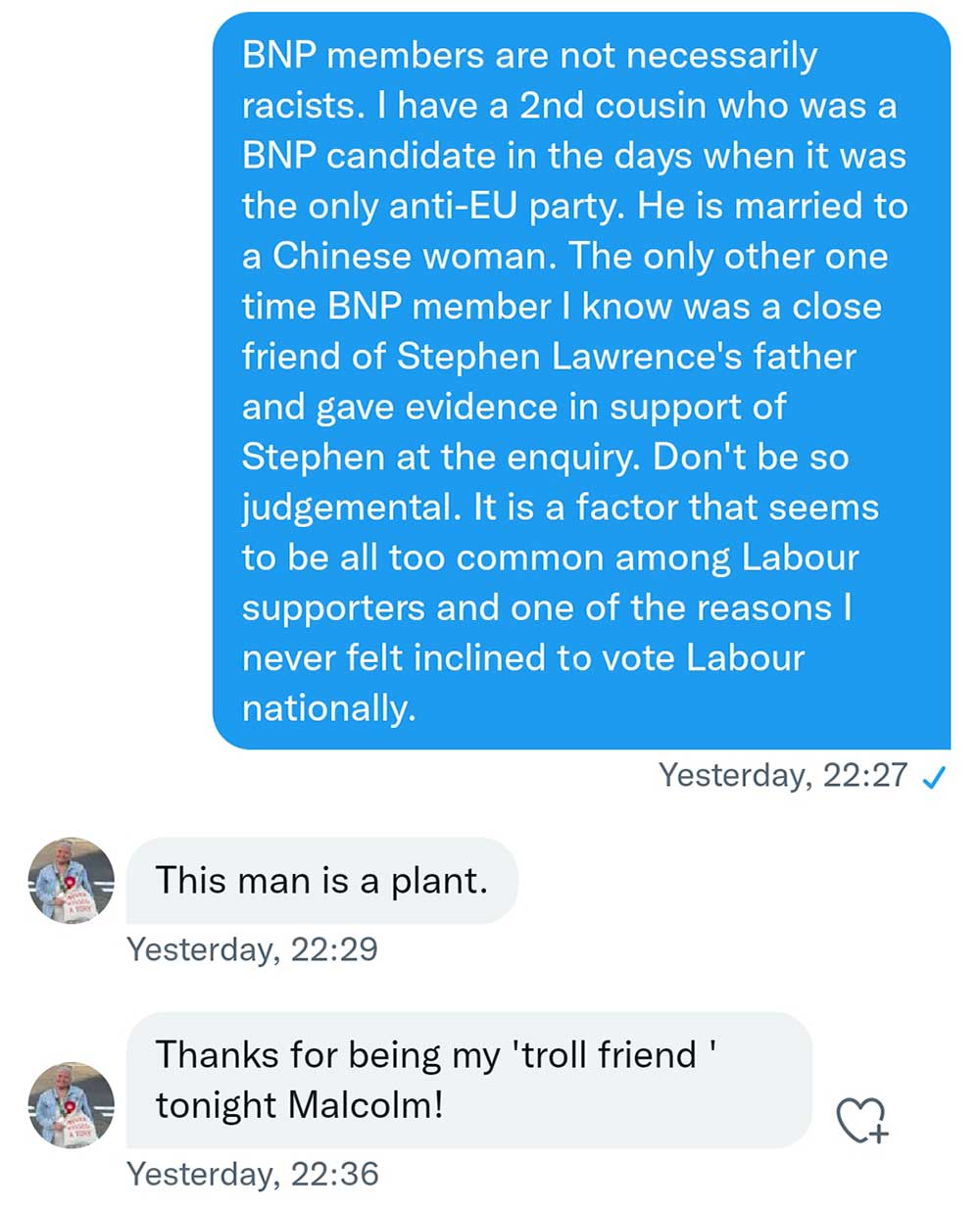