Councillor Seymour (Conservative, Crayford) asked Peter Craske what he (not Bexley Council) had done to address climate change. The question had already been asked by Felix Di Netinah which allowed the two Councillors to exchange some quite good jokes.

“I am going to be very energy efficient and refer to the answer I just gave.” Back came “I am all for recycling.”

The Cabinet Member who only a few years ago announced that Bexley would plant no more street trees unless a resident paid directly (£230) for each one said that he had planted 1,100 street trees.

Councillor Moore (Conservative, Longlands) was next with a question about County Gate which was reported yesterday. 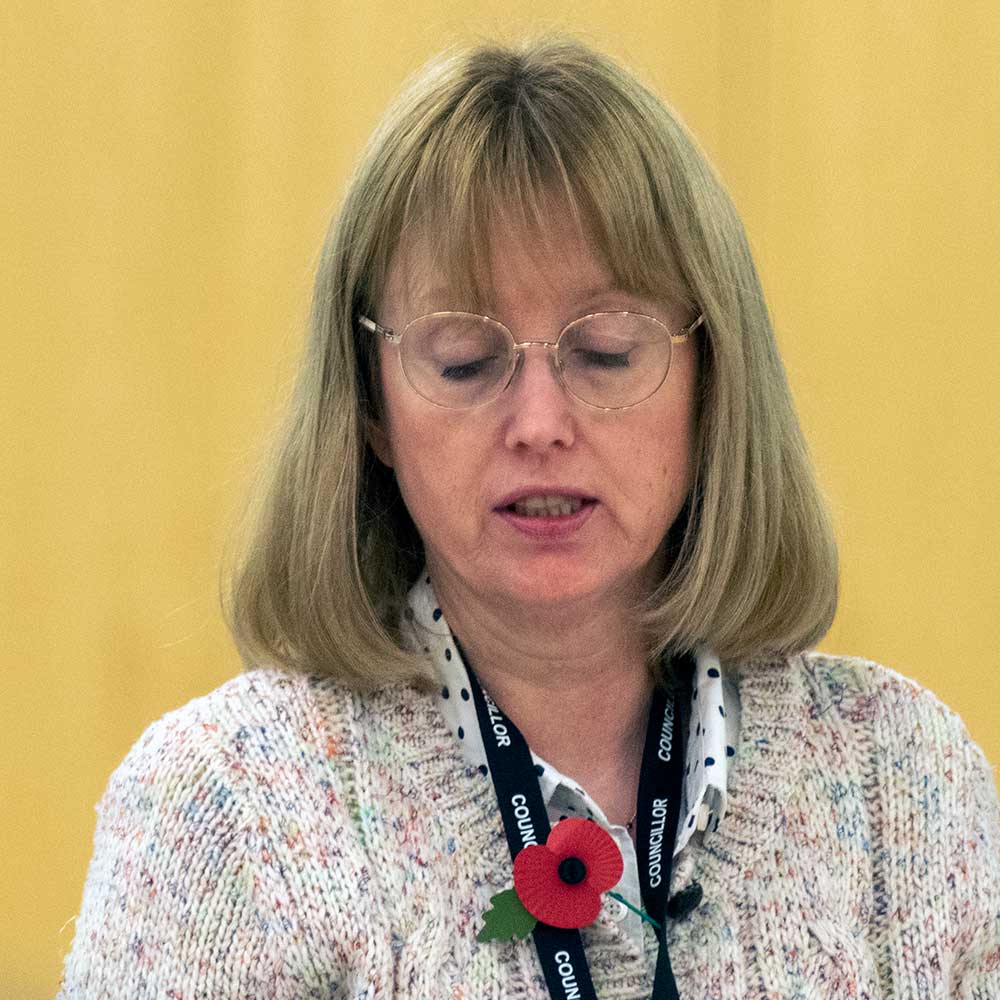 Labour Councillor Wendy Perfect (Northumberland Heath) asked Cabinet Member Sue Gower to report on the discussions she has had with Orbit about the many problems at Becton Place.

There has been almost daily communications with Orbit’s Directors. Orbit has apologised for missing the October meeting and another is scheduled for mid-November. Every resident should have been provided by now with a circular explaining the situation.

Councillor Perfect said there was “a clear disconnect between residents and Orbit.” The Leader, the Chief Executive, Sue Gower, the MP plus Cabinet Member John Fuller and Councillor Perfect had all been involved in pushing Orbit into taking their responsibilities seriously. “It is not good enough.”

Councillor Nicola Taylor (Labour, Erith) asked Cabinet Member Gower to elaborate on the Council’s use of the term “suitable housing”. Is Councillor Gower still confident that the housing provided by Bexley is “suitable”. She was.

Councillor Taylor brought up the example of a woman rehoused close to her abuser and the disabled man with “a leg in a frame offered a flat on the second floor with no lift”. Then there is the documented case of a family living in a house with no roof for three weeks. Can the Cabinet Member be honest?”

The answer was that “case work can only be discussed confidentially in full knowledge of the facts. It is not in the Council’s interests to put people into unsuitable housing”.

Councillor Richard Diment (Conservative, Sidcup) has the knack of asking questions more pertinent than some. “How is suitability determined”. It is done on “a case by case basis based on the information supplied by the applicant at the time. Out of borough placements have proved to be particularly successful with families taking a new quality of life and job opportunities”.

Time was then up leaving 26 questions unanswered.