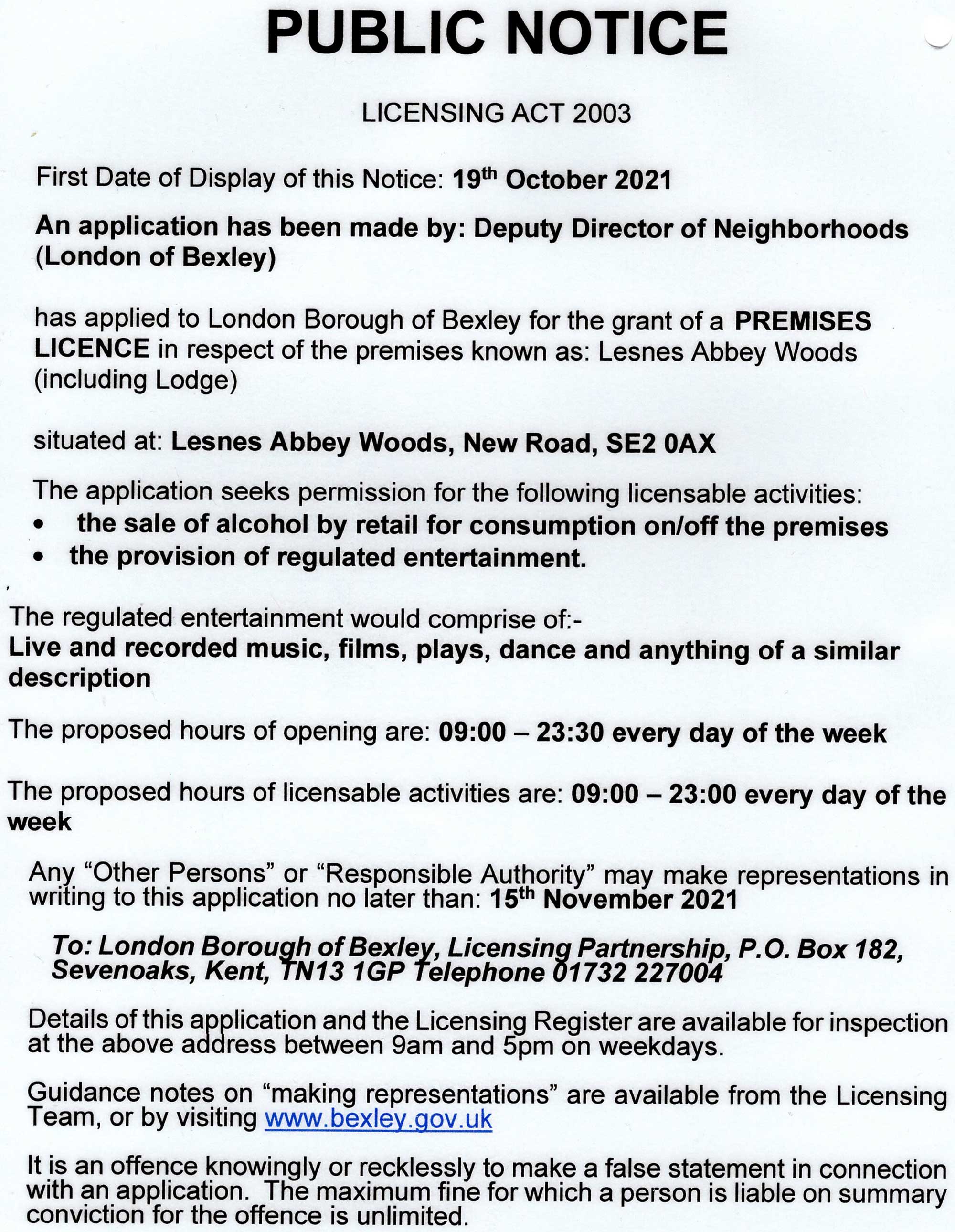 Only a week left to object to the all day alcohol and entertainment licence at Lesnes Abbey. Will it be noisy? Will it flood the local roads with drunks and cars? I don’t know. Would you go to The Lodge if it became a pub rather than The Harrow Inn? Sorry that’s a 13 year old bomb site isn’t it? The Abbey Arms then?

I wouldn’t go to a characterless functional box at the end of an unlit path up from Abbey Road.

Just what does Bexley Council plan to get the monks spinning in their ruin? Who better to ask than CC Events UK who seem to get their finger into a lot of the local entertainment pies these days and has contacts all over the place including the Abbey?

Nothing too raucous, no one wants to ruin the place after it has been transformed by £4·2 million of mainly Lottery money.

Maybe a regular quiz night, a film show on Winter evenings. The occasional 40th birthday party. Small wedding celebrations if they can get them. The Council has to get money wherever it can.

Personally I can’t see it getting many wedding bookings, all the weddings I have been to in recent years have taken place in magnificent country houses. Goodness knows where people get the money from. Maybe that will be Lesnes’s secret weapon. Prove to your spouse what a cheapskate you are on Day 1.

So that doesn’t sound too bad and if the parking gets out of hand there is always 020 3045 3000. Oh damn, unlike the park licence car parking reports are office hours only five days a week.

However the Licence Application turns out, and we know that already don’t we because all Council consulatations are a sham, a couple of the more boozy traders at the Sunday Farmers’ Market should be happy. They won’t have to apply for an alcohol licence every time they set out their stall.

Maybe it’s just Cabinet Member Craske’s way of dragging his 700,000 visitors a year to the park claim into the realms of reality.

Note: The path from New Road is illuminated.