The most reliably interesting part of a Full Council meeting is the Leader’s report in which Teresa O’Neill summarises the written article, 26 pages of A4 this time, and if she falls short of her usual standard you can always pass the time by counting the number of times she says something is “fantastic”.

On Wednesday she was eclipsed by The Alan Downing Show. 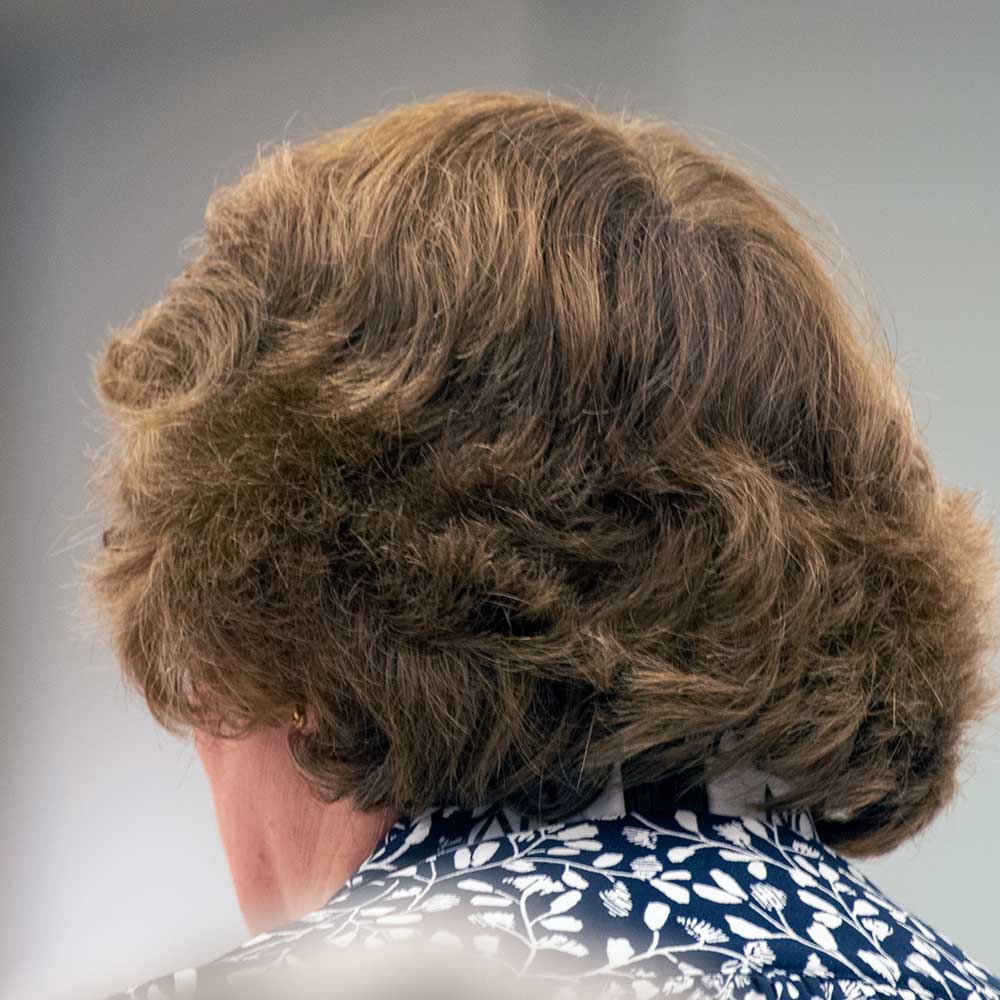 The report commenced with a tribute to James Brokenshire and a reminder that “he helped to create the Thames Estuary Board on which the Leader serves and secured £4·85 million towards funding a solution to finish our Crossrail One project and it was delivered last week”.

The Leader had visited the housing developments at Southmere Park and Park East (Arthur Street). “They are definitely places people will want to live in. It [Southmere] is brilliant.”

“What is not going to help is the Mayor of London’s boundary tax as it will stop people wanting to come in to our borough and that will apply to the whole of Outer London. We should be concerned about it.”

“The waste strike has been a big part of our lives since July and I want to put on record my thanks, our thanks, to all those who worked through that strike to deliver for our residents. Some were called some pretty nasty names especially from Members opposite and that was really out of order. I would also like to put on record our thanks to our residents for their patience throughout all that.”

“The strike cost us money and we will be collating that cost with a view to submitting a claim to Serco rather than just applying penalties. It is the right thing to do.”

“We have formally told Government that we will not be drawing down on the Capitalisation Order.”

“Our lobbying for fairer funding continues and Sir David Evennett MP secured a debate last week to discuss the disparity in public health funding. The Minister has agreed to meet me.”

Councillor Pallen (Conservative, Bexleyheath) caught the eye of the Mayor first. Oh dear, it was a question worthy of the sham members of the public. “Would the Leader welcome the Domestic Abuse Strategy committed to ensuring that no one lives in fear of violence and abuse”. The Leader, awful woman that she is, did not welcome it.

I jest obviously and Cabinet Member Sue Gower reinforced the message. Two and a half unproductive minutes.

Councillor Caroline Newton (Conservative, East Wickham) asked the Leader to expand on the half an A4 page of her report devoted to Corporate Parenting week. Councillor O’Neill said she “takes it very very seriously and it is a very important week”. Good, of course she does. We learned absolutely nothing except that Cabinet Member Philip Read (Children’s Services) is at home with a very bad cold. 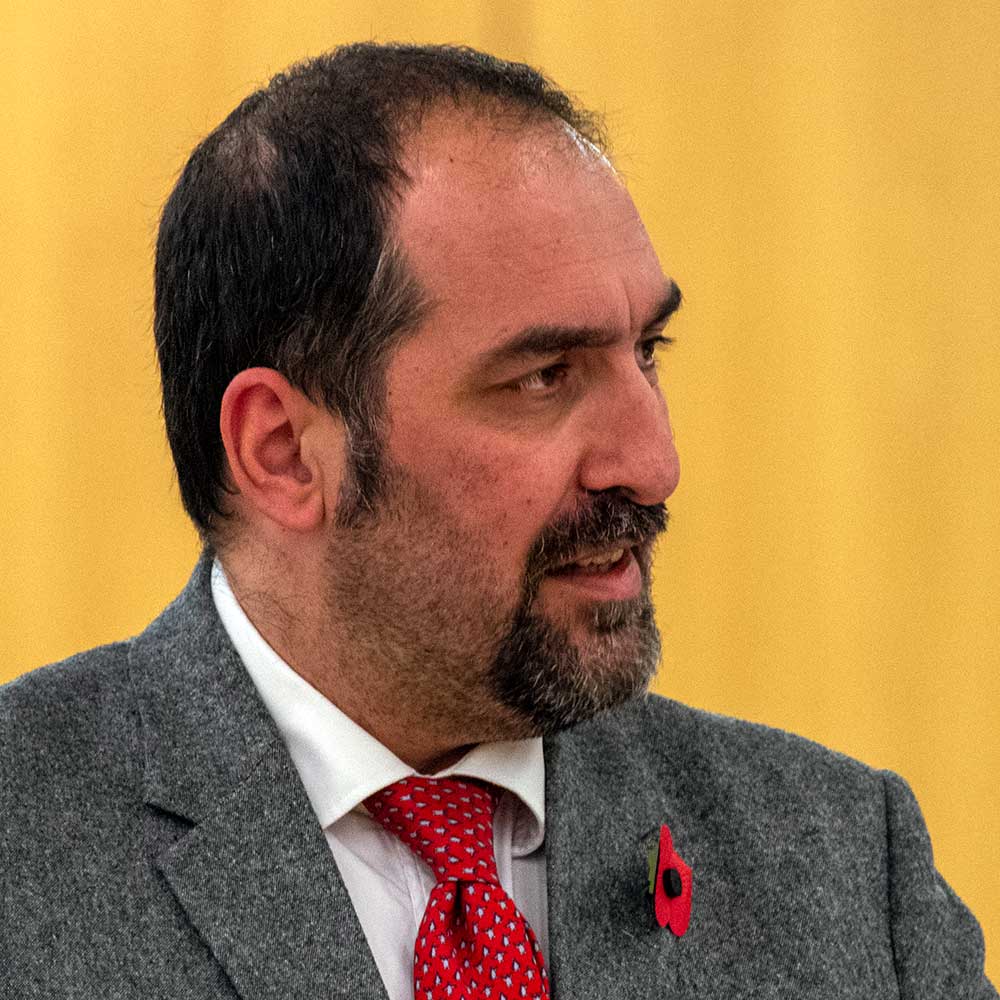 Could Labour Leader Stefano Borella (Slade Green & North End) do better? Not difficult. He wondered why the Leader’s Report had nothing on the housing crisis. “Is that because the party opposite has no solution to the Made in Bexley housing crisis?”

“Park East is one of the most disgraceful developments I have ever seen the Council do. An absolute disgrace. The community that was there for 60 years providing homes for people is all split up and where there were 255 social rented units there are now none. It does nothing to solve the housing crisis here in Bexley.”

“It was exactly the same on the old Larner Road Estate. At a recent Public Cabinet meeting the Leader said that public housing would be a retrograde step.”

Stefano also made reference to the coming Winter of Discontent, the cost of living crisis, rising fuel prices (my energy costs have very nearly doubled in just two months), the queuing for petrol (150 pence a litre in Thames Road and maybe elsewhere as well) and the National Insurance rise (extended to working pensioners too). Universal Credit cut and the Pay More Get Less Council Tax rises by the party opposite. “We have a plan for housing for people.”

He also complained about procedural errors at recent Scrutiny meetings.

The Leader countered by saying that her report did make a brief comment on housing but the Local Plan was on the Agenda tonight, the Motion in which Bexley Tories congratulated themselves for producing it. (They have no idea of what sensible people think about such time wasting shenanigans.)

“The rising cost of living is for Government to determine.”

Would Councillor Richard Diment (Sidcup) improve on his Conservative colleagues standard of questioning? Of course he would.

He revealed that “on the afternoon of Thursday 14th October there was a mass brawl in and around Sidcup High Street. Estimates of numbers vary but were in excess of 100. It was beyond the capacity of the Sidcup SNT team who needed significant support but it took the Metropolitan Police an hour to bring in additional officers apparently because they had no transport available. What happened in Sidcup shows that we are not immune from this type of incident and raises concerns expressed by many Members of this Council that the BCU arrangement in South East London put in place by Mayor Khan are stacked against the people of Bexley.”

“Can the Leader advise what discussions have taken place with the police?”

The Leader had spoken to the BCU Commander and said “it wasn’t good enough and if residents were not getting the service they were paying for perhaps they should be getting a refund”. (Serco bin strike anybody?)

She was “frustrated” that just before that incident in Sidcup the Met announced Town Centre Teams for Woolwich and Lewisham but nothing for Bexley. “It really isn’t on, the young people causing the problem may have come from the other boroughs and it is unfair.” She had told London Councils that the BCU model wasn’t working and other boroughs had said the same. “Labour boroughs too.”

Cabinet Member for Education John Fuller said there had been meetings of all interested parties, Police, Business Improvement District, schools etc. and CCTV had identified the culprits as mainly coming from outside the borough fully equipped and complete with Get Away cars. Some school pupils were already suspended.

Councillor Francis (Labour, Belvedere and Westminster) said he was still in the dark over the financial arrangements relating to CountryStyle. He had asked questions at the July Budget Scrutiny meeting where he was promised an answer in writing and again two months later and he was still waiting.

He also complained of what has been reported here before. Telephone reports to the Contact Centre about street issue get entered on to FixMyStreet and forgotten about. “What is being done about it?”

Also that the lack of School Crossing patrols is wholly blamed on TfL’s financial failings but it is not true. The Road Safety Policy Sub-Group of which he is a member has “information that the majority of the current shortfall in this financial year is down to the £50,000 cut to [Bexley’s] road safety budget and that is reflected in the Minutes of that meeting. When will the Cabinet Member accept that the Council’s budget cut is stopping the recruitment of Patrols?”

The Leader said that no one can remember what Councillor Francis’s July questions were so can he submit them again. She agreed that there were issues with FixMyStreet.

Cabinet Member Craske said it would be inappropriate for him to comment on the subject of crossing patrols.

Councillor Louie French (Conservative, Falconwood & Welling) descended into electioneering mode. “Would the Leader support me in opposing Sadiq Khan’s Outer London Tax?” if he had been listening Louie would know that the Leader had done so 30 minutes earlier. Presumably he also hadn’t heard the Mayor’s opening comments about no electioneering due to the imminent Old Bexley & Sidcup by-election.

“Yes of course” was the Leader’s succinct answer.

Councillor Howard Jackson (Conservative, Barnehurst) asked what the current budget monitoring position is. Cabinet Member Leaf clutching a large bundle of papers was asked to respond. The Mayor frightened by Councillor Leaf's propensity to speak at great length told him to be brief. There had been five Budget Monitoring Reports in just a few weeks and another is imminent. “We are projecting a break even position.”

Councillor Cheryl Bacon (Conservative, Sidcup) used up the last available minute of the session by telling everyone she had been on to the roof of the new library cum cinema and asked what was being done about marketing the flats. Cabinet Member for Growth Cafer Munur delivered a eulogy to Bexley Council’s astute investment of £7·8 million. “Marketing is well under way and you may find interesting Councillor Bacon that the opposition led by Councillor Francis opposed the Capital Programme which makes up the lion’s share of this investment. I think it sends a clear message to residents of Old Bexley & Sidcup, who delivers for them? One candidate who opposes regeneration and growth and investment and another who delivers it.”

The Mayor denied that Cafer Munur had been making political statements contrary to his earlier instruction not to do so.

The Mayor was unusually grumpy after the Motion nonsense and threatened to throw Labour out for their dissent - assuming that is what the Standing Oder waved at them said. The grumpiness was soon confirmed by the reprimand directed at Councillor Howard Jackson after he allegedly forgot to prefix the word Mayor with Mister. His face, caught by the webcam, was a picture!

The webcast and my own recording confirm that the Mayor should get his hearing checked out.