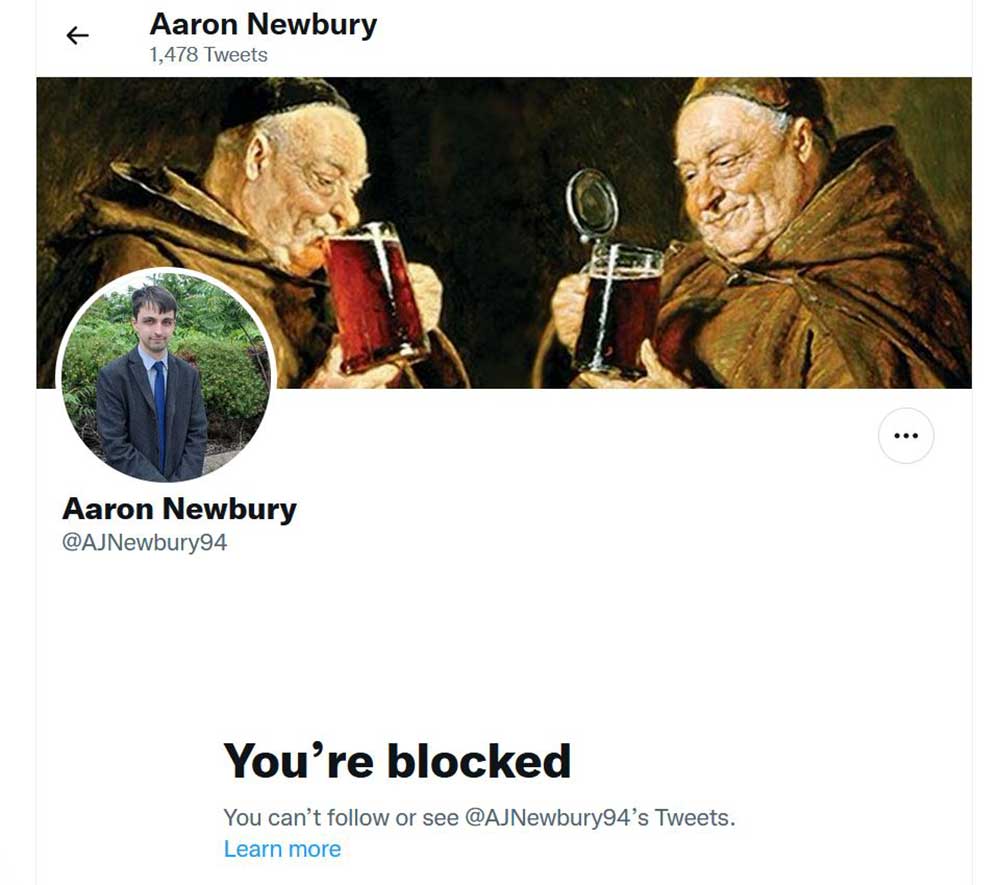 I was genuinely really thrilled to be blocked on Twitter by the Arrogant Aaron from whatever unfortunate Bexley Council ward he has been chosen to plague.

The reaction is two fold. The blog banner above will be fixed so that instead of the image being randomly selected from a choice of twenty or more, it will be fixed permanently until I get fed up with seeing Aaron’s name on it.

The other is that my decision to sit on the fence so far as the Old Bexley by-election is concerned is rescinded. Adapting Councillor Read’s implication, we need more honest Labour MPs.

Aaron has proved once again that Bexley can well do without the sort of people chosen to be Tories in the borough.

With Tweeting standards like this I doubt I will be missing much.