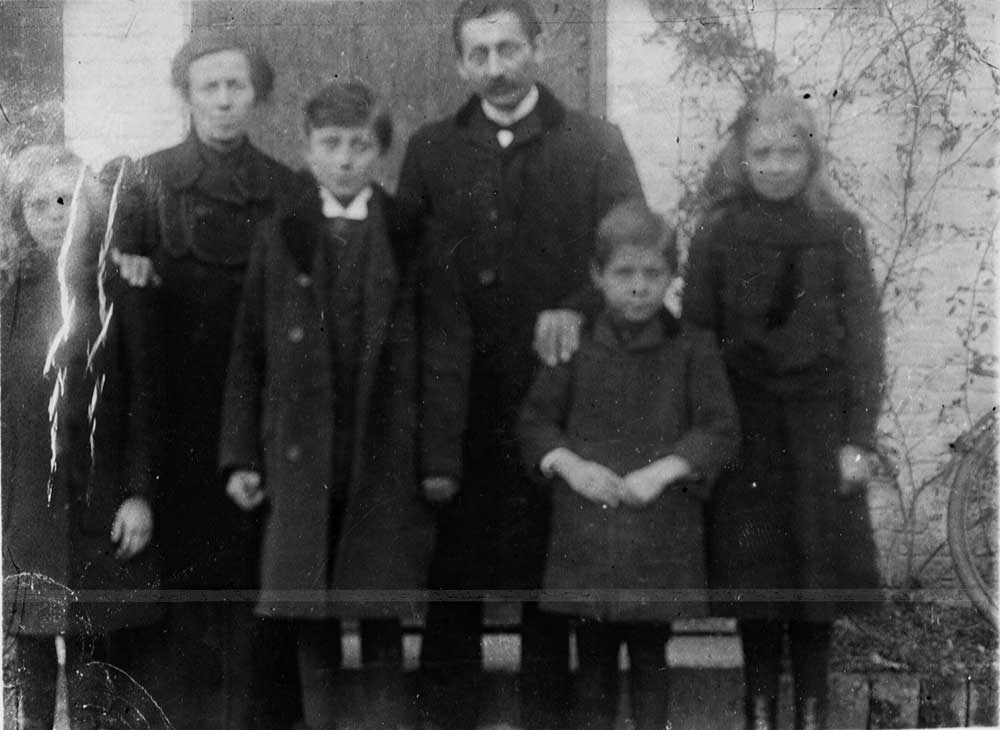 My Grandfather was a regular soldier in the Royal Field Artillery from 1913 to 1919 spending all four years of World War 1 in France and Belgium. He was at the Somme and Ypres but not being an infantryman was spared service on the front line although he did lose friends to snipers and horses to shrapnel.

He said or certainly implied he was never given Blighty leave over four years but he did once see his father when their paths coincidentally crossed on a parade ground. Granddad was apparently well looked after by a number of families and their attractive daughters and several photographs survive.

This is one of the Belgian Duhaise family (if I have deciphered it correctly) who sheltered him near Ypres and he carried it in his wallet, for luck presumably. It is surprising that his girlfriend Grace back home did not throw some of his photograph collection out.