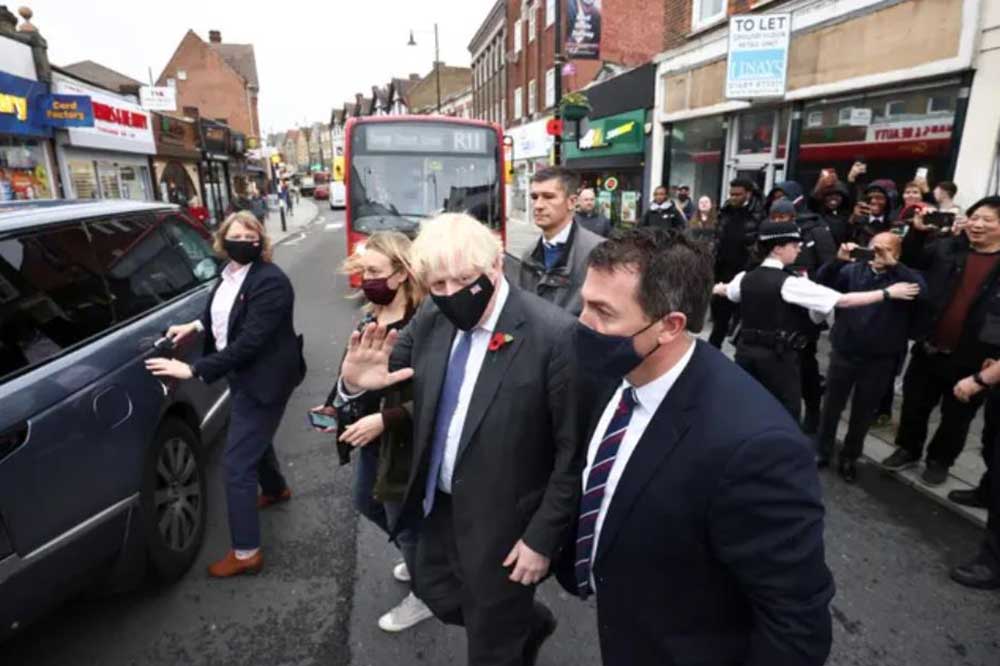 I had heard several times that the cinema with a library attached going up on the old Blockbuster site in Sidcup was an ugly monstrosity so when the opportunity arose to take a lift there soon after 1 p.m. yesterday I grabbed the camera and jumped into the passenger seat.

What I didn’t know is that the Prime Minister would be in town while I circumnavigated the ugly monstrosity. Our paths didn’t cross.

As you can see it is far too early to make such a judgment but windows not unlike the machine gun slots in an army pillbox may not be a good sign.

I walked to the station for my late running train (leaves on the line) and bumped into an old Crossrail friend from back when I took photos of the construction every day. 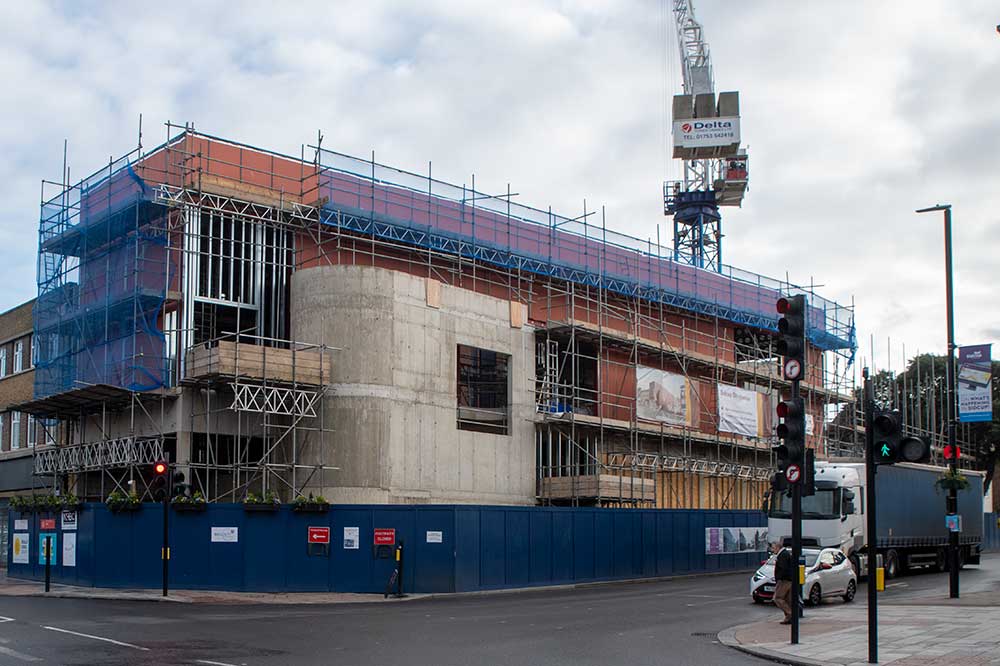 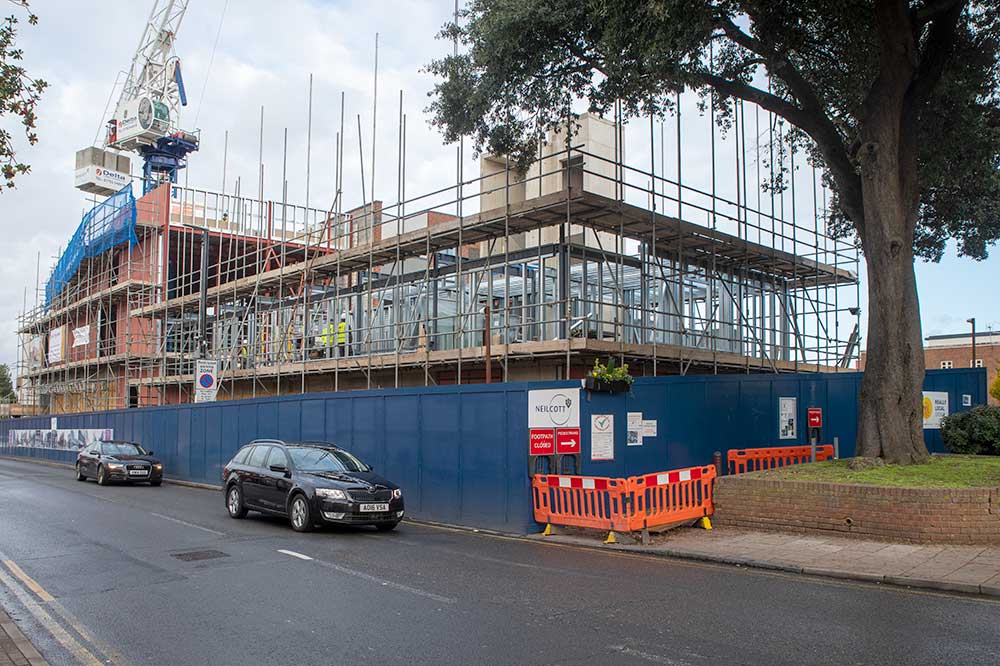 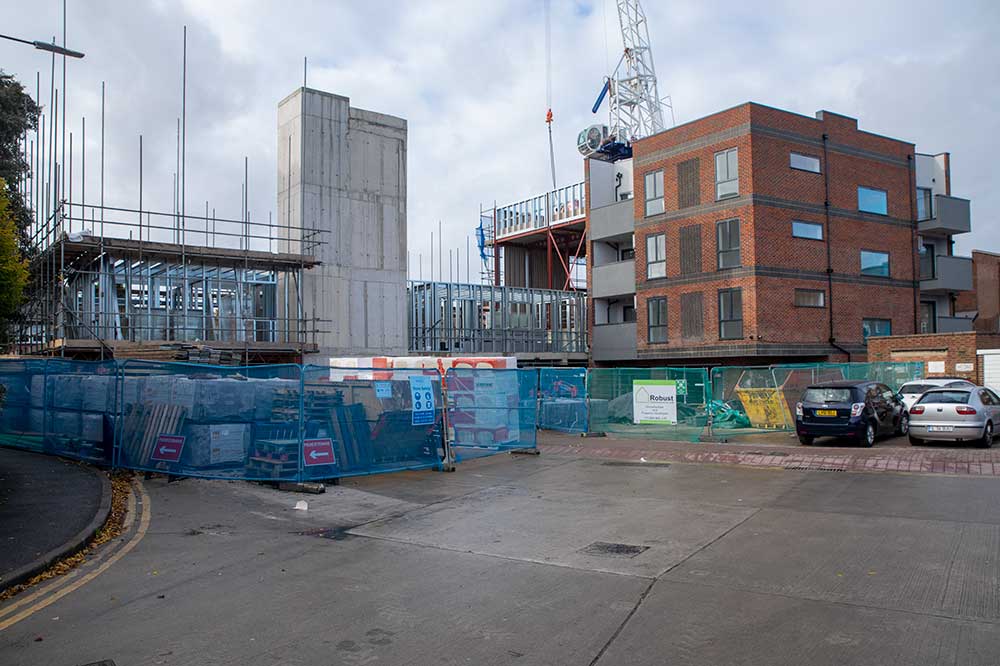 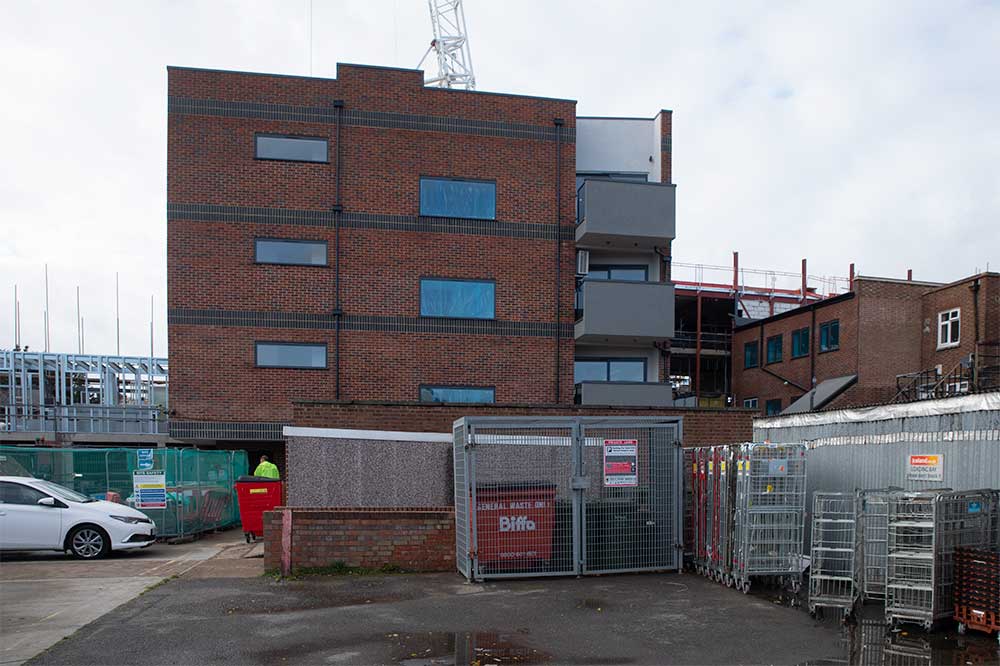 “What do you think of Bexley’s plan to run Elizabeth line trains down to Ebbsfleet.” He didn’t know that details were available; I elaborated.

I was really pleased to hear him say without me prompting that the passenger flows within the station would be a calamity. “Why did we install those escalators? Who will use the North entrance?”

My intimate knowledge of railways did not extend beyond underlining numbers in an Ian Allen book 70 years ago so it was nice to hear a railway professional picking the same holes in the extension plan as I did.

Back to the election. I expected to be chastised for pushing the anti-Tory case in Old Bexley but if anything it was the reverse.

Hi.
Recent activity in the South Welling area:
Tory: two lots of leaflets but candidate nowhere to be seen. How anyone can contemplate serving under that gangster Johnson is beyond my ken.
Brexit or whatever: one leaflet but candidate missing in action. Long may it stay that way.
Labour: doorstep chat with Daniel Francis and one leaflet. Comes across as a decent chap.

Ahh! The first confirmation that there is such a thing as a Labour leaflet. I was beginning to wonder.

There was only one blogging complaint this week. Someone objected to the poppy added to the banner. It shouldn’t be red apparently. It very nearly wasn’t there at all. The Royal British Legion was added to my woke list last year and I switched my monthly donation to another military charity. However for the sake of peace and quiet there are now two poppies on the banner. There may not be a poppy at all next year.