16 November - Elections. Bored of it yet? 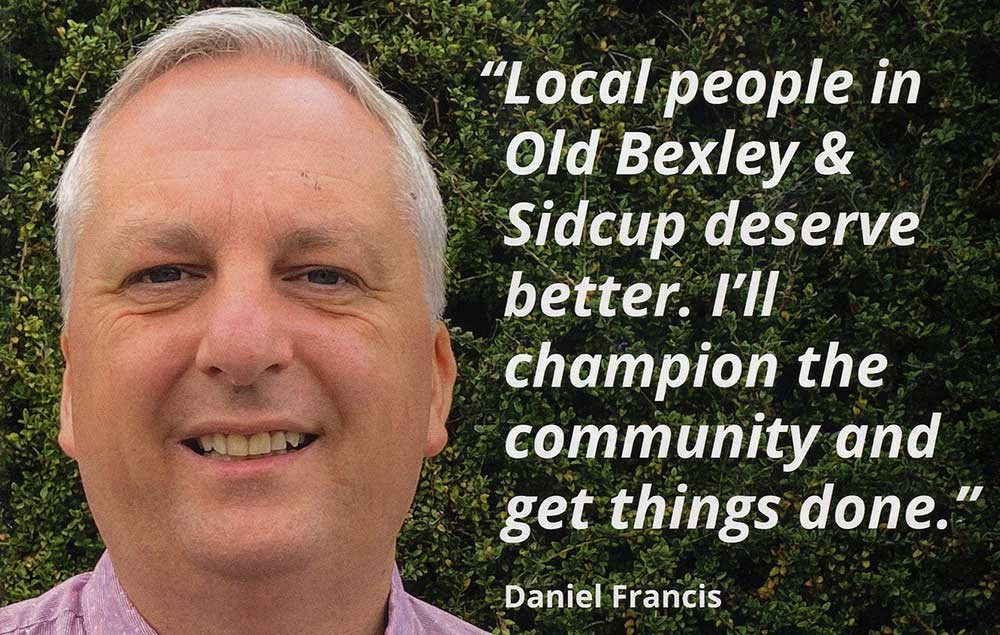 What’s to be done when you try to keep an archive of political promises to be used against candidates years later and none of my Old Bexley contacts have received anything from Labour?

Give Daniel Francis a shout perhaps? I did and the postman delivered next day! A procedure which can’t be repeated on the Tories but that is their choice developed over many years.

All the Old Bexley and Sidcup Labour material I have been able to locate is now Indexed here.

If you have been looking at the archive recently you may notice that the navigation has been simplified. (Labour and Conservative only so far.)

The Conservative and Labour candidates appear to be frightened of mentioning national issues. Daniel Francis lists some in his survey request (scroll to final page) but that’s it. Nothing similar from Louie French.

He mentions the beer duty cut and the fuel duty freeze but he forgets the big National Insurance hike and the loss of the pensioners’ Triple Lock.

Only the Reform Party remembers that this is a national election but the two Councillors are electioneering as if it was for Bexley Council.

One can understand Councillor French avoiding national issues because there is nothing to be proud of there but Councillor Francis cannot counter it while his Leader wants the same but more so. More tax, more lockdowns, stricter passports and please don’t mention immigration.

So Daniel lists all the local ills of which there are many and for which the Conservatives are responsible. But will he be able to do anything about them? No; even less so as an opposition MP as he could as an opposition Councillor. The same applies to Louie French.

It is all a bit mad, speaking of which the candidates are regretting the fact that no one has organised hustings. If they could find the time to look at the Electoral Commission’s website (just cancel their stupid Print pop up) they would soon discover that they could do it themselves.

Readers who have tried phoning the numbers printed on leaflets report that the answering machines say their offices are closed. What a shambles.