If feed back is to be believed, yesterday’s blog didn’t accurately convey my thoughts on the Old Bexley & Sidcup by-election. I don’t really care who wins, my interest lies in the shock value of the numbers.

The most likely result is that Louie French will succeed James Brokenshire and maintain the massive Conservative majority but him losing the seat would certainly shake the foundations of Downing Street. I suspect that a very obviously reduced vote would have a similar effect. James succeeded in 2019 on a 64·5% share of the vote; how low can it go this time around?

I have no issues with Louie French, I have every reason to assume that he walked away from his Cabinet Member job in Bexley for the same reason as his predecessor. It isn’t possible to change Bexley Council for the better while Teresa O’Neill is its Leader.

The issues I have with the Conservative Party start at the top but do not descend down to back benchers or Bexley Councillors. The problem is that Boris Johnson and his allies are not recognisable as Conservatives. 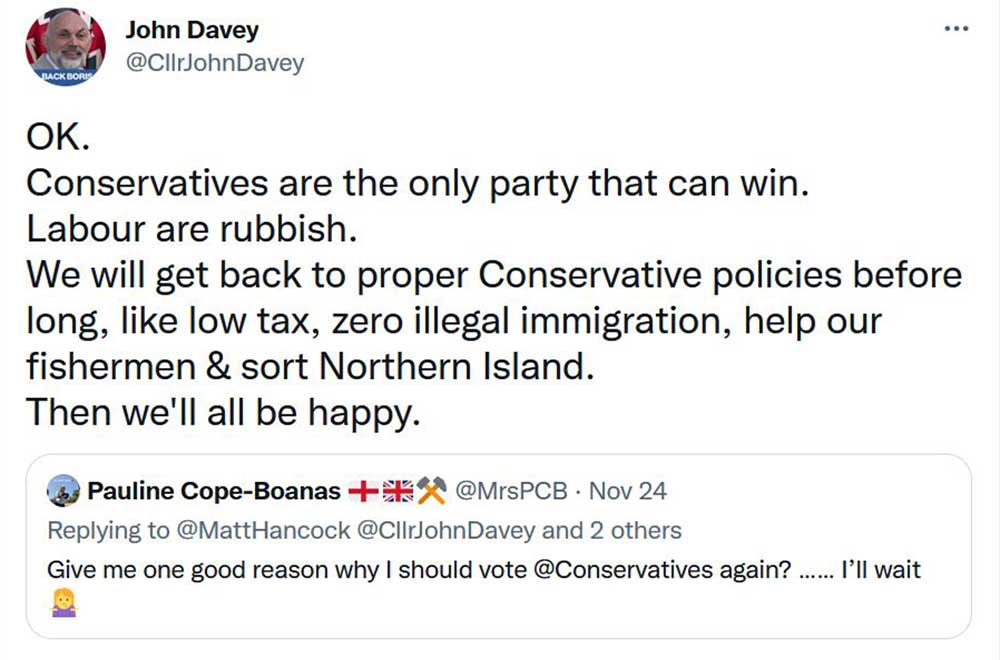 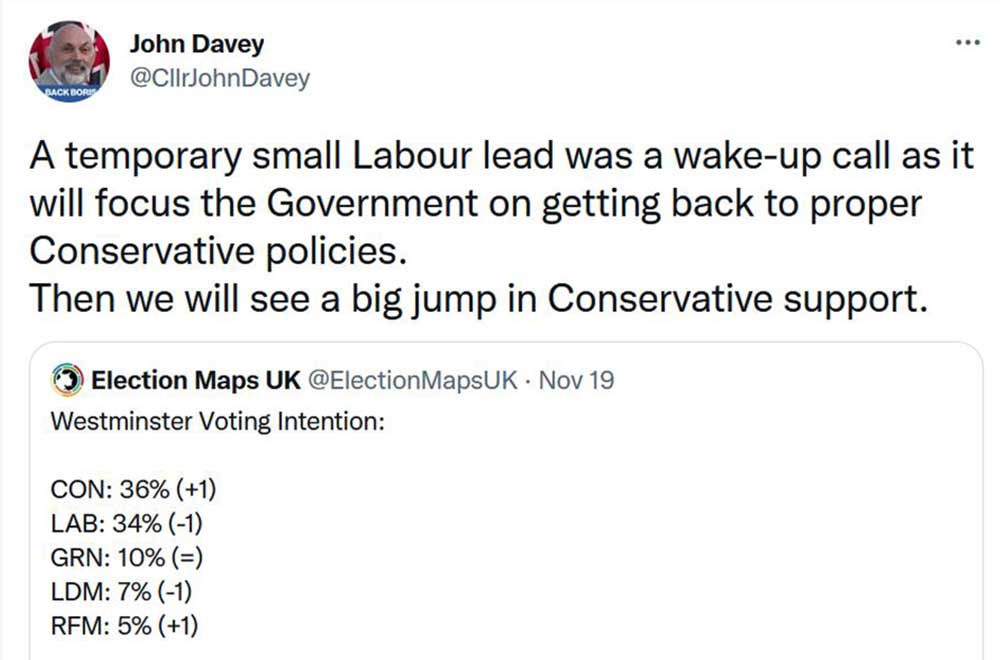 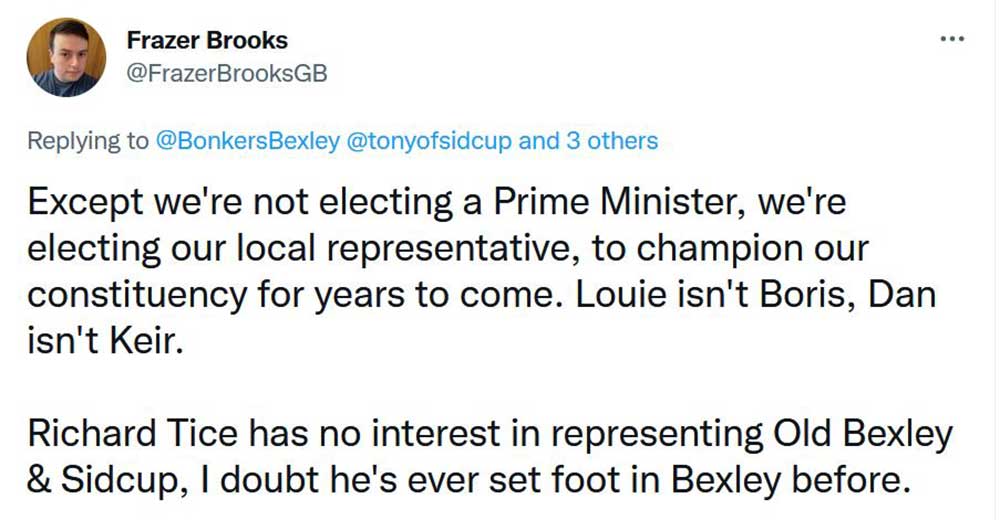 Councillor John Davey (see the three very recent Tweets above) says things far more succinctly that I ever could. He recognises that the Government has lost sight of Conservative policies and John is not afraid to say so.

Like me he calls for a wake-up call, not perhaps as big a one as I would like to see but the two of us are in the same ball park. Some of his colleagues have similar thoughts but not as willing to go public with them.

John is ֹ‘old school’ְ like me but younger Conservatives take a different view. Frazer Brooks who is a Parliamentary researcher and Falconwood hopeful believes that “we’re electing our local representative” which is of course true but the reality is that until the greasy pole is climbed their influence is very much limited. The term voting fodder comes to mind.

If Louie found himself at odds with Government policy because it would adversely affect Bexley his Parliamentary career would go on hold for years to come.

Best to listen to the voice of experience, the voice of John Davey. “Getting back to proper Conservative policies” is all that critics like John and me are asking. Johnson is ignoring us and if it continues then one way or another he will have to go.

There is no sign of that right now as the Conservative HQ organised Old Bexley campaign shows. Already half the Cabinet has been in Bexley. Who next? Nadhim Zahawi, Sajid Javid or Michael Gove will pretty much complete the set.

Note: Yesterday’s blog has been modified to hopefully address some misunderstandings.