A review of the number of Conservative MPs who had Tweeted their own presence - or had a colleague do it - in Sidcup or Welling for the by-election has seen the total increase to 56 and thanks to the generosity of readers the leaflet archive is enhanced. Conservatives, Labour, Lib Dems and Reform UK have all been busy in recent days.

There is an interesting article on the by-election in today’s Daily Telegraph. It sums up what I am hearing on all fronts. I was at an 80th birthday celebration yesterday and the last time I had seen some of the people there was on the 70th. The anti-Johnson feeling was universal, on Covid, on immigration, on Green issues. He was condemned by everyone. Who are the pollsters finding? What are the small Council by-election voters thinking? 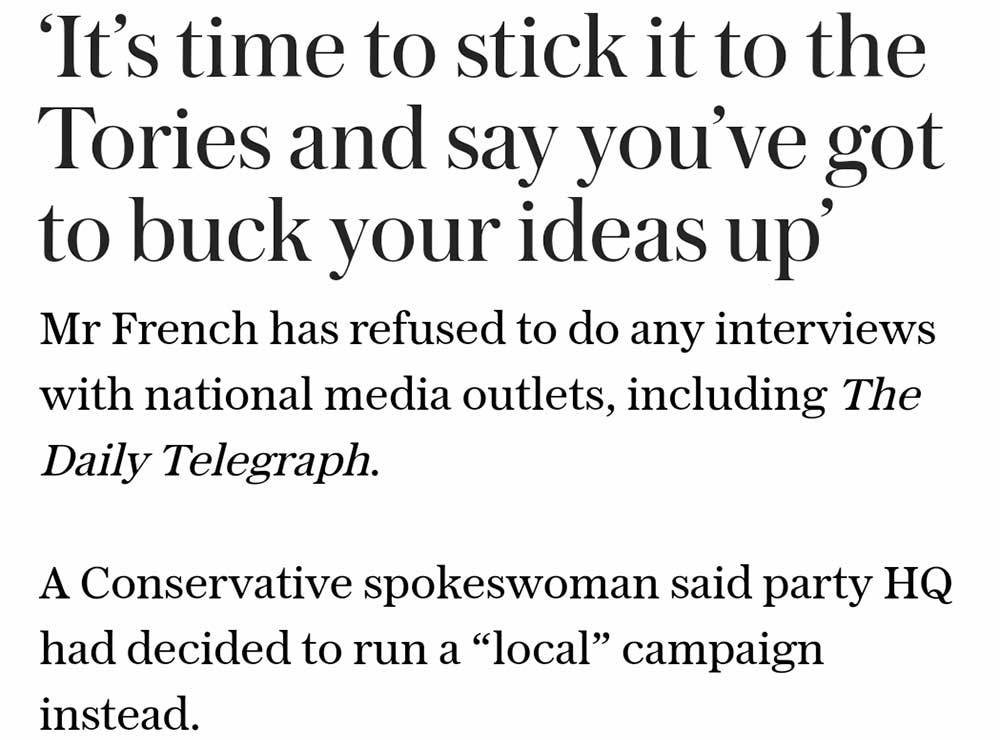 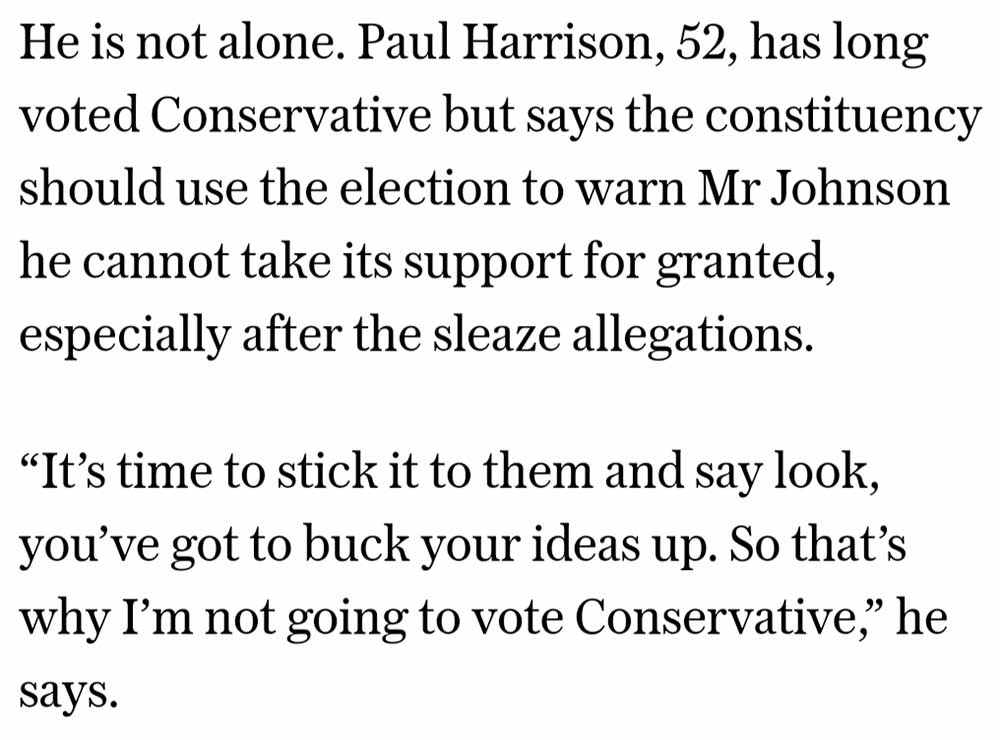 It is more than likely that some Conservative Councillors are having similar thoughts and some have made no secret of it.

It may be possible to deduce a few other things too…

Councillors don’t give much away but over the years I have spoken at length to getting on for ten of them and whilst they are individually close lipped one gradually builds up a picture of how local Conservative politics works.

There is undoubtedly personal animosity and rivalry and the big division is probably between pro and anti-Teresa O’Neill factions. Some have actually said so. It may be a Bexleyheath & Crayford Conservative Association versus Old Bexley & Sidcup division. Again some have said so but where the Erith & Thamesmead Association stands, no one has said.

A study of all the photos of Councillors out in support of candidate Louie French reveals that there are really not very many. Nothing like the 56 MPs. Congratulations to Richard Diment and June Slaughter for getting themselves into almost every photograph.

But what about these? Conspicuous by their absence.

A word of caution may be necessary. Many of the Councillors in the second list have been out canvassing for the May 2022 Council elections, the accompanying captions say as much and the leaflet in their hands is not one for Louie French.

Does that not say an awful lot about Councillors who would rather be out looking after their own seats than work for success in Westminster? With friends like that…

Two Councillors, Sue Gower and Peter Reader have their photographs appearing in a montage of photos which promote Louie but the leaflet on show suggest their inclusion is an error - deliberate or otherwise.

As you can see, the lists suggest a Crayford, Erith, Old Bexley constituency divide and it may be that the Blackfen exception is something to do with James Huntְ’s Mayoral responsibilities.

If the above analysis holds water, and a small number of Councillors say it does, it poses one big question. How can a successful Louie French push his local Agenda if he is opposed by a petulant and resentful Teresa O’Neill in Watling Street?

She was almost certainly the reason for Louie French wishing to move on. My sympathies lie with him; pity about the Boris factor.

** Sue Gower is under doctor’s orders to take things easy for the time being. I’d guess from comments elsewhere she would be a Louie supporter.