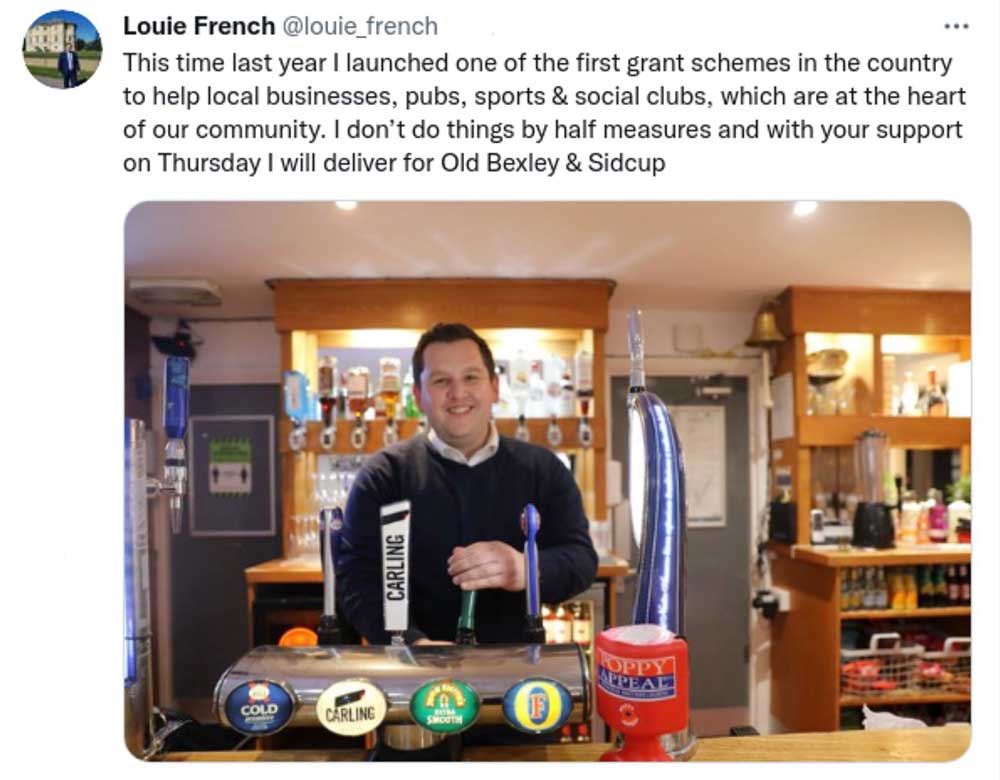 If it was not for Boris Johnson and his set of useless Cabinet cronies, plus the fact that I do not have a vote in Old Bexley, I would probably be voting Conservative on Thursday, same as I have at every General Election since 1964.

However this photo worthy of the Peter Craske school of politics may have made me think again.

I wonder what Rishi Sunak thinks of Louie stealing his thunder?

Louie’s Bexley Cabinet position last year gave him the responsibility for implementing various business grants schemes and more than one Conservative source who I have learned to trust said he made a fine job of it, but surely this morning’s Tweet implies far more than it should?

In updates to recent blogs the number of MPs to have visited Old Bexley and Sidcup has risen to 58 and Cabinet Member Sue Gower has not been out for Louie French because she is temporarily incapacitated. Some Councillors are more open to questions than others and it is good to correct any disinformation.

It is also pleasing to note that Councillor John Davey is pictured alongside Brandon Lewis MP. He will pop up occasionally on the random banner presentation above. An earlier reference to him not yet being photographed alongside Louie has been removed.