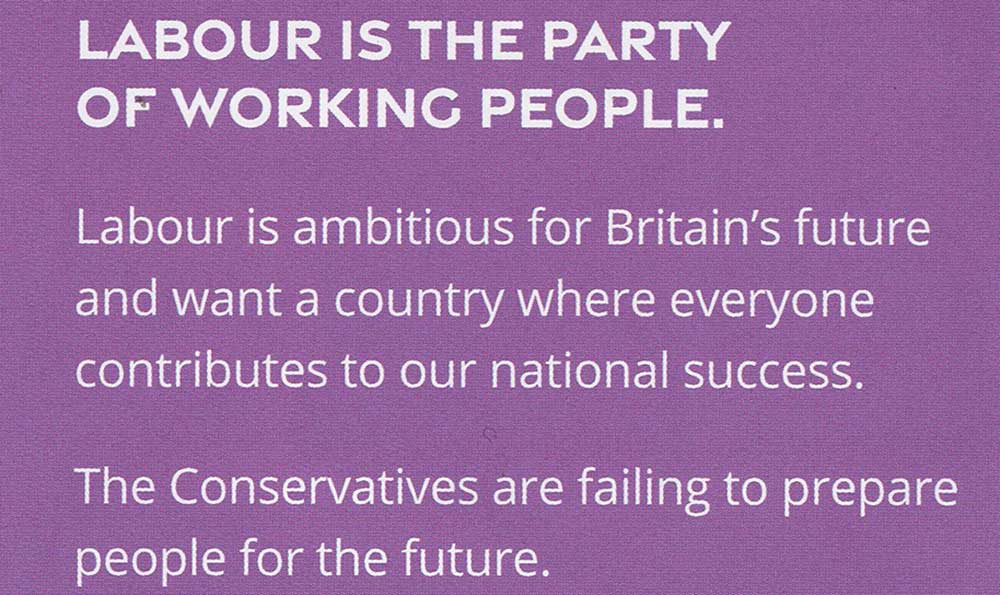 No that headline is not a throwback to the 1979 General Election campaign but a reference to the fact that the Labour Party locally seems to have landed the first blow for the next election campaign. Local next May probably but maybe Boris Johnson will own up to the mess he has created and run away.

Stumbling out of Sainsbury’s this morning, heavy bag in each hand, still in shock from passing a BP station with its tanks full and not more than four or five cars queued in the road, a man with a bundle of leaflets in his hand stuffed one into my bag.

It has been added to my collection of political leaflets.

To be honest, if I had been writing that leaflet I would not have bothered with the final six words.